Is Beach Club all it's cracked up to be for First Timers?

Alternative title: I’m the greatest brother in the world, and here’s why:

Ok, so some of you might know I’ve been trying (aka pushing… shoving…blackmailing) my family to go to Disney. Not necessarily with me (though that is an end goal), but just so they finally go (and stop giving me crap about why I go). I finally convinced my brother and his wife, and they planned to go in 2020, with the understanding they go on my points and won’t need to worry about the hotel room. But … the plan fell through. (I dunno, something about a “panorama” or something? – I wasn’t paying attention).

Anywho, before they scuttled plans, they stressed they wanted to stay at Beach Club. Even after I offered up a BLT Theme Park room.

So my question is: is BC really going to cement in that Disney-addict stuff? Or should I push really hard for them to stay at BLT? They’re basically first timers and a mild annoyance comes up whenever I talk about Disney (so I don’t talk about it all that much). They want the least amount of stress possible when it comes to the trip, so I think they think BC will provide that over BLT.

Currently, I’ve loosely convinced them to go again in September 2022. Should the panorama not be resolved by then, they will cancel. But we’ve entered the time frame for DVC so I’ve booked them a BLT Theme Park Room on my points. But as I also remembered they wanted to do beach club, I put in a request at DVC Rental Store for them as well for the same week(as it’ll likely be booked up by the time my DVC points become valid there). I’m going to give them the choice of where they want to stay with the same conditions as before and, depending on how their decisions play out, deal with the aftermath.

I mean, saying “no” to this? That’s insanity, right? 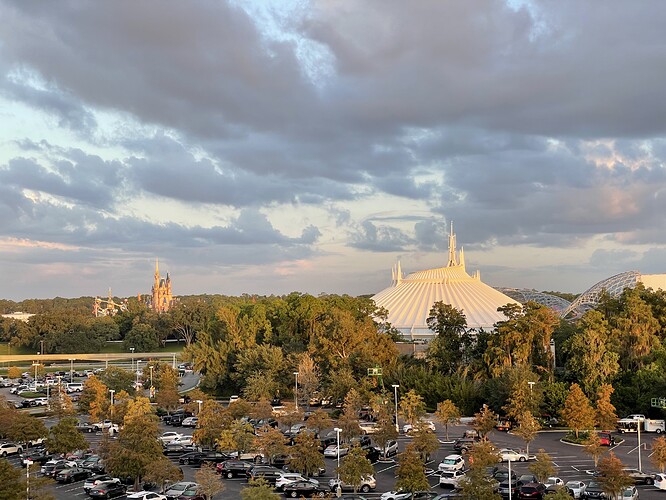 I have never had a desire to stay in BLT. I imagine I will someday but it’s not high on my priority list. Mainly because the CR in general feels sterile and not overly immersed in That Disney feeling.

I love walking into the Poly or BC and having that smell hit me! You said they’d have kids. What are their ages? My kids loved BC for SAB. My youngest was newly five and that’s probably the youngest kid I’d feel comfortable having at that pool. Maybe my answer would be different if I had less than 4 kids.

We had a 2 bedroom at BC in May and I loved it. The space was excellent. We had a studio in August for nights after being at the BWV in a studio for 2 nights and I like the studios at BWV better. I think they are a little bigger maybe and the storage was much better at BW.

I love staying at the Epcot resorts just for the sake of easy access to EP and HS and I love the BC’s theming. It’s beautifully done and feels very Disney and whimsical to me.

I don’t know how long the trip is but could you do a split stay between BCV and BLT?

The CR complete sterile-ness didn’t translate to the BLT suites for me, thankfully. There’s at least mickey pictures and what not. It is the “bare minimum” though.

As far as the ages, the kids will be 4 and 1. I figured a studio will be plenty big (aaaand frankly all I can afford)

As far as the split stay, as their priority will be “no complications” I don’t see that being a possibility.

I would think BC would be a better fit. Non-Disney people will not care one bit about seeing the castle from their room. Also walking/boating/being near 2 parks is better for most adults. I’d say go with BC, if that is what they showed interest in.

To me that view is mostly parking lot. They probably don’t know or care what Space Mountain is. Yeah, you can see the castle, but it’s mostly parking lot. Show them a picture with fireworks in it. I’d rather stay at Beach Club. I WOULD prefer a monorail resort over beach club if it were Poly or GF.

I agree to not do a split stay with them. I want them to love it too! Aren’t BLT studios some of the smallest?

I’m going to be that person and say that I don’t care for either resort really. But honestly, I especially don’t get all the love for the Beach Club, especially for people who live in this area, which I’m assuming they do.

Why spend all that money to go to BC, when you could drive an hour and see the real thing for less money? I just seems like a waste. I would rather go see something new and unlike where I live.

The kid can sleep out on the balcony! So what! hehe

It’s small, but not that much smaller than, say, SSR’s usable space. I don’t think they’d even notice if it wasn’t pointed out to them.

4 people, all who hate BLT and its view. So I see “insanity” is contagious. Must be that panorama I’ve been hearing about

Also, for kids 4&1, proximity to Epcot isn’t as important as proximity to MK. I would definetly stress that point.

This was a strong selling point originally, which made BLT the #2 option (as opposed to say the Poly or GF, which they weren’t really interested in either)

4 people, all who hate BLT and it’s view.

I don’t hate it, I’ve done CR TPV once and while the resort isn’t for me per se, I’m still glad we got to experience it. I would choose it over BC any day. 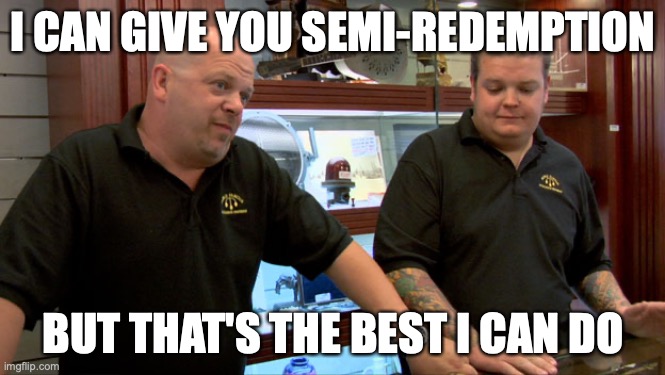 The CR complete sterile-ness didn’t translate to the BLT suites for me, thankfully. There’s at least mickey pictures and what not. It is the “bare minimum” though.

That’s why it’s so awesome that there are so many resorts to choose from. I think you give them what they want (and by the way that is insanely generous of you, indeed) as they are more likely to enjoy it vs considering “why did we let him talk us into this?” the whole time which could backfire on your desire to cement a love for Disney (which, sadly, may not happen no matter where they stay. Not everyone is awesome like this group)

How awesome is that?!

Aren’t BLT studios some of the smallest?

Also, for kids 4&1, proximity to Epcot isn’t as important as proximity to MK. I would definetly stress that point.

But also for this reason I would really actually recommend PVB. Why? Pull-down bed for the 4yo means more usable “living space” for not needing the sofabed/murphybed thing. AND they get the extra bathroom. So Mom or Dad can be bathing one or both children while the other gets ready; then that parent takes over while the bather-parent gets ready themselves. Also, monorail access at its finest here, really.

as opposed to say the Poly or GF, which they weren’t really interested in either)

Oh. Disregard then I guess LOL

I have never wanted to stay in the CR but I do enjoy BLT. Visually, BC is much more appealing for many people. I know SB is a high selling point for families with kids but with a 4 and 1 year old it could be stressful.

For me it just comes down to what parks they would most enjoy with young children. My answer would be MK/AK for BLT would be my choice.

Actually, WL or AKL would be my choice.

I love BC! Well, I stayed at YC but a similar situation. But… with a one year old, you cannot beat the monorail resorts. When DS4 was 1, we stayed at Poly and it was so nice to be super close to MK. This year we stayed at YC, and we loved being so close to Epcot and HS but… it wasn’t our first trip either.

What about a split stay? Next year we are doing an Epcot/MK resort split stay so that we can hopefully have the best of both worlds.

What about a split stay?

No, they won’t want to do a split stay. Split stays do not make a trip easier or less hassle free, which is their goal. With split stays, you’re giving up your luggage for a day unless you have a car and transfer it over yourself (which they won’t). So there’s no way they’ll want to do that.

I’m really into having a room with a view. Hence my current accommodations. But I have a friend who thinks I’m an idiot for paying extra for a view. She would never do that.

(That same friend also sneered at me when I told her about visiting a Club 33 lounge. She said, “So you went to a restaurant? How is that exciting?” Some people dream of visiting Club 33. Others are utterly bored by the idea. Most are probably entirely indifferent.)

So … give them the trip they want. Not the one you want them to have.

So … give them the trip they want. Not the one you want them to have.

I mostly agree with this, but with the caveat that sometimes the trip they think they want isn’t actually the trip they want.
@OBNurseNH , myself, and all the other TA’s on this board have been in this situation 100’s of times. It’s really tricky to “qualify” (industry term) clients sometimes.

Why do they like BC? Why are they not interested in Poly or BLT? Sometimes it’s about the why, not the what.
(Edited for mixed metaphor correction.)

Which is why the question was

is BC really going to cement in that Disney-addict stuff?

and not “how do I talk them out of this?” As the “trip I want them to have” is the best trip they can have.