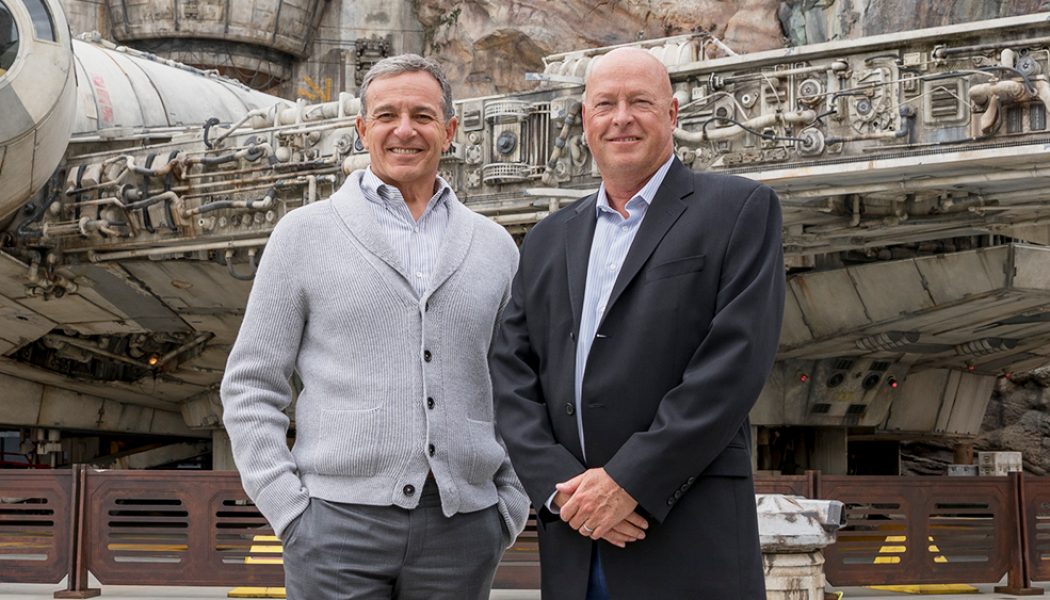 should have thought a bit longer before acting

Eta: it’s interesting to me to read that and the comments from the board, but yet they just unanimously extended his contract.

Thanks for nothing, dude.

Yeah. Makes you wonder if there is an even worse alternative out there!

I think “worse” is a company of their size moving on from a CEO so quickly without an obvious successor.

Iger did a lot of good things after Staggs left, but I wonder if the sum of his positive actions outweighs the loss of Staggs (whom I believe would’ve been a pretty good CEO).

Thanks for posting @ThorKat ! I was super confused when the board extended his contract. I feel like it just shows the rich protect their own and nothing matters. I have one trip back in January and then I’m done until he’s done.

then I’m done until he’s done.

I’m hearing this more and more

then I’m done until he’s done.

I like Bob Iger and do not blame him for what Chapek has done. I don’t even really hate Chapek, I just think he has bungled so many things that he needs to be replaced. I’m a little baffled that the board extended his contract, or at least that they extended it for 3 years instead of 1. I think it’s a sign of inertia more than anything else.

To say I would not return to Disney until Chapek is gone would be punishing me, not him. He has very little to do with the day-to-day experience there, though he does have the power to improve it if he wanted to.

To say I would not return to Disney until Chapek is gone would be punishing me , not him. He has very little to do with the day-to-day experience there, though he does have the power to improve it if he wanted to.

But if I were to keep giving them money I’m voting with my dollars. Instead I’m going to spend my money on companies I feel care about my experience. He won’t be around forever, and when I feel the company as a whole cares about my experience instead of only my money, I’ll come back. My problem isn’t at all with the CMs. They are great, unfortunately my problem is with the executives and I’m extremely frustrated with the route they’re taking the company.

I totally get that and respect your decision, it’s just not the way I think about it personally.

From article:
The Board reportedly wanted Iger to name Chapek as COO until he was ready to fully leave the company, but Iger insisted.

They fire him before the contract is up. Even if it means bringing back someone he’s already fired.

Here’s the thing. The company is so ginormous and multifaceted that it needs both a numbers person and a creative person to have the power together. And the numbers person need to stay the numbers person. Unless they are a magic unicorn they will struggle as the creative. The balance and tension that happens between those two roles, when done with respect and vision is what makes a company successful.

I’m good with that. But when push comes to shove, I want the “Roy” to understand the guest comes before the shareholder.

Exactly! I think there was another team in Disneys history, in the 70s or 80s?

I want the “Roy” to understand the guest comes before the shareholder.

They won’t. That’s why there needs to be someone to offset that viewpoint. The shareholder/stock price is important. it’s a matter of teaching the board room that customer satisfaction will lead to an increased share price. And to put share price first will ultimately lead to its own erosion. It’s about having a numbers person that knows which numbers are the drivers and therefore more important.
I’ll happily be your CFO.