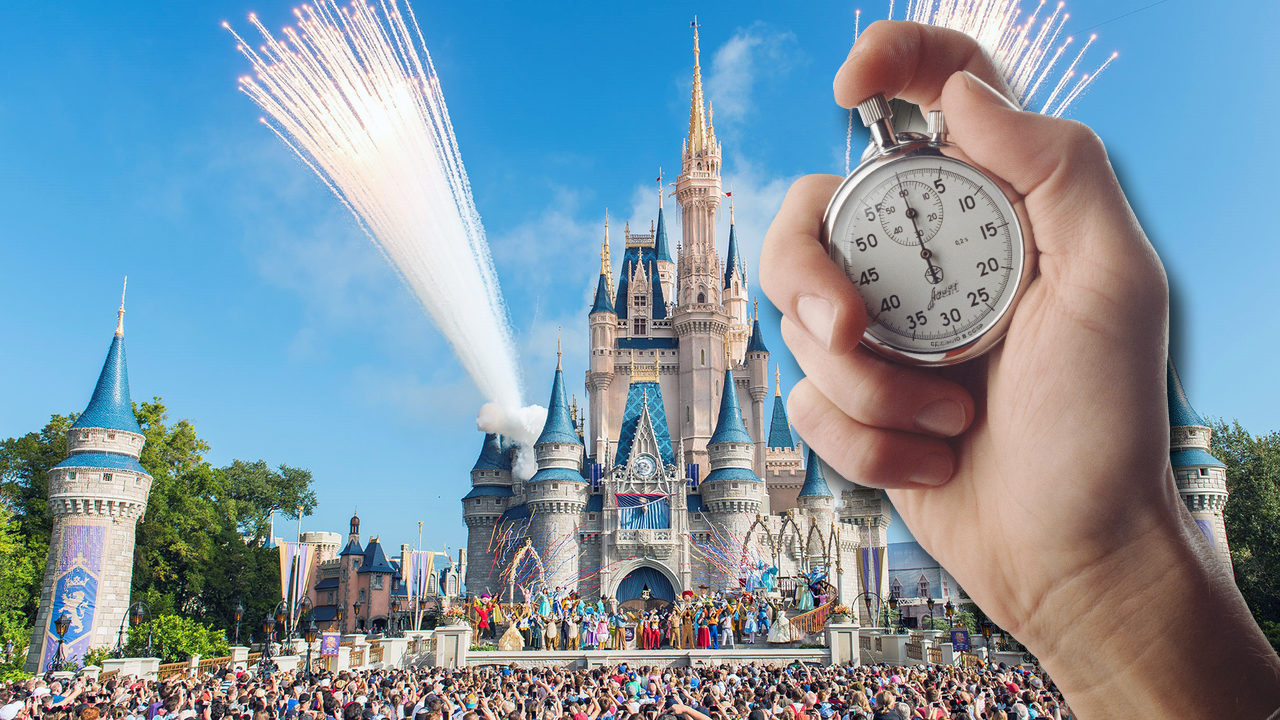 Two massive Walt Disney World fanatics took on the entire resort Wednesday, riding all 46 attractions in all four parks in just one day.

Thee are more than 48 attractions at WDW. So which ones did they do? Everything that’s an actual ride?

About an hour spent in line at FOP? This has to be fake or maybe a CL1 day?

“Hey, we’re doing an all-rides-in-one-day challenge for charity. Do you mind if we cut ahead of you. Thanks so much!”

The point is whether the parks were actually open that long.

I’m going to check the park hours that day …

Was it after midnight? That would explain the 25th date…

That’s why I said they started on the 24th!

They did all the rides that were open for that day, which appears to be all but two. I am guessing the train and autotopia (I know it is called something else at WDW, but can’t think of it right now) are the two that were closed. You used to have to wait until nothing was closed for refurb, but they revised it recently. Probably due to the huge influx of refurbs in both DLR and WDW.

If they got in a 1 hour line right before close (FOP?), that would add an hour to the park hours.

Their last ride was 7dmt though. And with EMH it’s unlikely they would have had to do that.

I think they pulled a few strings somewhere …

All of the rides and several videos are posted on Twitter and labeled in order with time stamps. Several rides they used single rider.

I am exhausted just reading about it! Doesn’t sound like fun!

I am in the These People are Great! Camp. I don’t get the Maybe-they-were-not-as-perfect-as-i-might-be-if-i-tried-but-i-actually-did-not-try Camp. They are cool. They did a fun thing. Yay, and those who don’t think it was good enough, Go for It, and post your Greater achievement for all of us to admire!

I just don’t think the parks were open for 18 hours that day, so I’m questioning it. And as I’m not on Twitter I can’t see for myself.

Either they started earlier than 9am or ended later than 2am. Either case means they were given extra time by Disney (you don’t get an extra hour after late EMH to ride).

Which is still great, but they should acknowledge that help IMO.

Only 3 rides have single rider and for RnRC it generally takes more or less the same amount of time as standby.

No FPs? There is something screwy here definitely. This challenge is run, and failed, regularly by people using FP. But it’s difficult to find a day with hours that long these days.

Might just be a poorly worded article. They also say “without fastpasses or magic bands” - having magic bands is not in any way an advantage sooo… why mention that?

If abiding by the rules, they would not be allowed to use EMM or any other paid opportunities. EMH is fair game.