I'm kind of freaking out

So, I’m leaving for WDW this Saturday and I’m finding myself square in the middle of my pre-trip freakout. I’ve been keeping an eye on the crowd calendars and they seem like they’ve been so off the last couple of weeks by a lot. I know I can’t control the crowds and we’ll have fun anyway, but I just don’t know what to expect. I guess hope for the best but plan for the worst, huh? Why on earth has it been so much busier this month than anticipated? It’s kind of crazy!

If you have a good touring plan, keep your expectations reasonable, and expect a few bumps here and there that you take in stride, you’ll have a great time.

I am arriving the 27th as well! Also sort of disappointed that crowds have been so high this month. Agree to take it in stride–just surprising!

We were there last week and were surprised by the crowds. But, we still did everything we set out to do. With a good touring plan, reservations and use of FPs, you will be fine no matter what. Just keep working those FPs. And remember, rope drop is your friend!

When I went in November the crowds were definitely larger than expected. But honestly, if you rope drop you will be fine and for the rest of the day stick to a touring plan. Good luck!

Thank you everyone. I know it’ll be great – I was able to get some awesome fastpasses so I know we’ll be able to do what we want. I appreciate the support!

Can’t agree enough with the “take it in stride” comments. Roll with it all, it can really add to your adventure!

And remember, you’ve done more work and planning than 90% of the people who are there. You got your plan, you got your fast passes, you just flat out got this. You will run circles around the crowds, especially if there’s any sort of bump because while they’re scrambling trying to figure out what to do, you know exactly what to do.

Have a wonderful trip!!

I have to wonder if we’re still seeing residual effects from hurricane cancellations. Not everyone may have been able to shift their vacation to later in the fall and instead had to wait until the new year.

I agree with this

I’m arriving the 27th too! I am in the same boat - my touring plans look so amazing and I’ve been telling my family we’ll hardly be waiting for anything and it’s going to be so smooth. I’m just hoping I don’t have to eat my words.

But I am trying really hard to just relax at this point - you’ve done everything you can and hey, you’re still going to be at Disneyworld in 5 days no matter what!

Is this your first time using a TP? I think you’ll be pleasantly surprised.

It is my first time using a touring plan. 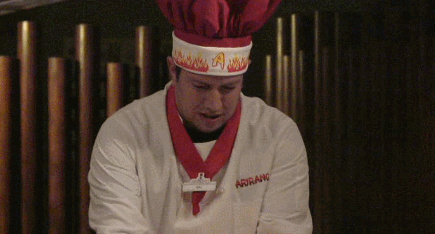 You will be fine. We were there in October/November and had similar issues with crowd calendar. We didn’t rope drop, we barely used EMH, and gasp we didn’t use any touring plans, just FP+. Still had a fun time despite some days facing crowds that were crazy crazy big.

This will probably get me thrown off the site, but during my trip in late August

My strategy was different. It was based on the following principles:

I think the Guide warns against trying to plan the perfect trip. It’s right about that. Which is why you have to decide on your must-do activities, but you are not allowed to say “they’re all must-do!”

Finally — and this is rich coming from me — chill out! There are things you cannot control — crowds, weather, rides breaking down, etc. Being given a sucky table at California Grill. (Yup. Still bitter.)

As frustrating as those things are, one thing is pretty much certain — you’re going to have an amazing time. For every bad memory I have of my trip (Cindarella’s Royal Table: I’m talking about you) I have ten amazing ones — and some of those were entirely spontaneous and unplanned. Lunch at Le Cellier and Toy Story Midway Mania spring to mind. I was hungry at Epcot, I fired up the Disney app, Le Cellier had a table in half an hour, I took it. The most delicious food of my trip. After being stranded in a boat at Epcot for an hour because of a storm, I trudged to DHS. I checked the app and found an FPP for TSMM. I didn’t think I’d like it from the description of it in the Guide. It sounded dumb and childish. It was so much fun!

Some stuff you plan works out the way you planned it. Some doesn’t. Some stuff happens that you didn’t even plan and it’s great. Everyone said FOP was amazing. I got an FPP. It was amazing. Everyone says Harry Potter is amazing at Universal. Meh. I much preferred other rides. Satu’li Canteen — order online, food ready when you get there, crazy delicious! Who knew?

There’s so much at WDW that you’re going to have a stack of great memories, big crowds or small!

We leave on Saturday as well! I see a lot of people are headed to WDW next week from TP chat/discussion and Reddit so I’m getting a little nervous for crowds. Our last trip in September 2014 had much higher crowds than predicted and it was still great. But this time I was looking forward to historically low January crowds and cool weather. But we have ADRs and FP, 3 dessert parties, After Hours, and two days at AK and DHS so hoping for the best!! We aren’t rope dropping every day this time either in hopes of a more relaxed trip.

I hope you all have a wonderful time!! It’ll be great! And higher crowds in cooler weather has to be better than crowds with 7000% humidity, right?!

@profmatt great perspective! We are also lazy morning people, and will do better if we don’t have to scramble around in the mornings for rope drop. We plan on doing reverse rope drop, too. Glad to know you had a great time!