Since we picked them up and brought them to our room there was no fee. I think it was refrigerated but I can’t remember!!
Like I said before the only drawback as to my room is the skyliner noise. If you’re interested in a quieter experience I would suggest Barbados. I stayed there last time and it was very quiet but a longer walk to the skyliner 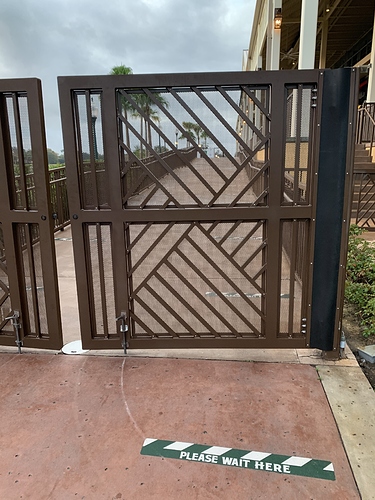 I walked to the lobby and stood outside it because that’s where I had the most bars. Opened the app at 6:59 and 30 seconds and hit join a bunch. I guess it worked!

Also first in line for the skyliner

When I was here in OCT the lines were way longer!!

Also, somehow I planned my park days right because they are doing maintenance on the skyliner tomorrow and Thursday and they did it yesterday so portions were closed. Luckily I don’t need to take it those days

Nice one! You’re probably already off ROTR as I type this since it’s 11:19 there. Having fun in HS?

It was a legendary day at HS. As you read earlier this morning , we got a great BG and I was first in line for the Skyliner. It started boarding a few minutes before 8 and we got the first gondola! 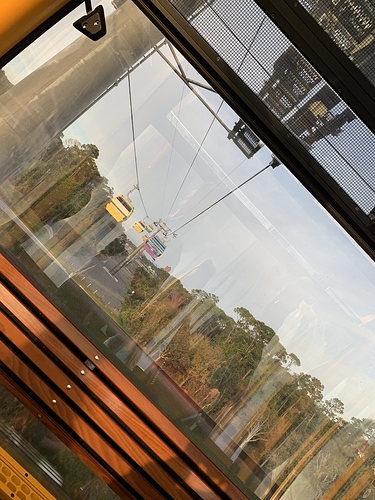 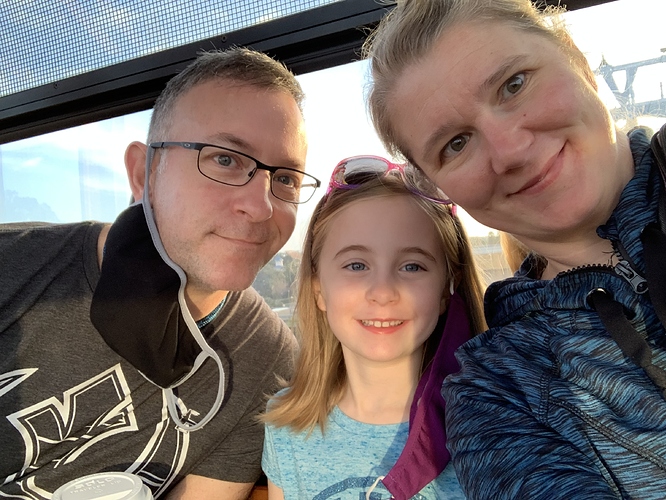 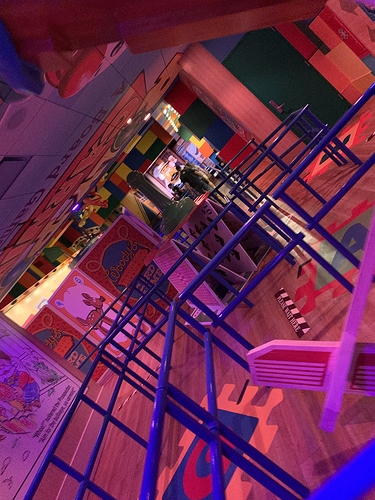 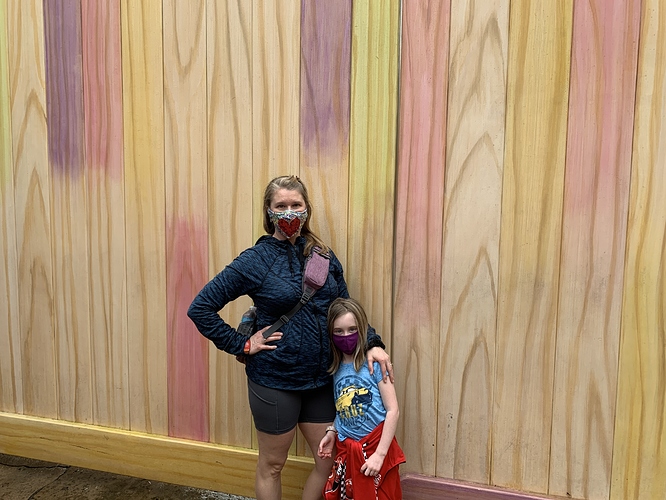 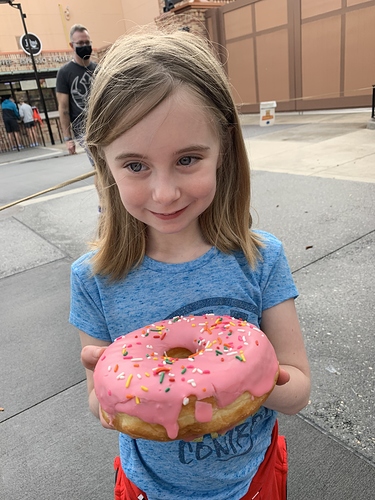 After we headed to Batuu for our boarding group and walked right on. Then we went to MFSR and waiting about 20 mins. Hub and DD got to be pilots, I was gunner (we were by ourselves). 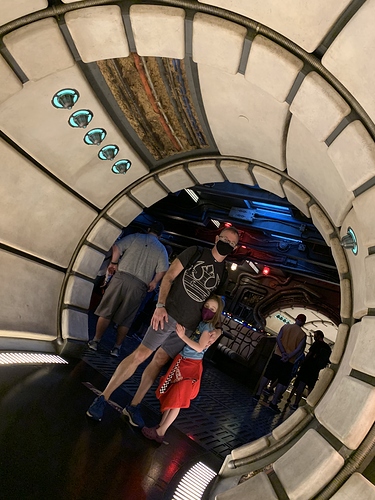 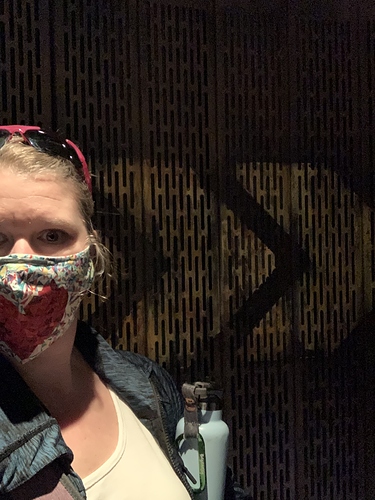 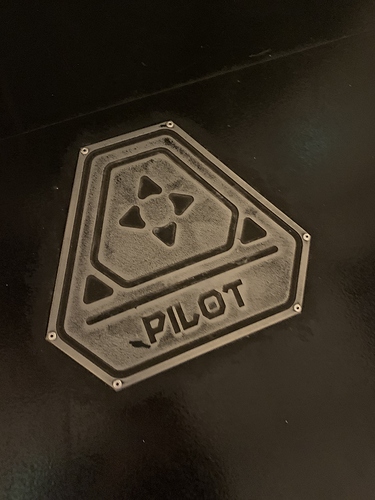 Next we went to the Frozen sing along. They updated it with some cute “pandemic jokes” so I’d suggest seeing it if you can.

Next we grabbed the carrot cake Cookie at the trolley car cafe. The “cookie” was more like cake and the filling was kinda gelatinous and weird so I probably wouldn’t get it again. The cake part was pretty yummy though. 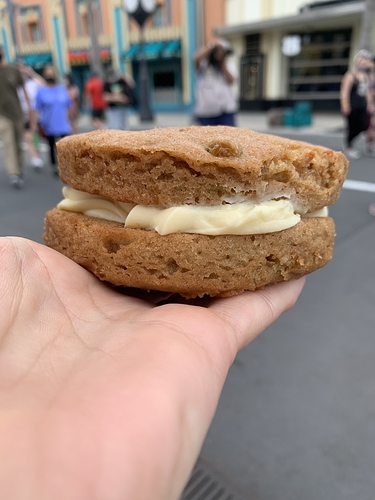 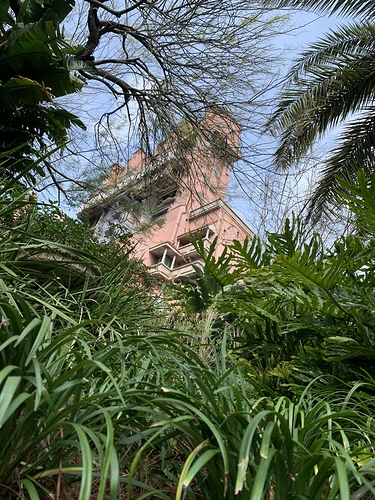 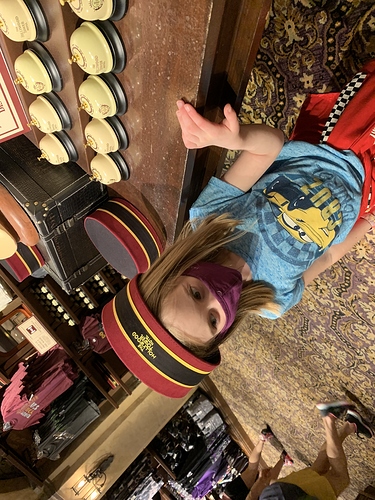 Hub went to RnR (I hate the upside downs) and we did Racing academy. 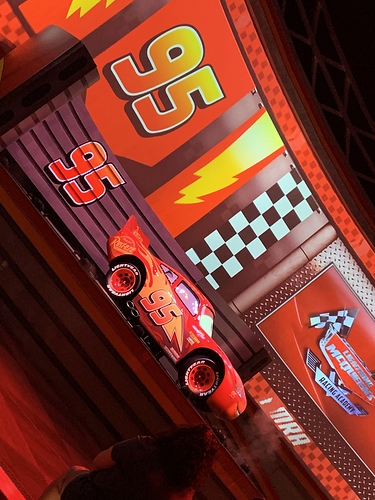 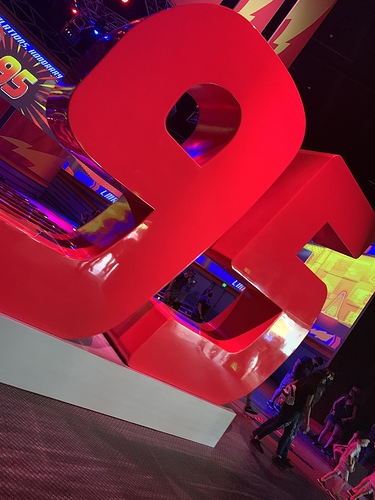 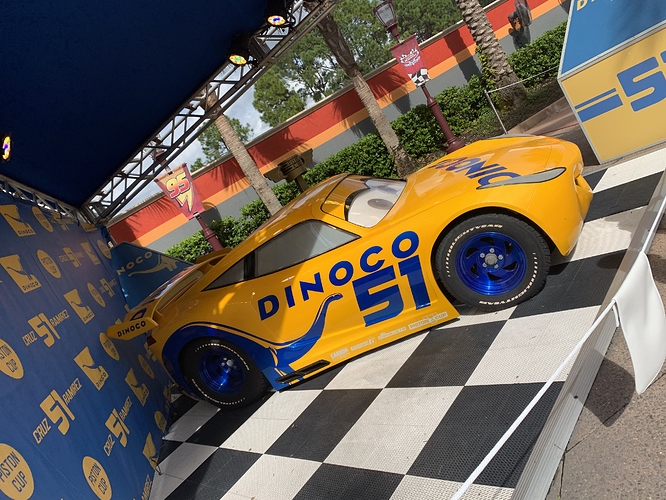 We were hungry for lunch so we headed to Pizza Rizzo but first we stopped to walk onto Star Tours.
The antipasto salad there was pretty good!

We finally headed to do MMRR- the line was about 55 minutes but we waited probably 40.
It’s such a fun ride!
DD6 was hot so we decided to head back to the hotel (about 2-2:30). They went to the pool and I tried to organize our room since we only have a day and a half left, and I called work to arrange my re-entry covid test.
We swam for a bit then I enjoyed a Minnie cupcake (YUM) and now we’re just hanging out until we go back to HS for dinner at Sci-fi (never been before!)

All that delicious food! Enjoy! Thanks for sharing.

So amazing, I can’t believe it!

Wow! You were on it. Can’t believe all the rides you did before lunch!

Is there a perspective issue with the photo of your daughter and the donut, or was it really as big as her head?

That donut was HUGE!
Maybe a bit perspective but they were 6 inches in diameter for sure!!

I’ve never had a day this good! I could’ve done more but DH and DD slow me down a bit

Sci Fi was good! The atmosphere was cool and if your looking for a basic burger/fry/shake place I would recommend! DD6 got a kick out of it! 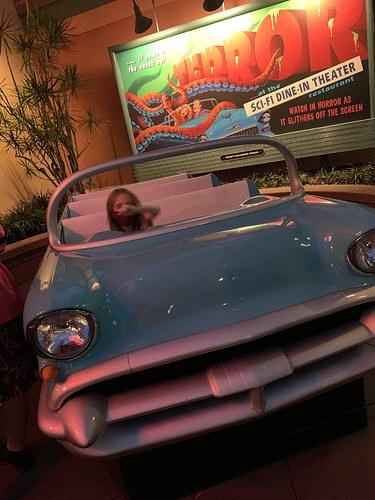 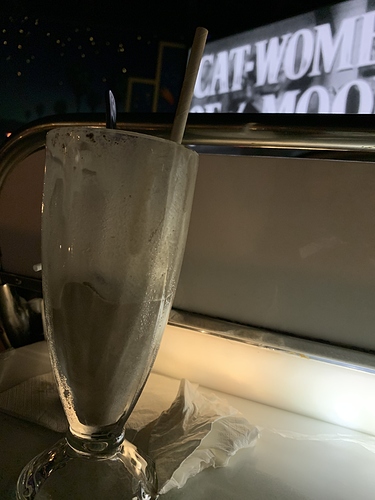 Sadly tomorrow is our last “full” day. We will be hitting MK early and checking stuff off we missed on Sunday. Hoping for some downtime at the resort so we can pack and organize for Wednesday. Also they’re going to get snow at home Wednesday. That will be no fun to come home to!!

That donut is HUGE! Sounds like an awesome day. Your dd is adorable!

Wait…the Frozen sing along is open!!!

Well our last MK day didn’t go quite the way we planned. It started with a HS Skyliner closure so there was a huge backup at the bus stop. We watched seven HS buses pickup in 40 minutes and 0 MK buses. So right away our plan to be at the parks early was shot. We got there for opening, and headed to do jungle cruise. Luckily it was only a 5 minute wait 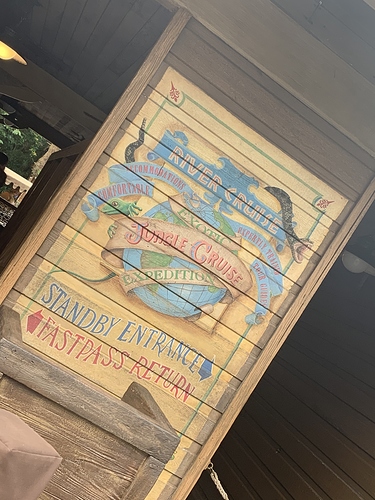 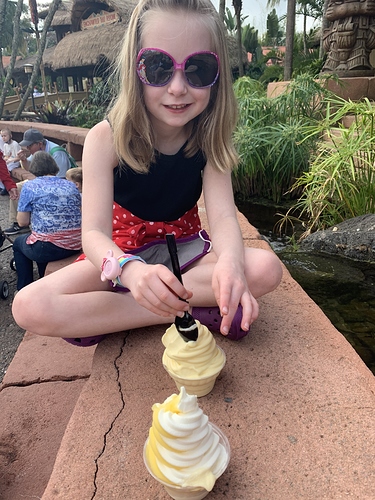 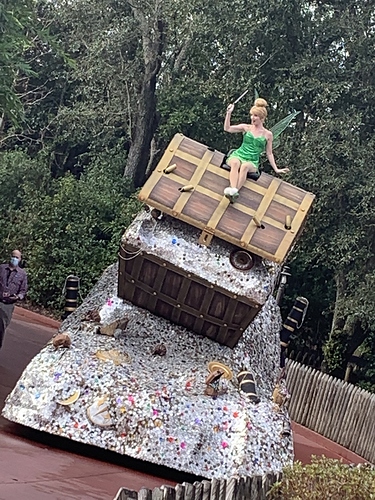 It was about 11 am and Splash wasn’t open yet so we bailed on that plan and did HM. We must’ve got there right when they cleaned because the line stopped for about 15 mins, but once it began moving we got right on. 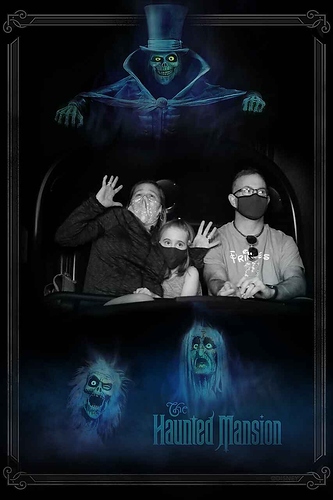 DD6’s favorite ride is IASW so we went to that next. Lines were about 30 mins. She was hungry so we hit Pinocchio’s Village Haus .
But that time she was clearly getting tired. So we decided that even though Splash finally opened (60 minute wait) we would head to Tomorrow land and ride Space Mountain as our last ride. That was a walk on so we did it twice 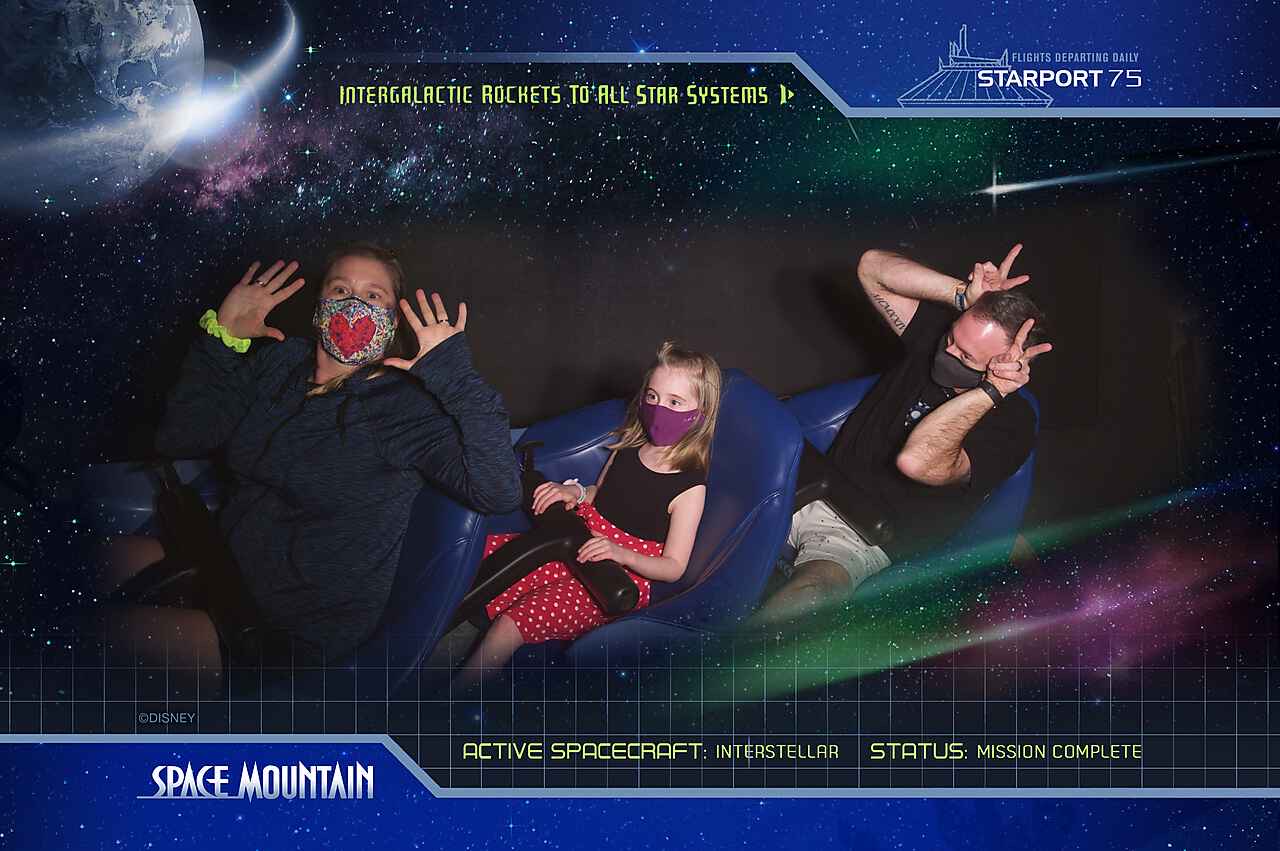 I just love that she loves this ride since it’s been my favorite since I’ve been a kid.

After we headed out.

Tip for those staying at CB. In the middle of the day we waited almost an hour for the bus. Today, we saw the Rivera bus was loading so we hopped on that instead.
We decided we wanted to ride the skyliner to AOA to say hi to the cars and I wanted to try their mermaid cupcake. So we took a nice ride and walked around that resort for a bit before heading back to ours. 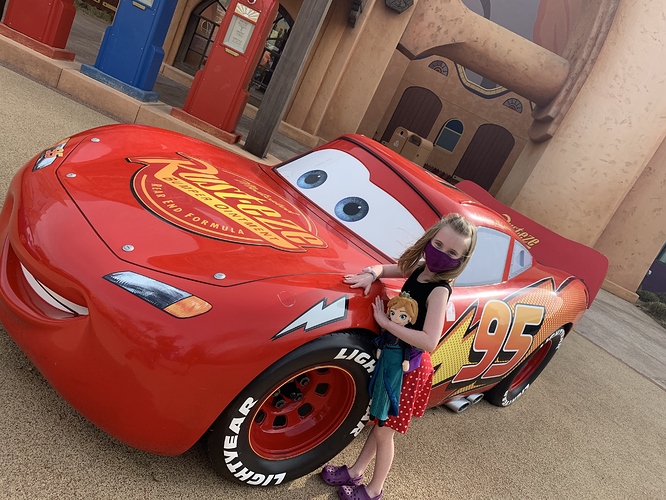 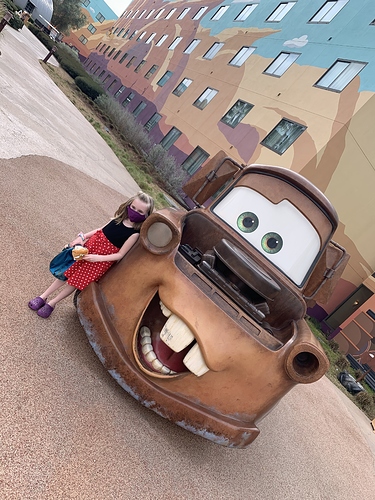 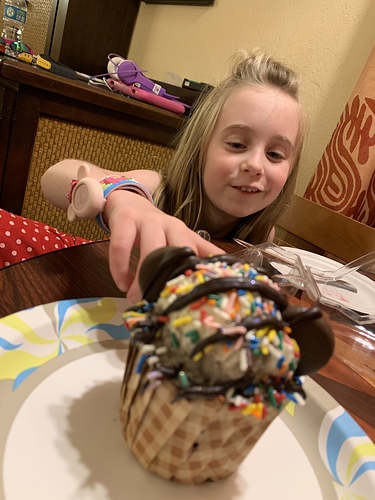 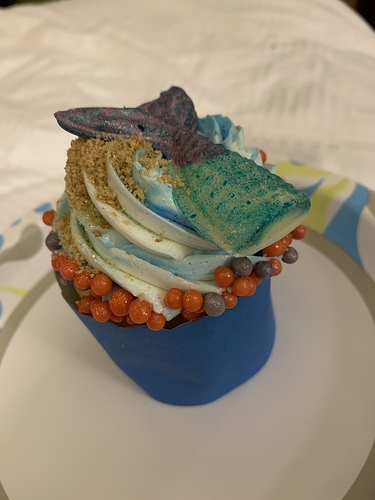 Honestly I didn’t love this cupcake. It was ok but I wouldn’t get it again. DD6’s chocolate one though is always a hit !! I honestly love Trying all the new cupcake flavors!!

So now we are relaxing a bit and packing (BOO). We have dinner at Raglan Road at 6 and then we have to be up and out for a morning at AK tomorrow before taking the Tragical Express. I’m NOT looking forward to real life Thursday!!

Way to go with the flow. Disappointing to not ride Splash, but did I see you’re coming back in April? Always easier to skip something if you already have the next trip planned!

Then we went to MFSR and waiting about 20 mins. Hub and DD got to be pilots, I was gunner

Forgot to ask yesterday, since you were gunner, I assume you were looking through the new plexiglass barriers? Was that distracting or not that noticeable? I saw a video clip and it looked like the plexiglass was really shaking as the ship moved which I would think would detract from the experience or even be nauseating.

I thought plexiglass was only between gunners and engineers?

I was gunner I didn’t notice if they al had plexiglass, but yes it was kinda flimsy and I bumped into it a few times (maybe hub and kid need to take flying lessons?) . It didn’t distract me, but I noticed it…