This might not seem like a strictly WDW topic. However, the last time I went to WDW, I was on the deluxe DDP and I put on four pounds during a six night stay. Those pounds never came off. So WDW has played its role!

Also, this is a very supportive community and I feel known and cared about here. So I’m confident many of you will want to encourage me. 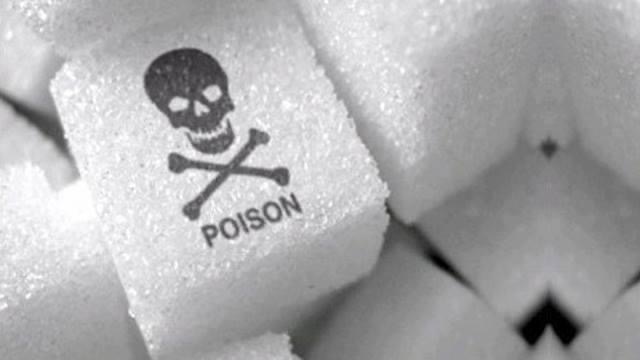 Six and a half years ago I decided to give up chocolate. After a little research, I realised the true villain was sugar. So I cut out chocolate entirely and as much other sugar as I reasonably could. In a month and a half I lost nearly a stone in weight. For some reason — I don’t remember — I stopped. And all the weight came back. And a lot more.

From 1st September 2021, I’m going to try this again, but this time make it a permanent lifestyle change. I’m posting it here and on other social media in order to put pressure on myself to follow through, and in the hope of receiving support (and perhaps understanding).

My principal rule will be no more milk chocolate. There is evidence that dark chocolate actually has some health benefits. Basically, Cadbury’s is out. I would ultimately like to withdraw from all dessert items. But one step at a time. I will report back on progress, which will be judged by weight loss and any physical benefits which become apparent. In particular, I’m hoping my tendency to feel tired much of the time will fade. And that there will be some, erm, gastrointestinal benefits #overshare

Before deciding to make this commitment I was munching away on some Dairy Milk and I actually noticed I wasn’t even enjoying it. That being said, I do expect some withdrawal symptoms. Luckily, I have no stduents for five days. The worst may be over by then.

One last point. I’m not really looking for commentary or suggestions. I don’t want to be confused by conflicting opinions. I have my plan and I want to try my plan. It worked once before. I hope it will work again. If it fails, then I’ll be open to other approaches.

For different reasons* I have already given up fizzy drinks, including alcoholic ones. I almost entirely only drink water anyway, but I’m now going to cut out fizzy drinks entirely.

*Some of you may remember I mentioned dental pain during my cruise. I put that down to the acidity of fizzy drinks.

Good for you! We’ve tried to instill in our kids that soda is a “treat” not really a “beverage”. We let them go a little crazy on vacation, but don’t keep it in the house normally. Because self control is hard.

Best of luck in achieving your health goals!

It’s funny, I’ve never been much of a sweet tooth - I always tend to crave salty snacks. But this past week I’ve been under the weather with a nasty cough (not covid, just a cold) and the ONLY thing I want are sweets. Good luck!

I feel known and cared about here

Best of luck. I try to minimise the amount of sugar in my life as well. It is a tough habit to kick. I have fallen off that wagon many times.

Sugar is one of the hardest additions to get rid of. Everywhere you turn you will see sugar is added.

The withdrawal symptoms are real and they are terrible. Every time I do fall off the wagon and try and go cold turkey again, I notice the cravings are hard at work trying to get me back on the drug.

As for the fizzy drinks, most of them are full of sugar anyway. That may be a good call. I have found that every once in a while I will get tired of just straight water. That is when I add in some carbonated water, like a San Pellegrino.

I’m not really looking for commentary or suggestions. I don’t want to be confused by conflicting opinions.

I hear you, but this is not contradictory…

How much do you know about ‘sugar’?

Do you know that it’s actually fructose that’s Beelzebub??

My family and I (yes including the kids), have had a mostly fructose-free diet for a couple of years now.
I used to buzz around a supermarket in a frenzy picking up all sorts of sugary crap. Now I could be in a chocolate shop and honestly not even be bothered to try a sample.

Highly recommend that you check out Sweet Poison by David Gillespie. It’s a really easy read, but packs a punch. I have extra copies if you’d like me to send a copy through the post to you (I had tried to convert my diabetic dad, but he wasn’t interested).

Seriously good luck though. Once you get past the cravings, it’s unbelievably easy to go ‘sugar’-free

Nearly 30 years ago I gave up caffeine cold turkey.

I was drinking a lot of Coca Cola, and my tea-making had got to the point that I was using three tea-bags per mug. The tea was almost like a thick liquid and it left a residue on the spoon when you stirred it.

I started getting palpitations and one time I had a panic attack. That was so traumatising I decided to give up caffeine immediately.

I actually don’t remember it even being difficult. I guess the alternative was clearly so much worse.

It’s funny that you’ve posted this now, I have just bought a product that promises to help rid me of sugar cravings. I don’t know if it will work.

I started thinking about it when I got back from the cruise. I put on four pounds in seven days. I can’t keep ratcheting up like that. And I spent all that money on lovely Liverpool FC clothes and I want them to fit.

And I do have a real concern about feeling tired a lot of the time. There are a number of possible reasons for this, but I think sugar may be one of them. We shall see.

I wish you much success!

Same! Except the Liverpool clothes. But the weight gain on the cruise and always being tired.

I gave up soda once for like 4 months. It was hard but it was a good learning experience.

I learned I don’t want to give up soda ever again.

(I also learned that it is much easier to keep weight off when you don’t drink soda!)

Good for you! You can totally do this! Can I join you? Because “sugar on a spoon” as my FM Dr calls it, is the bane of my existence. I have such a big sweet tooth. I have chocolate in some form or another every day, even if it’s a handful of chips. I know the side effects it has on me and it’s not just my waistline. The inflammation and brain fog is horrible. I’ve been wanting to quit, but haven’t yet committed. Tomorrow looks like a good day to start.

It’s a great day to start! It’s the beginning of the academic year in the UK, so it’s New Year’s Day.

Cheering you on. Unless you want us to be snarky in which case I will show my support that way.

If you feel tired all the time and that isn’t helped by changing your diet you might want to discuss that with your doctor. There can be tons of reasons for being tired. Good luck with your dietary changes.

There can be tons of reasons for being tired.

It might be diet. It might be my sleeping patterns. Which are not helped by (a) lack of self-discipline and (b) being woken up by the dog every two or three hours every night.

you might want to discuss that with your doctor

I don’t even know if that’s a thing right now. Thanks to COCID and Brexit our health service is a mess. We’ve even run out of the tubes you need to conduct blood tests. So they’re being cancelled and rationed.

I think this is brilliant! Fat has been demonized for decades, but there’s plenty of evidence that it’s really been sugar all along.

Since you’ve done it before, you know that once you get past the first few weeks, it won’t be that bad at all. A bit of a slip once in a great while is no reason to give up.

I want to do it too. I hope I can manage. I’ve done it before as well, but stuff happens.