I finally found a way to get @mousematt to quit whining

So, erm, I just, you know, booked a trip to WDW for October. Which is sooner than August 2022.

I don’t supposed anyone’s interested in the details, but I just thought I’d put it out there. Maybe @mousematt will stop with his endless moaning now. Though, knowing him as I do, I wouldn’t bank on it. (You probably think you know what he’s like, but you don’t have to live with him. It’s a nightmare. Believe me.)

What’s the latest on travel restrictions?

Just had to poke the bear, didn’t you?

What’s the latest on travel restrictions? 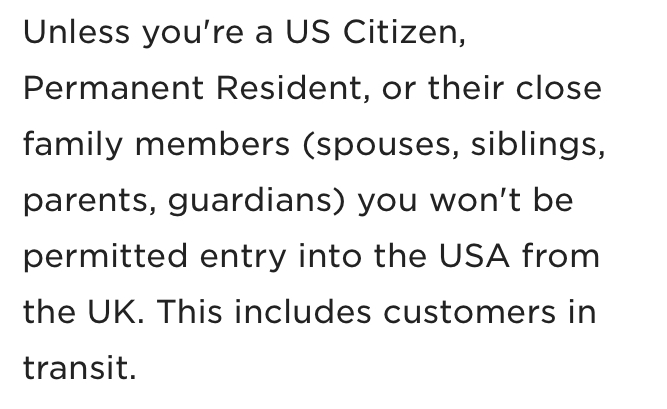 Why are you speaking in 3rd person… or the royal ‘we’?

Calvin, is that you?

No. Calvin only has nice things to say about you.

I’m happy for you? I am. I just don’t know for sure if it will come to fruition. Hopefully, if it doesn’t it’s because you chose that and not that the borders are not open! Keeping my fingers crossed …

I so hope this happens for you!!

why are you speaking in 3rd person

To trick you into thinking it wasn’t one of my threads. Now you’re all excited because I’m (maybe / possibly / probably not) coming to Disney World.

I was hoping you booked because something had changed or was expected to change. Crossing my fingers for you.

I’m thrilled and also sad. I was hoping for a December trip from you instead. I would have brought Starbucks.

To trick you into thinking it wasn’t one of my threads.

I was hoping for a December trip from you instead

You may get your wish.

It occurred to me yesterday that rather than having them lie idle in some electronic repository somewhere, I may as well book something because, well, you never know.

We have a school break in October and I thought, screw it, let’s book something and roll the dice. If it doesn’t happen, it doesn’t happen. But there’s no harm in the booking being there. If I cancel, or Virgin cancels, I just get my vouchers back to try again for another time.

(I hope you get whichever dates work best for you…but I can still be hopeful!)

I think I’m excited for you… I just hope you are not setting yourself up for disappointment, AGAIN. There doesn’t seem to be much movement in the UK. Things can change really fast, though. Here’s to be being hopeful for you.

Here are some more details.

I was able to be broadly flexible with dates, so I went to the Virgin Atlantic site and set some parameters and it gives you a matrix of options. Ordinarily, I immediately select “direct flights only”, but the prices were insanely high. Well, I was looking at Upper Class, which is the business class product on Virgin. So, then I thought, OK, I’ll slum it and travel in Premium Economy. I mean, it still gets you there, right?

But I forgot to select “direct flights only” and I saw some (relatively) very low prices in PE. When I clicked though, I saw that they were routing via Atlanta. Well, I wasn’t committing myself to anything, so I continued with the process anyway. At the end — having chosen fantasy dates and flights — it did the usual upselling trick and offered me an upgrade to UC. Usually this is insanely expensive, but on this occasion it was crazy cheap. You know, relatively.

I realised that routing through ATL would save me nearly two thousand bucks and make UC entirely affordable and not completely out of the question for this trip.

So I messaged Virgin and told them what flights I wanted with my vouchers, and they confirmed this afternoon.

The layovers each way in ATL are about two hours each, and the ATL to MCO flights are only an hour and a half. And I’m in first class so, you know, I can live with it.

There’s another slightly odd advantage to taking this route. Normally I fly direct and get into MCO at about 3pm. It’s then a mad dash to check in to the hotel, drop off my bags, and rush to the parks. I often have something booked — a dessert party or After Hours event. It becomes quite stressful. (Will I get there in time?) Then I end up closing the park (it’s always MK) and getting to bed midnight US time, which is five in the morning UK time. I end up getting not much sleep and a pall of tiredness hangs over the rest of the trip.

But with the ATL routing I get in to MCO at 8pm. There’s no hope of any park action. So I’ll take the DME to my room, settle in, maybe explore the resort a bit, but I’ll go to bed at a sensible time and be ready to get up for rope-drop the following morning. I’ll do a @Randall1028 and be a morning guy. And just power through to close.

I’m staying at ASMu. As has been observed on another thread, WDW on-site hotels are weirdly booked up in October. The only affordable option was ASMu — no Pop, no CSR, no ASMo. After that it’s crazy villas for $14,000 a night.

I’m fine with ASMu — provided I get a refurbished room. They are basically the same as the ones at Pop and, for a solo traveller, they’re perfectly acceptable places to stay.

I’m staying six nights, so I’ll have five full days in the parks. I’ll get no action on arrival or departure days.

Sure, I’ll give ROTR a shot. It really won’t be the end of the world if I don’t ride it. I’ve done it before. Three times. Ratatouille? Please, they’ve had it in France for nearly a decade. Been there, done that, got the t-shirt. Well, the pin.

Will the trip actually take place? Who knows. But, as Wayne Gretzky said, “You miss 100 percent of the shots you don’t take.” There’s nothing to be lost in booking. I might get to go. If I don’t book, I certainly won’t go. (Look at me quoting baseball stars!)

But if there’s anything any of you can do to persuade President Biden to reopen the country, I sure would be grateful.

Meantime, I’ve still got my cruise next month, and DLP in December — if that happens. Everything is so up in the air everywhere in the world it seems — apart from the damned US.

First, you do know that you will have to process through immigration in Atlanta, yes? 2 hours would normally be ok, but as you get closer to travel dates, be sure you have a back up plan in case you get in one of those insane long lines. Unlike European airports, which have Fast Track lines for Business/First Class (how do I know that? Shhhh), U.S. airports do not.

Second, I see there is an exemption for travelers from the UK who are US family members. Perhaps if you can position yourself as a model child, a Liner will agree to adopt you.

you do know that you will have to process through immigration in Atlanta, yes? 2 hours would normally be ok, but as you get closer to travel dates, be sure you have a back up plan in case you get in one of those insane long lines. Unlike European airports, which have Fast Track lines for Business/First Class (how do I know that? Shhhh), U.S. airports do not.

Funnily enough I was going to start a thread about how indirect routing works.

However, what gives me confidence that I’ll be OK is that I have Global Entry. I was granted it — as in, I completed the process — in December 2019, so I’ve never actually used it and don’t know exactly how it works.

But I believe it basically treats me as if I were a US citizen and I just sail unencumbered through the arrival gates.

OK is that I have Global Entry. I was granted it — as in, I completed the process — in December 2019, so I’ve never actually used it and don’t know exactly how it works.

Then you are Golden – I have Global Entry. Watch online how to use the kiosk for entry so you are familiar.

basically treats me as if I were a US citizen and I just sail unencumbered through the arrival gates.

ETA US citizens are NOT treated so beautifully unless they have Global Entry. Those are LONG lines too.

watch online how to use the kiosk for entry so you are familiar.

What I don’t have — because they don’t issue them to non-US residents — is any kind of card. I have a number, that’s all.

I assume there’s some way in which I can enter it. Or perhaps it’s already linked to my passport?