Husband is as Boston Comicon today

He did this thing for me 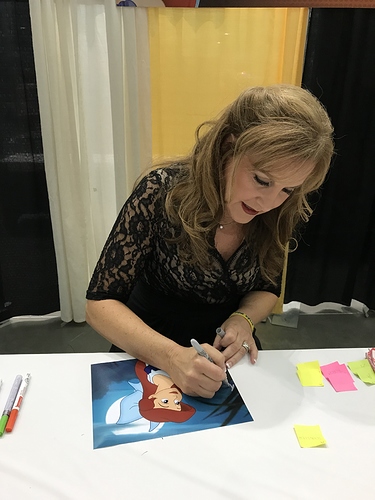 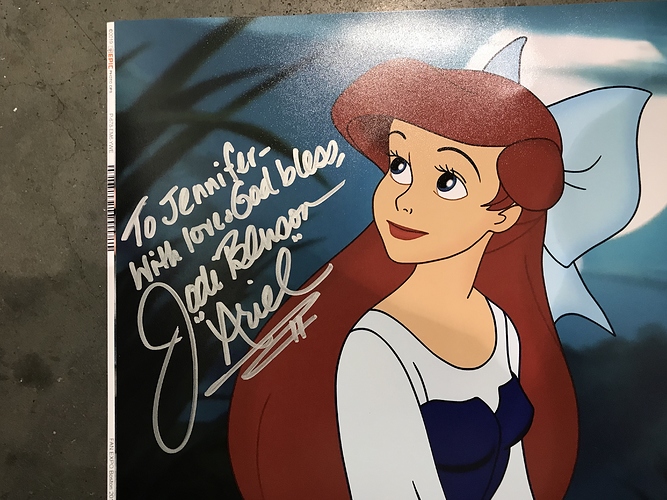 He just sent the photos. No comment. I said - you did NOT meet her! He smugly replied yup - and for you an autograph

What a sweetie! Total keeper.

That is so sweet! I am envious of him, one of these days I’ll get to a comiccon!!

I guess it was actually called a FanFest? But it used to be comicon. I think he said it morphed into more than comics/graphic novels so they changed the name. Yesterday he met Dwight Schrute (wasn’t him but dang the guy was a dead ringer) and several of the horror movie characters (Freddy Kreuger, Jason, etc). He also met the entire gang from Ralph Wrecks the Internet. You guys think MNSSHP has some good costumes, you should see this stuff!

I just looked it up, looks like it’s called FanExpo (although some of the links still go to the Boston ComicCon site). So much fun!

I’m sharing this with my DH and sweetly saying, What Have You Done for Me Lately?

So cool!! Definitely a keeper. Also didn’t know there was a Boston Comicon or Fanfest! I’ll have to keep my eye out for next year.

I seriously let out an audible gasp at work. This is awesome!!