Hurry up and announce stuff!

My plans for June 2020 are already looking like — let’s not deny it — a masterpiece.

However, they are full of contingencies because Disney and Universal are sitting on their fat backsides not announcing things and not letting me book things. (October 2020 planning is even worse.)

Will H2O Glow Nights be happening again? When? I want to book them. Now.

When will MNSSHP be? I want to book. Now. 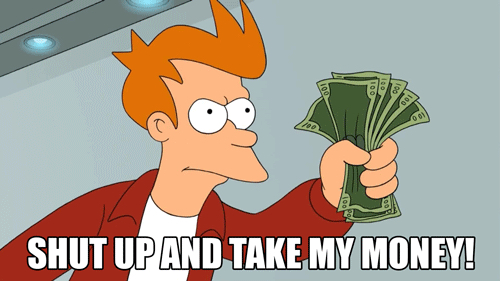 I think, for them, it is like foreplay. The build up is almost as important as the main event.

I know they’ve been pushing Halloween earlier and earlier, but I seriously doubt they will be having MNSSHP in June.

So 100% behind this little rant! I’m going in May and want to book Star Wars dessert party and would love if EMM at TSL came back but nada. Can’t really get a grasp on HS planning at all!

Only thing Im waiting for is ADRS for Space 220, Id like to try it on this trip.

I know they’ve been pushing Halloween earlier and earlier, but I seriously doubt they will be having MNSSHP in June.

I’m not an idiot. I referred to my October vacation in my post as well.

they’ve been pushing Halloween earlier and earlier, but I seriously doubt they will be having MNSSHP in June.

I’m not an idiot. I referred to my October vacation in my post

These both made me LOL.
My family thinks I’ve lost it.
Guffawing over here by myself.
See what WDW does to us?

For your convenience and Disney’s money grab, the following holidays have been rescheduled:

Christmas, previously celebrated on December 25th, will now be observed from September 1 through December 31.

Halloween, previously celebrated on October 31st, will now be observed from June 1st through October 31st.

To avoid any confusion when attending Mickey’s Not So Scary Very Merry HallowChristmas Party (MNSSVMHCP for short) between September 1 and October 31st, please only wear Christmas themed costumes.

Not gonna lie, my girls giggled nervously and shot me looks the first 6 or 7 times someone wished them Merry Christmas on November 12th…

I attended MVMCP on 20th December 2018. Despite being an utter Scrooge, I was totally swept away by the Christmassyness of the whole thing and it was utterly magical.

I attended MVMCP on 12th and 17th December 2019. It just didn’t work. The weather was partly to blame, but I didn’t feel remotely Christmassy.

I reckon it only works during Christmas week itself.

In addition, it was hard for me to get into any holiday cheer when I returned bc I felt like Christmas had BTDT.

Halloween doesn’t mean anything to me, so I reckon I could do MNSSHP whenever.

With ya there…have 2 days just on HOLD waiting to see how HS’s will shake out. Hope we have some clarity before FPP day.

waiting to see how HS’s will shake out

For my June trip I’m kind giving up on HS. I mean, I’m doing TSL and Sunset Boulevard, but ROTR and MMRR — forget it.

We will give it a shot, but we only go every couple years. DS and me love SW’s and DD and DW are at least interested in the newer stuff in the saga. So for us, we will try it, whatever it entails, it we feels it is within reason. Not going to hit panic button just yet.

DS and me love SW

Yeah, I’m “lucky” in that I’m not that bothered.

we only go every couple years

yeah, your in a good position to just take it as it comes.

In the end, I think it will be fine and we’ll be able to accomplish it. But I would love to “know” what my plan is…just impatient.

I would love to “know” what my plan is…just impatient

I totally get that.