How have you surprised someone with a Disney Trip?

We went to WDW for our second time last August, we were going the week before school in the mid-west started (We are from Michigan), and school in many other parts of the county had already started, so that meant cheap"er" trip and lower crowds, it was perfect for us girls, and torture for the second year in a row for my husband with the heat!

The year before I had written a little story book to read at bed time called “Kenzie and Keira’s Big Surprise”, it showed them we would go in an airplane, stay in a hotel, and finally revealed that we would go to Disney, the girls LOVED it (3 and 5 at the time). We did this about a month before the trip and enjoyed a count down after that.

This last year I wanted to do something super awesome and actually wait till the day we left to surprise them, I thought maybe mickey balloons and autograph books in a box…I spent alot of time on Pinterest and YouTube trying to find awesome ideas…and then it hit me…What if I hired one of those Princesses that come to birthday parties to come knock on our door?! My husband immediately told me I was crazy and it wasn’t happening, but as things work in our house it happened! lol

I had read all over that surprising people with a trip can go poorly, they dont act excited, ect…but I figured my 2 outgoing, fun-loving girls would be a hoot…well, they were speechless…HA…they barely said anything to Cinderella when she was there, but kids are fickle…they LOVED it and almost a year later STILL talk about it all the time.

Cinderella knocked on our door, in the adorable video we have of it you can hear our oldest say, “Keira! Cinderella is at our house”…they come out and Cinderella hugs them, sings to them, makes them balloon wands, then says…“Girls, I think you should come to my castle again…what do you think?”, the girls just nod…“She says, ok then, thats that…you are leaving today and I will see you there!”…She hugged them and left, the whole ordeal happened in about 15 minutes. After she left they screamed and talked about it non-stop, called and told grandparents, ect…

The BEST part, when the last night of our trip we went to CRT for dinner, our girls were telling the hostesses about how Cinderella came to our house to tell us about the trip…without even missing a beat, the wonderful hostess (who I emailed Disney about after) says, “Oh my goodness, I was hoping to meet the Michigan girls! Cinderella told us all about you!”, she then excused herself for a moment and then told us to go in to see Cinderella. She had gone in and told Cinderella so when we walked in she called the girls by name and told them how happy she was to see them again and how much she liked coming to their house to surprise them. It was the most MAGICAL thing I have ever seen. Both of our girls were floating on a cloud of Disney magic the rest of the night.

My husband may argue, but it was totally worth the $75 (plus a nice tip) to have Cinderella come and surprise them…

What have you done to surprise someone with a trip and did it go well? 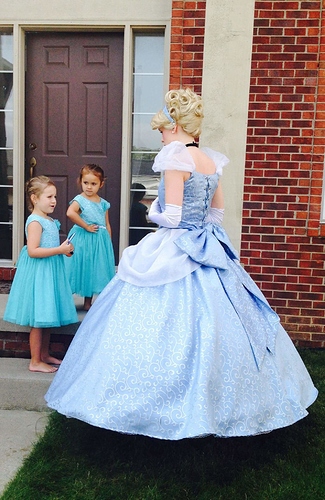 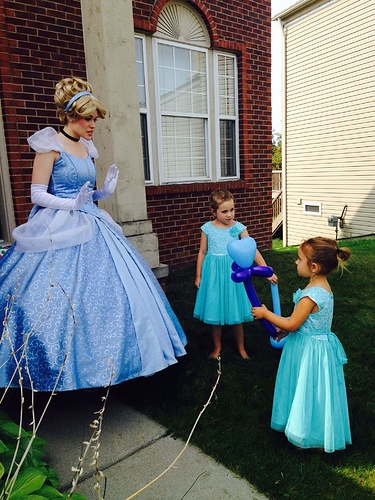 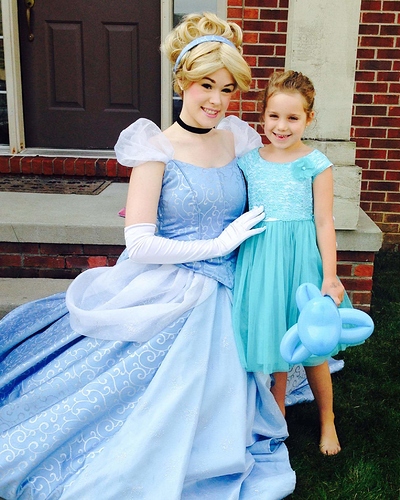 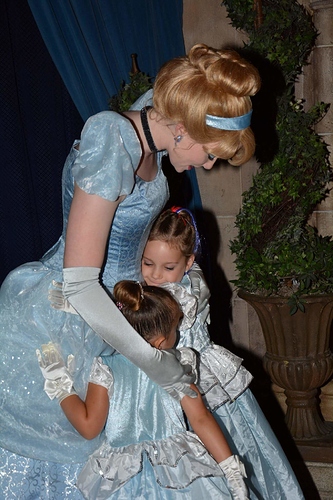 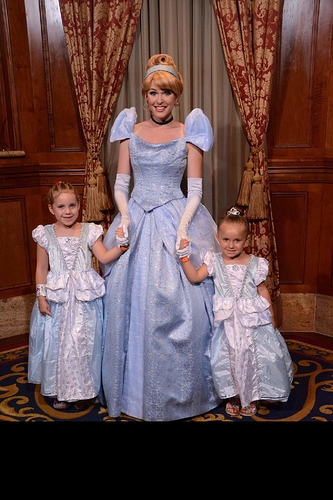 Here are the girls with Cinderella at CRT on our last night of our trip in August.

Oh my goodness! I love this!! Thanks so much for sharing. Definitely magical!!! Your girls are adorable. What an amazing memory.

Such a wonderful story!

I don’t think you’ll ever be able to top that, but your girls will remember it forever.

I don’t think you’ll ever be able to top that.

I don’t think anyone will be able to top that. That was such a great way to let your kids know about the trip. IMO, $75 was a steal for that kind of an experience. Thanks for sharing.

We surprised DD with a trip. DMIL went on a trip to Florida to visit friends, and wanted to take DD to WDW while she was down there. So we told her that we were going to go to FL to see Grandma, but since Grandma was visiting “old friends” it might be a little boring for her.

So, landed at MCO, and we expected complaints of “Why can’t we go to WDW?” when she saw all the signs. Nope. Zip. Nada. We drive by all the WDW signs - nothing. Finally we drive under “The Sign” and we can’t contain ourselves and tell her “Look - we are at WDW! We are meeting up with Grandma and her old friends Mickey and Minnie!” She gives a blazé “Ok” and falls asleep.