How early to arrive for shows and parades?

In making my plans, I am a little hesitant to rely on the touringplans allocation of only 15 minutes prior to a parade or show to arrive. How early do you recommend we show up to get a seat (doesn’t necessarily have to be a good seat) at the shows in AK and HS? How about the Festival of Fantasy Parade and the Electrical Parade in the MK? We are going at a crowd level 5 day for AK, crowd level 6 day for HS and crowd level 5 day for MK…

It really depends on the show, but by and large 15 minutes is pretty good for most, IMO.

AK - FotLK has no bad seats so 15 mins is plenty. I have arrived as theater is filling for Nemo and had a seat up in back - again no bad seats IMO.

HS - BatB same - no bad seats and I almost prefer to sit up in back. Have been on a CL 8 or 9 and that theater wasn’t even close to full. Indiana Jones we arrived as theater was filling and we were off ot the side vs center, but still okay.

FoF and MSEP 15 mins is good if you want a spot in Frontierland. Much earlier for hub, Main St or Town Sq I think.

I think the key is to know WHERE to go for some of these to get a good spot. If you know those, then 15 mins is usually sufficient.

Ok, that is very helpful! I have been adding in “cushion” time where I probably do not need to add any…

We waited about 30 minutes for a FoF spot in Liberty Square when we were there in March. I will say, one of the best spots is right by the bridge from Liberty Square that leads into the hub. It’s almost like the characters got a short burst of energy before going across the bridge. We got some of my favorite parade pictures right there. 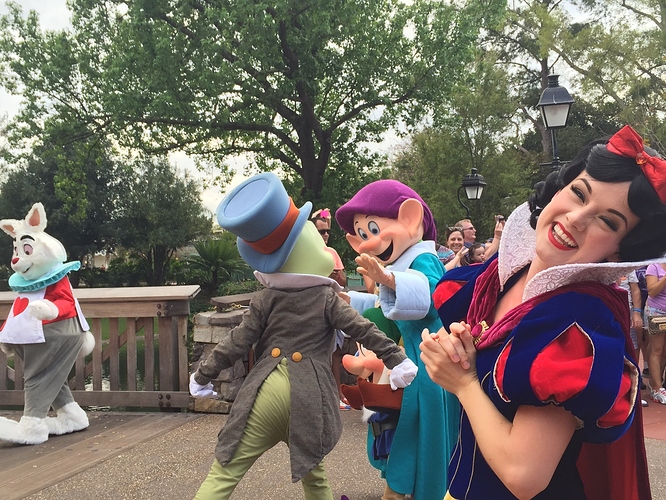