How bad would July 1 be?

So I was planning on going next year mid-June but now my daughter wants to do ballet and the recital is mid-June. So now I would be looking at a trip June 22-July 2 with WDW park days 6/25-7/1. July 4 is on a Tuesday next year and July 1 is that Saturday. How bad do we think the parks would be July 1? Best to avoid MK and EP? We would not be there late and if we did fireworks we would view outside the parks. This is 2023.

For the same reason (recital season), we traveled end of June and into early July last year. It was crowded but manageable. On 7/1 specifically my family went to UOR and I went to AK for a lovely morning before a nice afternoon with a talking cat at DS. We had dinner that night all together at Sanaa. 6/30 was HS and we had a fabulous time, morning in the park at large, with the whole evening dedicated to SWGE. 7/2 was mostly a resort day, a buying DVC points day, and an evening at EP after dinner at DS.

It will be fine. The thing that was the most challenging was the weather - we happened to have a TON of rain that week. And also it was hot as balls.

Thanks. The weather is why I wanted to go earlier - less chance of hurricanes and such but I guess it can happen anytime.

We didn’t have any hurricanes

And one night we got Dutch Spaceship Earth, and then were evac’d out of The Land, all of which was memorable.

but I guess it can happen anytime.

Yes. And not just in “hurricane season”. Yes, they are more frequent during the season, but they CAN happen at any time during the year.

In the past when I had trips leading up to the 4th of July the crowds didn’t start to build until the 3rd.

I agree, the rain and storms shutting down most outdoor activities for most of the afternoon/evening was unusual last year.

Good to know about both things.

before a nice afternoon with a talking cat at DS. 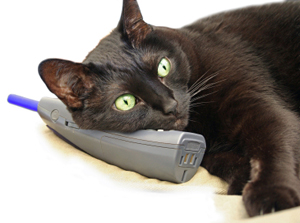 I ordered a Lyft and clicked the “Here Kitty Kitty” button and he showed up in a Carmen Electric and whisked me off to have oysters and wine. And then margaritas and bacon (or doom). And then a French 75 at WBG.

He was delightful, didn’t scratch me even once, and only left a tiny bit of fur when he gave me a hug.