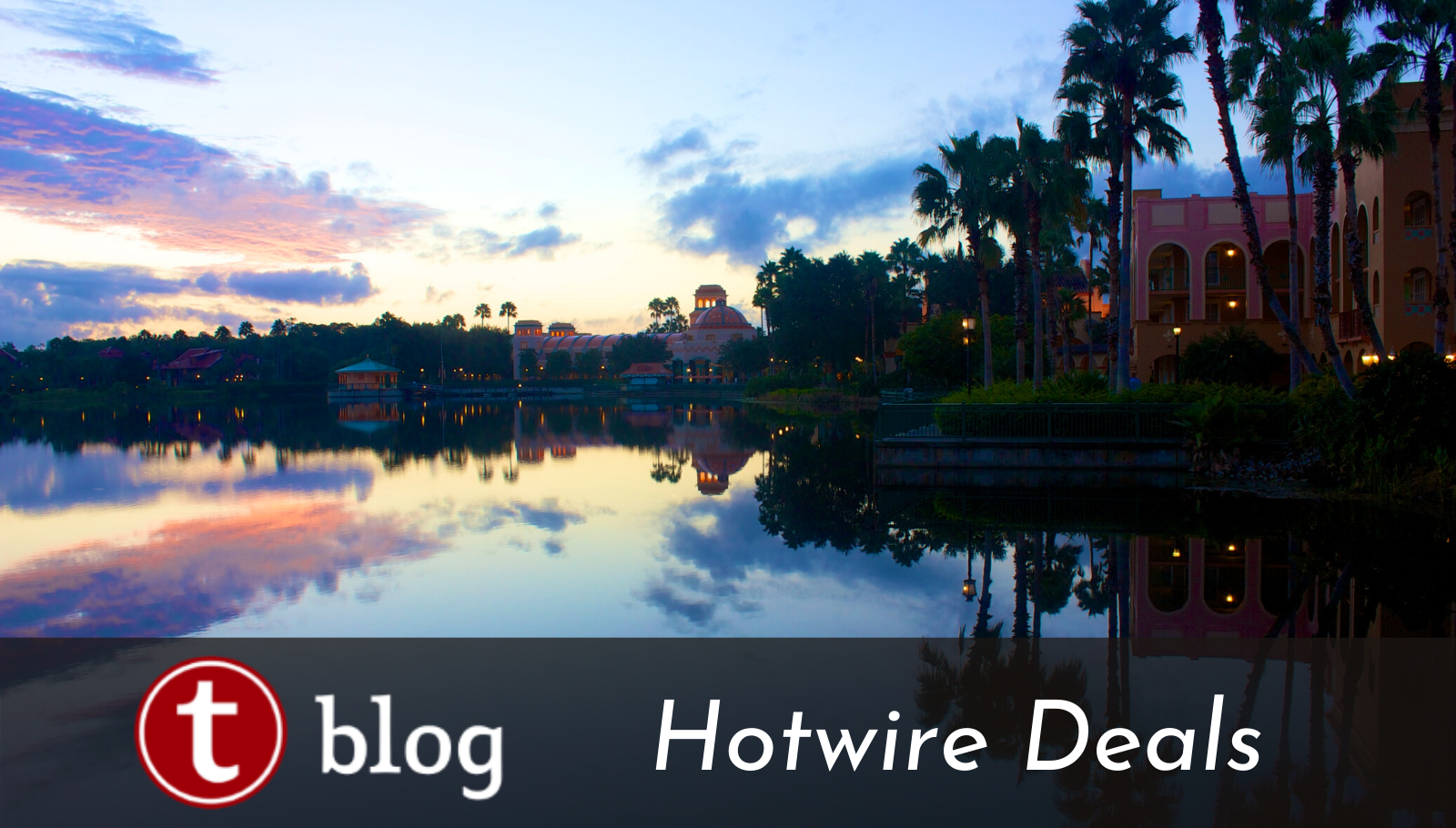 OK, Hotwire deal-watchers, we've got a big deal for you this time - literally …

Thanks for all of your work helping us save money! Even though I have yet to be able to take advantage of your research I still really appreciate it.

Oddly, I haven’t been able to take advantage of it either! Any time we were going: no hidden deals.

Happily, I usually do score really good Disney discounts… My fav was CBR for $75 per night after they gave us that construction credit.

Ok so I spoke too soon. I found CSR for the weekend I had booked in October for $75 less per night than what I had originally booked. That’s including all the fees and an 8% off hotwire promo code I found on retailmenot. Thanks for posting or I never would have looked that far out.

Do you think this is the Grand Floridian?
https://www.hotwire.com/hotels/details/MzExOTIzNjU2OTM6MzE4OTkwMjE5NzQ4Mw--?vt.GHD20=1&vt.SDE20=1

I am 99% sure that is GF based on the results of my recent search.

Super likely. The only two 4.5* resorts in BC on Hotwire are GF and AKV Jambo, but GF is the only one with a 4.5-guest rating.

If you look at Disney’s site, the available rooms with those bed types there now are Outer Building rooms.

But I haven’t heard any reports from anyone booking GF Hotwire deals so can’t offer any guess if they are.

Thank you! I have a trip booked for June 22-29 but I need to move it to June 20-27 but I am not able to modify my reservation as I used a pin code that has ended.

I used the promo code RMNBREAK to take 8% off yesterday.

If you happened to have a multiple day booking over $500, did you find that HW code actually gave you 8% ?

When I try it out on test bookings it seems to max out at $40.

Yeah it maxed at $40 for me too, but that was still the highest discount amount I could find.

Was wondering if I was missing something - can’t find any terms of service for that code at HW or the Retailmenot site.

Me either. It just showed that max when I applied it to a booking. Luckily our trip is only 2 nights, but if it was more I’d be tempted to book multiple 2 night stays

My family of 6 went to WDW last Feb, right as the pandemic was rumbling around on the coasts, but before all of Disney’s precautions and cancellations related to covid. However, on day 1 of our trip, we were queued up for Barnstormer (following our touring plan) and I looked over to see my then 4 year old licking the handrail. Suffice it to say, he had full blown acute gastroenteritis by day 2 and was out of commission for the rest of the trip. Luckily we had brought along grandparents, who offered to stay with him (and quarantine him from us–Ha! BEFORE that was the word of 2020!) and we toured with the rest of the kids. I’ve been so sad he missed so much of the trip, and my husband recently said he’d be ok with me taking that kiddo on our own little do-over trip, as long as I watched the budget. Enter Len’s podcast with Jim Hill talking about John’s work on the Hotwire/Priceline stuff. So now, my back-up plan is I’ve got credit card points that could put us up at the Wyndham Grand Orlando at Bonnet Creek–but I’m hoping to find a sweet on property deal for our trip dates that lets me take him on property! (Our Feb trip we stay with points at the DoubleTree at Disney Springs)

Our dates are May 20-24, I’m hoping to beat most of the country getting out of school for family vacation and possibly still snag a sweet deal. Here’s what I’ve found so far:

My asks:
Typically, how far out does the deal drop to it’s lowest available? I feel like I’m lurking on hotwire for an hour or two every day!!!

If any of you see an ASM or Pop come up for those dates, even partial stay, will you help a sister out? Thanks!!

Oh man, little one getting sick on day 2 of a trip stinks.

For Hotwire and PE in normal times (what are they?) I’d say you have to start watching for deals about 4-6 weeks out - but since Hotwire dumped the whole year now, it is kind of a wait and see how these available deals change over time.

Looking at your dates, it seems like they sadly might be some with the higher priced rates, so nothing really good, at least for now.

Crazily enough, Priceline doesn’t have any hidden Disney resort deals out for May yet - and their non-hidden rate for AS Movies is $172!

I think my game plan would be to score the best refundable deal I could find now and then just stalk the sites like you are doing. I really can’t say anything for sure, but I’d be super surprised if we don’t see at least some better deals for Movies and CSR as we get closer to your dates.

I’m kind of doing the same thing - we are very tentatively thinking about a July trip, but not sure since we’re not really comfortable about traveling if DD14 doesn’t have her vaccine in by then. There do happen to be decent discounted CSR and ASM deals out in July, but since we’re not ready to pull the trigger I’m meditating to keep the stress down since I DO NOT LIKE WAITING FOR THE LAST MINUTE.

I will definitely keep an eye out for your dates as I do my daily checks! Good luck to us all!

Thanks, John! I’ll be running anything I think may be a hidden deal by you, just to make sure! I appreciate your help.