Hello,
I’m trying to plan a somewhat last minute mother/daughter 1st trip (& possibly only?) to Disneyland with my 10 year old this November. We would probably have about 4 1/2 park days. Being unfamiliar with the area, I’m finding it somewhat difficult to judge the appropriateness of my options for a woman & child alone, though I have tried to read up & watch a bunch of YouTube videos.
I’m considering the Fairfield Inn for its walking distance proximity, but I’m wondering if the Howard Johnson, which is slightly cheaper, might be a better option because of their pool. Is a Pool even something I need to consider in November in California?
I’d be grateful for any feedback on these options, or any other better suggestions (I’d love to do the Disneyland Hotel, but the added cost is a down payment on another trip, but I’m not entirely closed to being talked in to it, for good reasons) We are usually value hotel people at WDW for reference

The Fairfield was a quick walk with a clean room. The pro is you walk past a Panera and McDonald’s on your way to the parks. I personally preferred Tropicana which is just a tad closer. I will be staying at Camelot in two weeks, which is sister property to Tropicana and is right between Camelot and Fairfield. While I LOVE DLH, it is really hard for me to make a strong argument for it with so little benefit right now. Another option (which is what I am doing in November) is to stay at a convention center area hotel and take the shuttle from the Toy Story Parking lot. We are staying at Homewood suites. I have not stayed HOJOs, so I personally can’t speak to that one, but usually it is a bit cool for a pool for me in November. Kids are built differently though and usually will swim in any weather.

We stayed at Tropicana a few years ago. It was perfect! Cheap, clean, and very very close. 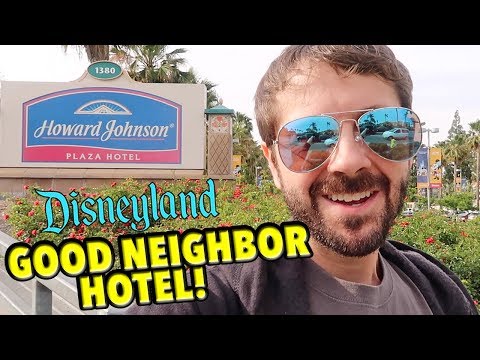 Thank you for the thoughts

I checked the Tropicana website for my dates, since it was mentioned twice & it turns out it is available. I’m not sure why it wasn’t coming up on my other searches, but it’s moved high up on my list now.
I feel like the various puzzle pieces for letting this trip happen are finally falling together & I might pull the trigger soon & officially have a Disneyland trip on the books.

I don’t know how useful this will be for others, but I spent WAY to much time deciding on a motel/hotel for an upcoming trip. I love spreadsheets though.

These are the Harbor properties closest to the Disney Main Transportation Center (DTC). Only sharing the ones that are half a mile or less but have more if desired.

Note: Candy Cane Inn is remodeling and unavailable until 2022. That was my initial choice. Ended up going with Camelot Inn & Suites and paying extra for the family suite.

I’ve bookmarked this! What a great spreadsheet.

I just had to spend $6550 on an entirely new A/C system. Luckily, I had an “emergency fund”. However, I’m starting to rethink spending an extra $3,100 + to stay at GCH. That’s double the price of a full week at The Best Western across the street…

I know it’ll be my once-in-a-lifetime trip, but I feel so guilty spending so much just to be on-property. My trip is still 400+ days away and I’m sure I’ll wavier. I may double book a reservation at a Good Neighbor hotel just to have it and give myself the choice.

I can throw in a vote for the Best Western Park Place Inn. Most rooms have two queen beds plus a sofa sleeper so when both of my grown boys come they don’t have to sleep in the same bed. There is also a breakfast buffet included which saves us a lot of money (see above about grown boys!). (Side note - with Covid precautions almost all the items were individually wrapped and we could take them with us which was even better in some ways!). It isn’t the quietest place as it sits right on an intersection at Harbor Blvd., but for the price and short walk we think it’s awesome.

We have stayed at the Best Western Park Place many times and haven’t ever worried about our safety, even when one of us returns to the hotel alone. There are always many people heading to and from the parks and there is safety in numbers! Most of the CM’s use this walking route also, as some of the CM parking is across the street from there. Of course use all the usual precautions - walk where it’s lit, stay in groups, keep your eyes on your stuff - but being as Anaheim’s livelihood depends on Disneyland, the city does a nice job overall.

That said, you’re not “in the bubble” like you are at any of the WDW on-property hotels. There’s traffic noise, tacky tourist places, and your fair share of all kinds of people… for our last trip in October there were some preacher-types on the street corner yelling over megaphones that Disneyland was a “den of evil.” There’s also a public bus stop right on the street and while most of the patrons are great, there is usually a passed out person (or two) on one of the benches when we return to the hotel at night.

Also as an aside I would recommend trying the DLHotel once at some point - it’s such a great hotel and so true to the history of Disneyland. It also has an amazing pool! That said, maybe when it’s warmer out you could split your stay and just do a night or two at the DLH - there are often cheaper deals Monday - Thursdays.

We’ve done a “split stay” for a couple of long weekends where we do two nights at the Best Western and one at the DLH - We run ourselves ragged at the parks for the first two and a half days, then relax at the pool and the hotel for our last night and morning before heading home. It’s kind of nice to end our trip on a purely Disney note!

And last thing (if you’re still reading!) – four and a half days is more than enough to see everything and still take it slowly. We find that we can do most everything in three full days even with breaks. Unlike WDW, park hopping at Disneyland means a two minute walk rather than a bus, train, boat, etc! Have fun!!

I have stayed at the Best Western Park Place Inn and the Fairfield by Marriot.

I did check out the Best Western, but it’s unfortunately not available for my dates, but the location does seem perfect.

I decided to go with the Tropicana, because it seemed to get better reviews & the slightly closer location over the Fairfield Inn. But when I went back to book the website showed no availability again

So I booked the Fairfield Inn option in a slight panic, because I was worried about having any place at all. Low & behold the Tropicana website showed availability for my dates again the very next morning, so I quickly booked it before it went away again. I will probably cancel the Fairfield Inn reservation, but I’m going to wait a day or so, just to make sure that the Tropicana really does have a room for me & it wasn’t just some sort of computing glitch.

It feels good to have the hotel choice (mostly) settled since that was causing me the most anxiety. Thank you to everyone who gave advice. Now on to reading up on everything else to ready for my first trip to Disneyland