I miss the Skyway but glad they shut it down too. Too many rotten ppl spitting down on walkers from up there

Too many rotten ppl spitting down on walkers from up there

Oh, that’s terrible! Is that why they shut it down?

I don’t know why they shut it down. But I do remember getting spit on and looking up to see a bunch of teenagers yucking it up

Photo #1 - That’s IASW on your left …the Skyway platform was where the Tangled bathrooms are now - they must be taking the photo from there? You probably wouldn’t be able to get this elevated angle anymore if you were trying to recreate the photo.
You can see on the ground in front of IASW where that large pylon used to be.

If you draw a line from Space Mountain thru the Carrosel (both visible in the picture) you get this:

And switching to street view you get this: 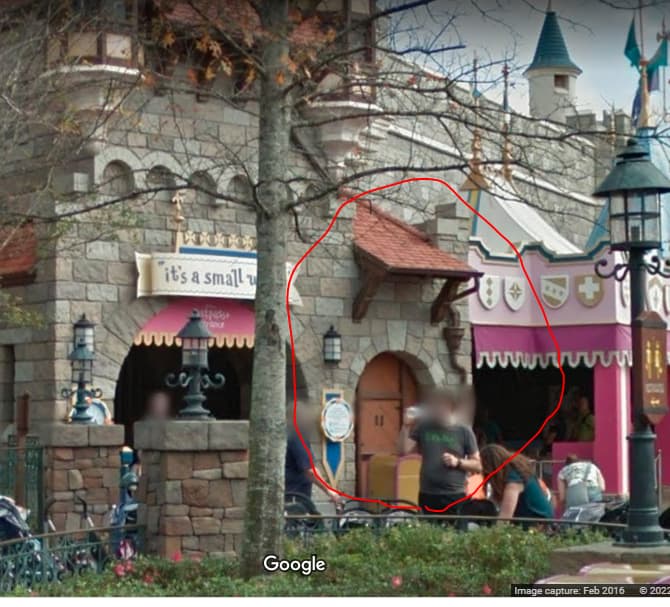 The key to dating your pictures is the the white building in the background of Photo #6.

Based on the style of the railings I’m guessing this is a view from the docks at the Ticket and Transportation Center and what we see in the background is the early construction of the Grand Floridian. If this is true then the photos can be dated to the second half of 1986.

match for the doors in your picture

Amazing! I love seeing the small changes in decor over the years.

I’m almost certain these pics were taken in late winter or spring, possibly as late as March. Less sure about the year, but if I had to bet I’d still say 1984.

These images are so fun! I have almost the exact same picture in front of the flowers from when I was a kid.
Have you seen the Timekeeping video series on the WDWNT youtube channel? It’s super cool and may offer some insight into your images if you’re looking to date them.
Here’s a link to 1983
They have a video for each year since opening in 1971. It’s super cool.

Oh, fantastic! I will check this out, thanks!

I always forget about Google Street view @linsalt So helpful! Right here where the random patch of cobblestone is is where that large pylon used to be. 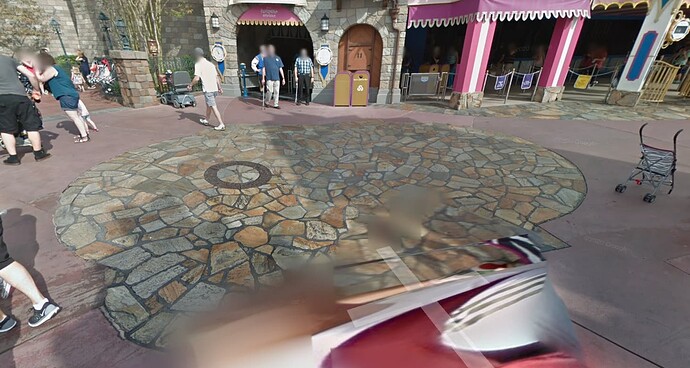 wait… it gets inside the parks w/o a ticket?

Oh, such a Fun Fact!

It was really cool to walk over this patch of ground last week and think about the reason for the odd stonework pattern….