Calling all Disney Detectives and Historians!

Can you tell me if these photos are from Disney World, in or around January 1984?

(Asking for family members; I’m obscuring their faces because I don’t know if they want their images posted.) 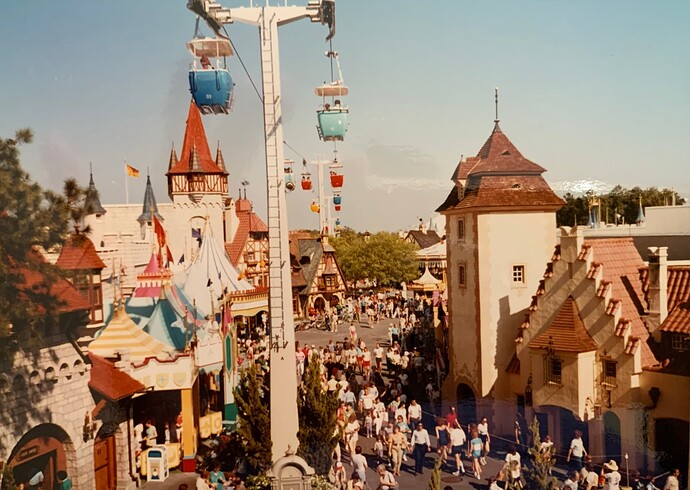 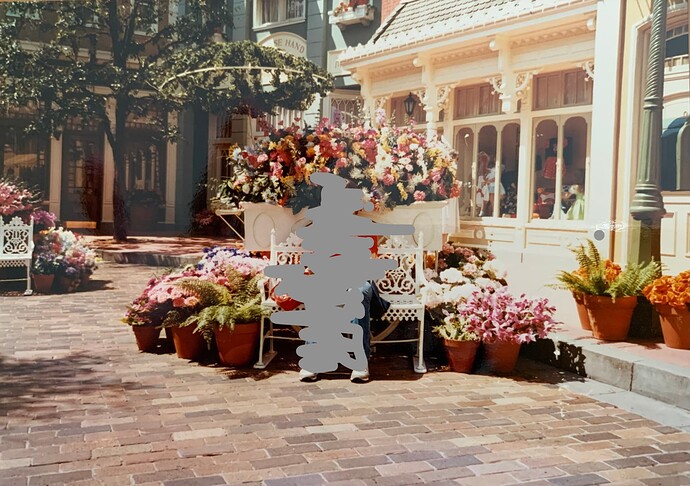 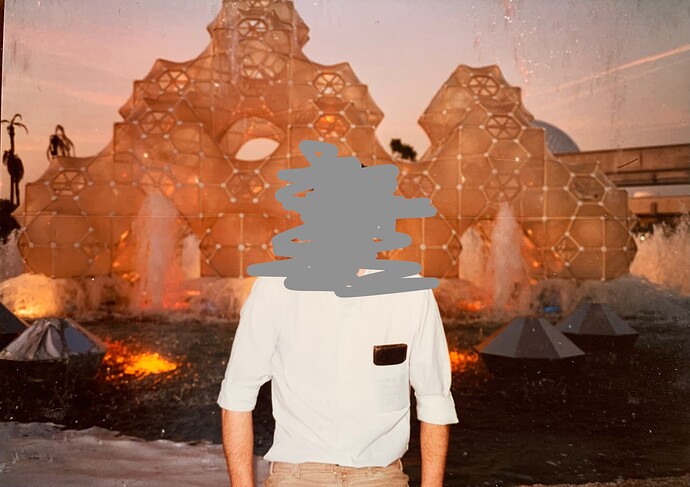 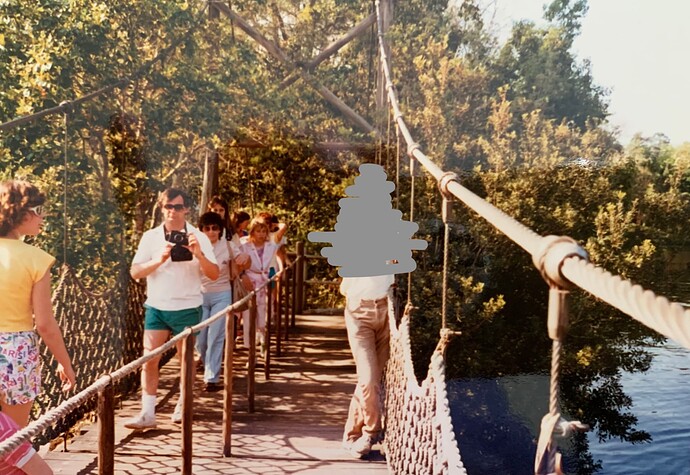 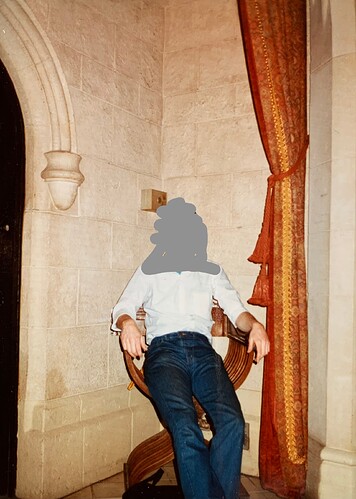 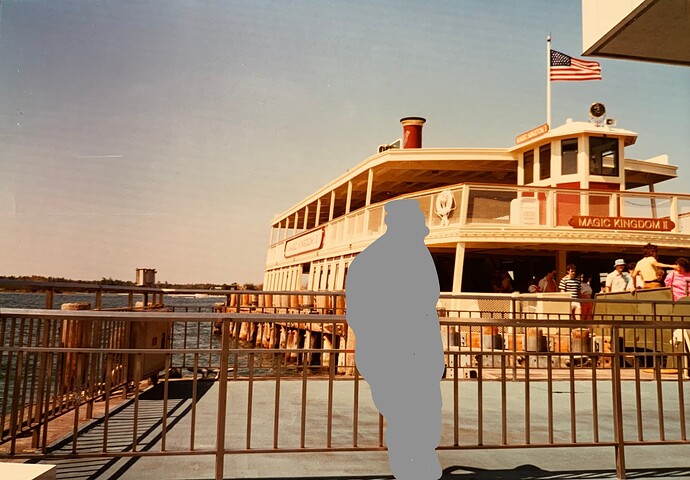 Yes, I believe so

According to Wikipedia it was an opening day attraction at MK and closed November 1999.

So, Photo #1 is WDW Magic Kingdom? Do you know what area or buildings we’re looking at in that photo?

Can anyone identify the locations in the other photos?

all but the 3rd pic are in MK. Second pic on Main Street.

Oh, now that you’ve singled out #3 as not being in MK, I think I see Spaceship Earth peeking out behind that sculpture?

Photo 2 is the west side of Main Street about halfway up. There used to be a short side court there but the Emporium was expanded maybe ten years ago to fill in that spot.
Photo 3 are now-defunct fountains in front of Imagination in EPCOT.
Photo 4 is Tom Sawyer island.
Photo 5 is at the top of the stairs in the entry to what was probably called at the time King Stephan’s Banquet Hall, now Cinderella’s Royal Table.

It looks like first pic was taken over fantasyland while on the skyway. #4 is the bridge on Tom Sawyer’s Island. #5 looks like a chair in Cindy’s castle.

I love all this detail, thanks so much!

I’ll be looking for these spots (what’s left of them) on my upcoming trip.

So based on primarily the clothing people are wearing, this could certainly be 1984, though I would say more likely 1985 or 1986 as there are a lot of pastels and brighter colors. That was definitely a “Miami Vice” effect that really hit its stride in those years.

Oh, and here is one more photo! The boat sign says (I think) MAGIC KINGDOM II.

I’m pretty sure it’s January or February 1984, but if anyone sees any definitive evidence that it’s a different timeframe, please let me know!

That’s the Ferry Launch at TTC. Ferry to the MK.

or maybe the other direction. I can’t ID that tall bldg out there on left side of pic

Yes. Definitely close to the Fantasyland end, SM is visible in the distance.
I wonder if the door marked “Exit Only” in the bottom left is for IASW