Have I found my people?

I’m planning my family’s first WDW vacation for early November. (Land+Sea with 2 days in the parks + 4 days on the Dream)

I found this site a month or two ago, paid my pound of flesh, and then spent an embarrassing amount of time creating TPs, searching for ADRs, tweaking the plans, changing the ADRs, etc.

My friends and family all gave me that “what’s wrong with you why are you obsessing over every last detail can’t you just wing it like a normal human” look.

And for a moment I thought “yes, what’s wrong with me, why can’t I just wing it like a normal human?”

But then I read more of these topics and I realized that some of you people are just as hopelessly OCD as I am. I love the acronyms and the strategizing around ways to shave a few minutes here or there off of a plan, or to save a few dollars here or there off of an entire vacation. I love that some of you look at vacation planning as a form of problem solving: “how do I maximize our experience on this trip?”

Maybe it’s the rum talking (I’ve had a beverage or two tonight), but I really appreciate all the information that’s been shared here. I feel so much more prepared for the vacation than we did when we first booked it. In fact, I sort of get the impression that my TA is wondering why the hell we bothered to hire her in the first place, since I’ve pretty much taken over all aspects of the planning

That’s it. Just a thank you post. Carry on.

Welcome to the club!

can’t you just wing it like a normal human” look.

They are all crazy! Welcome! Isn’t it great when you find a group that not only understands, but love to help each other!

With only 2 park days, you have to plan it out. For the pound of flesh you’ve paid, walking around in circles not knowing where to maximize your time is just not something I’d be doing. Too much stuff to choose from that you can choose ahead of time to filter out the stuff that’s not as important with a finite amount of time. Your family will thank you.

You have found us. 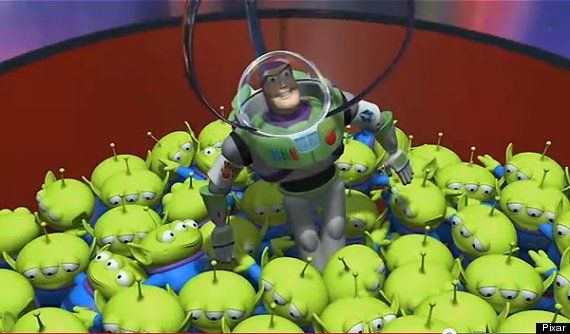 With only 2 park days, you have to plan it out.

Exactly! Why the heck would we pay $800 in park entrance fees, another grand in lodging, another grand in travel, just to spend all day criss-crossing the park with our heads buried in maps trying to fit in 3 or 4 major attractions?

If my MK TP is accurate we’ll hit ~20 attractions and never wait more than 13 minutes (thanks to the DAS program, which will help my ADHD kiddo immensely).

Sure I’ve spent like 40 hours on planning, but at this point I have the park layout committed to memory. What else was I going to do with that time, watch TV? Blech.

Your family will thank you.

Our wdw trip was the first vacation my wife just followed me around trusting I knew what to do. By the end she was so impressed at all we managed to do, how I knew to get extra FPP when it rained, that I understood how to maximize rider switch, and how we only waited in a few standby lines the whole trip! I felt so proud and she was very appreciative. Ok, I STILL feel so proud and our trip was in July! You will rock this.

Heck I still feel proud. And our first big trip was 8 years ago.

It’s a revelation when you find this site, isn’t it?!

Welcome home, Seth. I felt exactly the same way when I found this site. My family just doesn’t understand, and that’s okay. I think they have no idea how much planning goes into a WDW trip. (They probably just think it’s all Disney Magic.)

Honestly though, I love the planning and the anticipation. It’s the happy place I go to when I need to escape for a few minutes.

That is exactly how I feel! A complete escape. Disney planning has become my favorite hobby!

I had a colleague tell me that if “trip planning” was a religion or a political party it is the one his wife belongs to. I too belong to the trip planning club. I love all trip planning and problem solving. But Disney trip planning is the best of all!

On a different note, the hardest thing for me on my first Disney trip was “letting things go”. You’ve planned, so you have the expertise to deal with challenges, changes, and but also to let everyone just take it all in. Know you could hit it all, but that doesn’t mean you should hit it all. (For everyone’s sake).

Happy to have you in the group! Watch out this group tends to enable return trips!

Yes. Yes, you have found your people.

Yes, we are your people.

I recently had a good friend say: “and, HOW many times have you been to Disneyworld?” 32 I think, lost count. Then comes the eyeroll & askance look toward other friends gathered around. haha. Love those guys, but they don’t know what they’re missing!

And @sethpetryjohnson, your fam will thank you, as you all sail past those long crazy lines of “normal” people standing in SB.

Planning a Disney vaca can be fun in itself, too! Especially with all these great Disney pals on Forum and Chat.

I actually wasn’t a major planner before getting to this site. I only ever had an idea of what to do when I visited places, and everytime those plans would be thrown to the wind and I would “wing it” as I didn’t have any clue as to what was actually going on at these destinations. It was…ok.

My TA signed up me up for this site when I decided to go to Disney. I thought it was a giant waste of time and when I saw the hard core planners, I thought “well now, these people are just disturbed.” but then I also remembered the family 1990 trip my parents took us on and was determined not to repeat that, so I started reading and asking some stupid newbie questions (which this place was extremely forgiving on). And for funsies I made a touring plan. After all, this was a “Once in a lifetime trip™!”

My parents had “planned” (read: haphazardly planned) our trip to Disney in 1990. We had a great time, absolutely, but we missed out on so much or were caught surprised by other things. We happily stumbled onto the afternoon character parade, had to cut out of Spirit of Aloha due to time and misunderstanding of how the buses worked, and outright missed the Main Street Electrical Parade the entire week (never even knew it was a thing until we got back home and saw a video).

And then something happened: I got into the planning. I mean I REALLY got into it. Acronyms, Crowd Levels, Reservations, Fast Passes, rides, wait times, walking paths, speed tests at home to see how fast I can cover ground(without looking psychotic), gear tests, etc…

My living room at one point consisted of 4-5 screens with various information up (ranging from a 65" TV to a 5" smart phone). Not unlike…

I got to Disney…and followed my plan (fairly loosely compared to most) and probably the worst thing that could have happened happened: it all worked. Near flawlessly. As you mentioned, I felt I maximized my time at Disney and got my money’s worth out of it expoentially. Making the trip the best trip I’ve ever been on. Now I’ve been back twice over since then and even went as far as getting in on being a DVC member. Each time ramping up my planning and each time it’s worked out extremely well, even when I broke from “The Plan” and winged it because I was so prepared and knew the various options open to me at any given time.

People complain about Disney World in passing around me and I just remain silent, grinning knowing that they didn’t plan. And no, I won’t tell them how to rectify it… I want my low crowd levels! lol

This place changes you. For the better.

My greatest fear right now is that after our trip we’ll decide that the crowds and the cost don’t justify the experience, and then I’ll have obtained all of this knowledge with no further value.

And that would suck because I haven’t started doing the math around DVC points or split-stays yet. That sounds like at least another 20-30 glorious hours of research and spreadsheet planning

My greatest fear right now is that after our trip we’ll decide that the crowds and the cost don’t justify the experience, and then I’ll have obtained all of this knowledge with no further value.

Chances of that are low, if you have a solid touring plan (don’t forget to let the vets here review it to give ya some tips!) crowds will likely not be an issue.

Well, let’s be careful and not assume we’re all the same.

Personally, I like to have an easy-going schedule. Maybe I’ll visit MK on day one, maybe I’ll visit Epcot. There’s no need to decide in advance. I’ll see how I feel when I wake up that morning.

Obviously I schedule a few essentials, but once I’m done (it’s a ten minute job — max) I walk away. I don’t see the point of endlessly changing things. I have my — very relaxed and casual — plan and I stick to it.

But that’s just me.