Sorry, I missed that you had already created your wonderful article. Thank you for the personal answers. 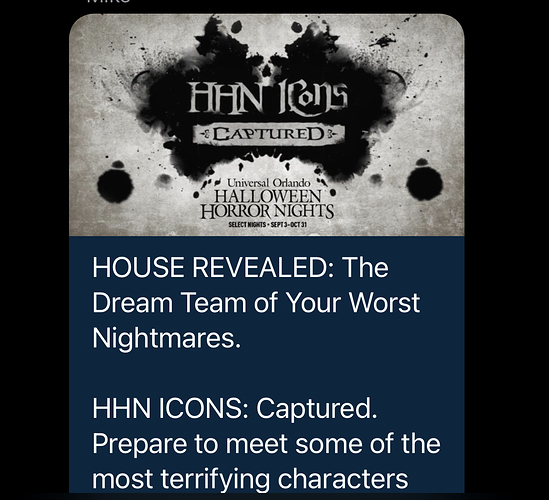 Almost all of the Scareactors are very good at picking up non verbal clues. I’ve never heard of a specific signal but your body language and expressions help them to determine if you don’t want to be an active participant. It’s not fool proof but it is a thing and it usually helps.

If you don’t want to be messed with bring some teen girls or follow them thru. They seem to prefer going after the screaming teens. ;-).

I also just laugh and don’t act scared. My daughter talks trash and almost punched a scare actor on stilts that got her from behind (it was just her instinct and she checked herself). But he did leave her alone after that lol. So it might be a valid way of letting them know hahaha

Edit: We go to a local trio of haunted houses every year and my advice to my kids whom I’ve been taking since DD was in 5th grade and her brother in 8th to walk with confidence, don’t act giddy or scared and when they stare at you, stare back, etc. If you act not scared you’re really no fun to mess with and it has worked for them all these years. All of the giggling screaming teens that run off and act terrified get harassed non-stop. It’s all in the attitude you present that determines how much you can get messed with. My experience at HHN (in Hollywood) was there was no way of avoiding certain scare zones though. There is one on the walkway toward the exit there and you have to walk thru it so you will get messed with a little bit. For me the actors don’t bother me but I super hate the chainsaws even though I know they have no blades on them. And lucky me this year HHN in Hollywood has a Texas Chainsaw Massacre haunted house. Sigh.

I was once told never to look at my phone in the scare zones.

This is A+ advice. 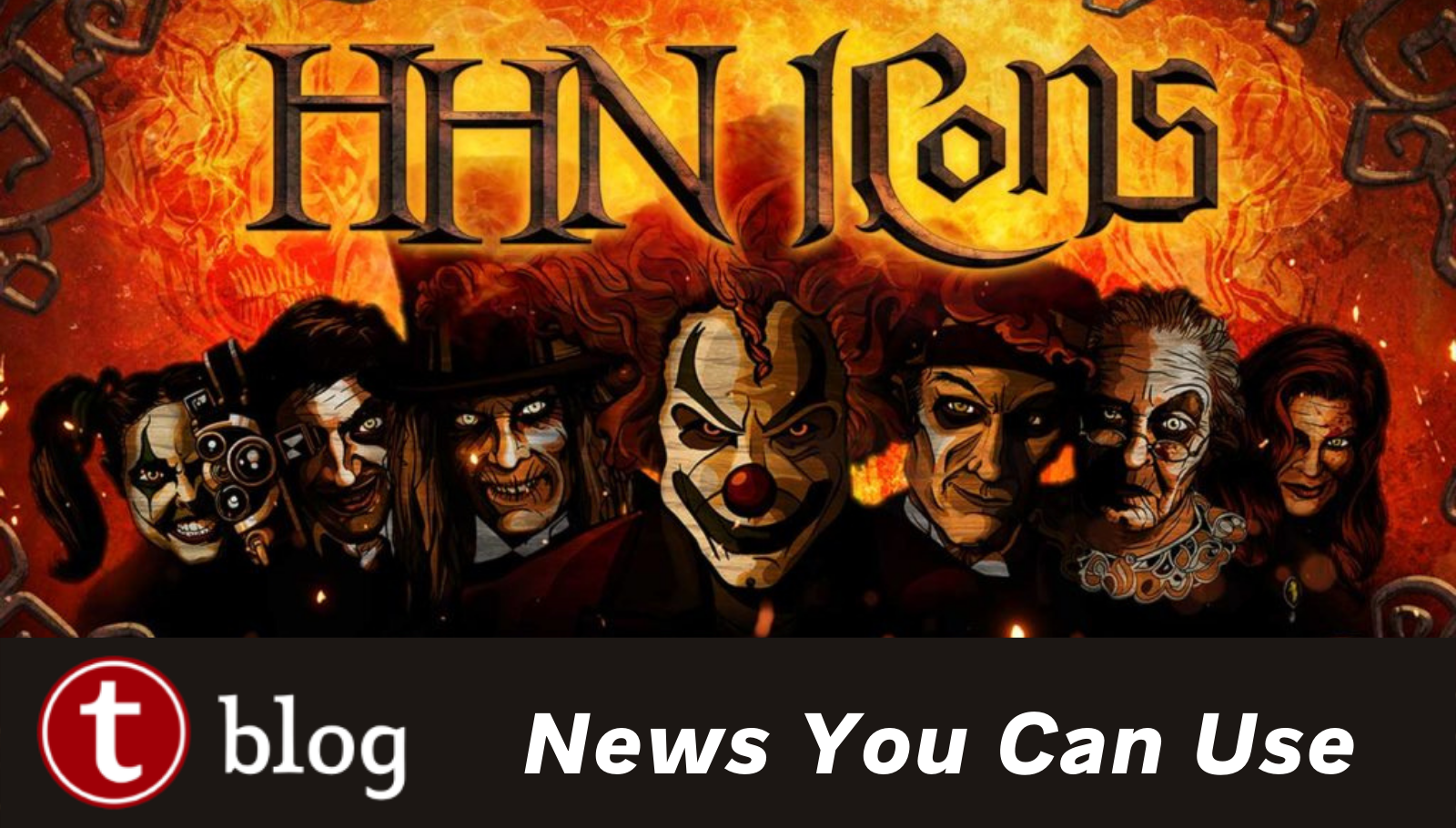 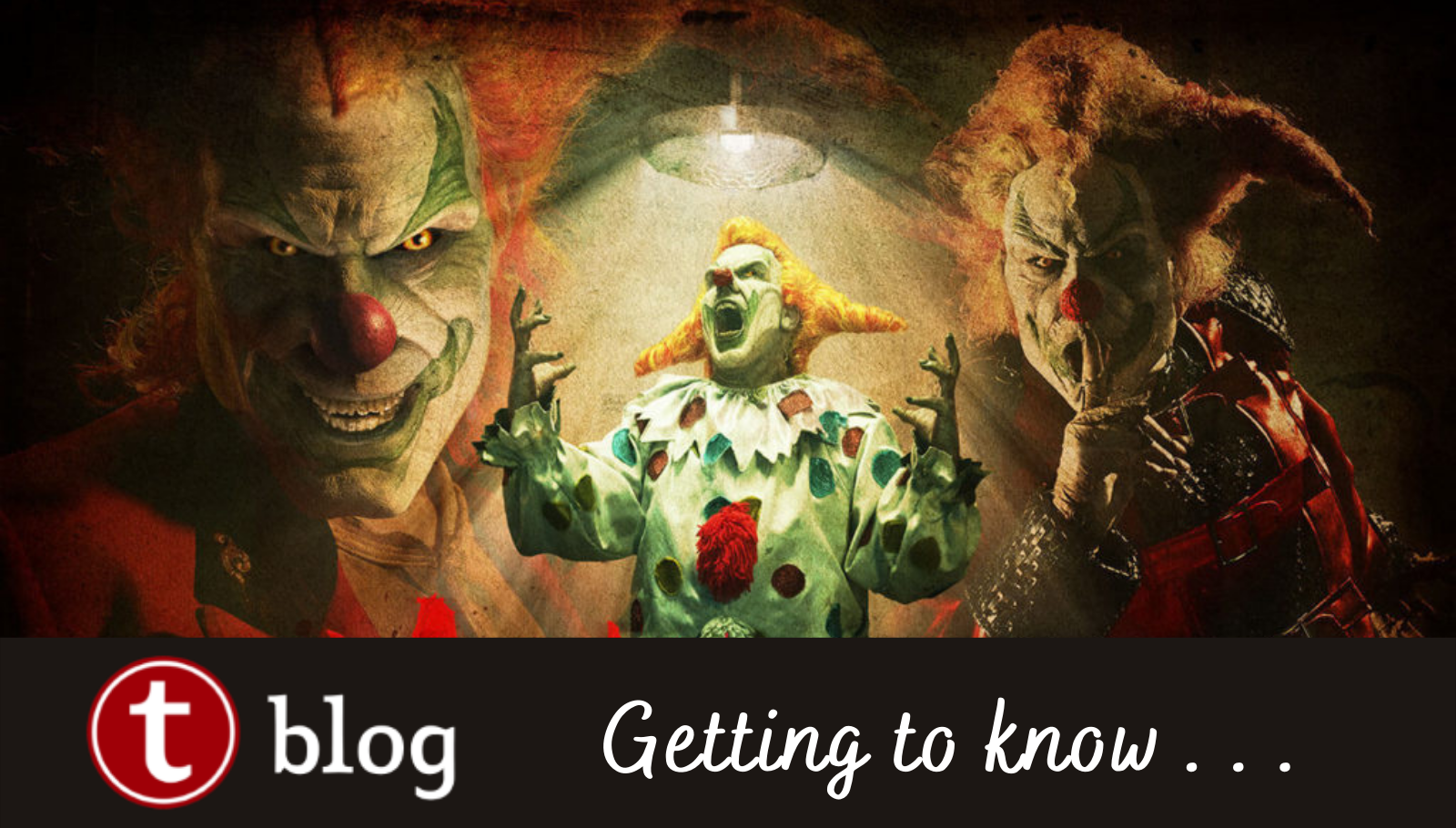 Light the jack-o-lanterns, rev up that fake chainsaw, and put on some slasher flicks - this week we are Getting to Know Universal's Halloween Horror Nights! Whether this is your first time or you have been visiting for years there is a lot to learn....

So stupid question this is the first year we are premier passholders…-we normally just buy our HHN tickets at our local AAA- I was able to figure out the dates for the free nights included with our passes picked up a room at Cabana bay. How do I actually access/redeem the passes? I didn’t see any option online.

Just swipe your UOAP at the gate the day you’re attending!

Tomorrow should be the big day of news. As such this week expect a Four Money Saving Tips article for HHN.

Next week I’ll have Part 1 & 2 of the Ultimate HHN guide up. Marc will be working on an article about the Tribute Stores. Finally after the first weekend expect an initial impressions review of the event!

Thank you! I have been obsessively checking for news!

I’m so excited. All of the houses sound great. Now I just need an official map. 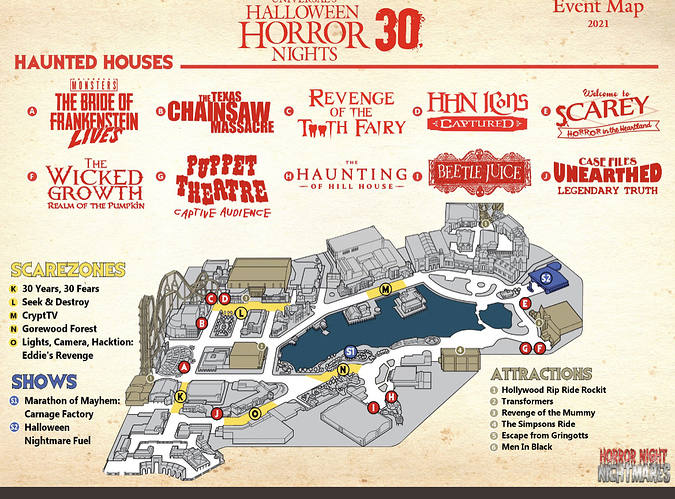 My possible plan of attack. 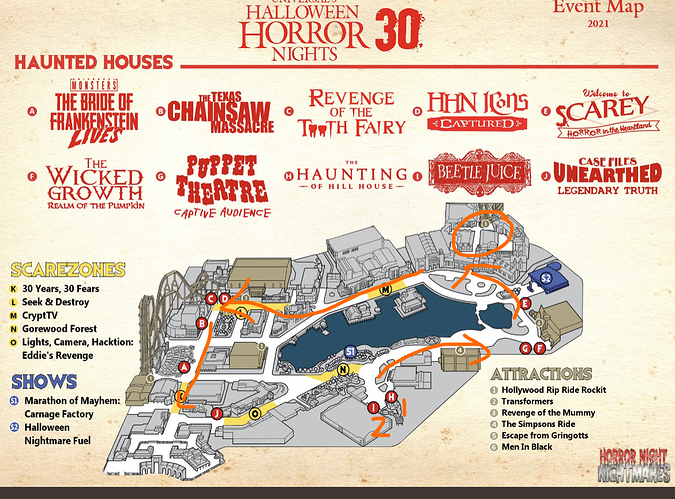 Will you be participating in stay and scream?

Probably not but maybe. Have they released the $25 add on? It wasn’t there when I bought my ticket. I do have express pass. It’s going to depend on if I buy express for my 1 regular universal day or if I decide to do multiple park days instead.