We were excited to see HS especially the new Toy StoryLand since we hadn’t visited since Feb. 2011 but now it’s just the 2 of us–Mom and DD19.

On May 7th, we were of course running a bit late…always for us, girls that like to stay up late and not get up early! We grabbed an Uber from POR, and had a great talk with the Uber driver who was a former vet. She pulled into what her Uber app said was the ride share drop off only to be told by a CM to turn around because this entrance was only for Disney buses. He told her quickly the wrong directions and then we wasted 20 minutes going around in circles. It wasn’t her fault. She relied on the Uber app and it hadn’t changed the drop off location. We ended up getting to HS after 12pm.

Well, all turned out right in the end because we made our first FP window. I forgot how much RnRC rocked you literally. Loved it even though my neck was a bit sore for awhile!

Then we were on to 50’s Prime Time Cafe. I was eager to compare this to SiFi Dine In that we had gone to in 2011. I preferred the 50’s Cafe for food choice and atmosphere. If you have kids under 10, I understand the appeal of SiFi but I thought the food was poor and the short B&W SiFi movie loop was fine the first or second time but the fifth time–yikes!

I was in particular looking forward to having lunch at the 50’s Cafe because I grew up in the late 60s and 70s when many kitchens still looked like this. I remember our kitchen floor being B&W vinyl, and our first TV was a little Teledyne B&W.
We loved the homey feel of 50’s Prime Time Cafe, and we eager to seek shelter from the already high humidity. The restaurant is set up like a series of classic kitchens with cute laminated kitchen tables, and the wait staff gives you a lot of “lip” for not finishing your food or looking at your iPhones! Your waitress was Elaine who has her own FB page which we joined. I was standing taking a photo of another room, and she chastised, “What are you lost? Go sit down, already!” Another waitress asked us where we were from, and replying that we lived near San Francisco, she exclaimed, “Oh, really hotty totty, are ya?!” LOL
We shared the “Sampling of Mom’s Favorite Recipes”. My DD liked the fried chicken. I thought the pot roast was quite tasty and the meatloaf–meh. My DD really like the blue cheese iceberg wedge. I would recommend it especially for lunch because of its upbeat fun vibe. 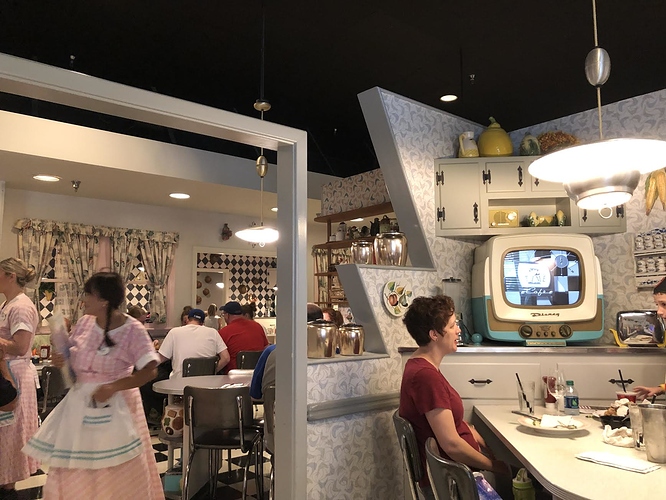 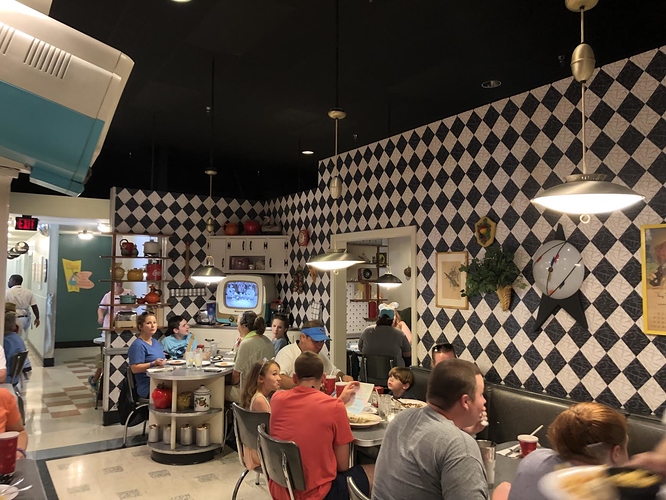 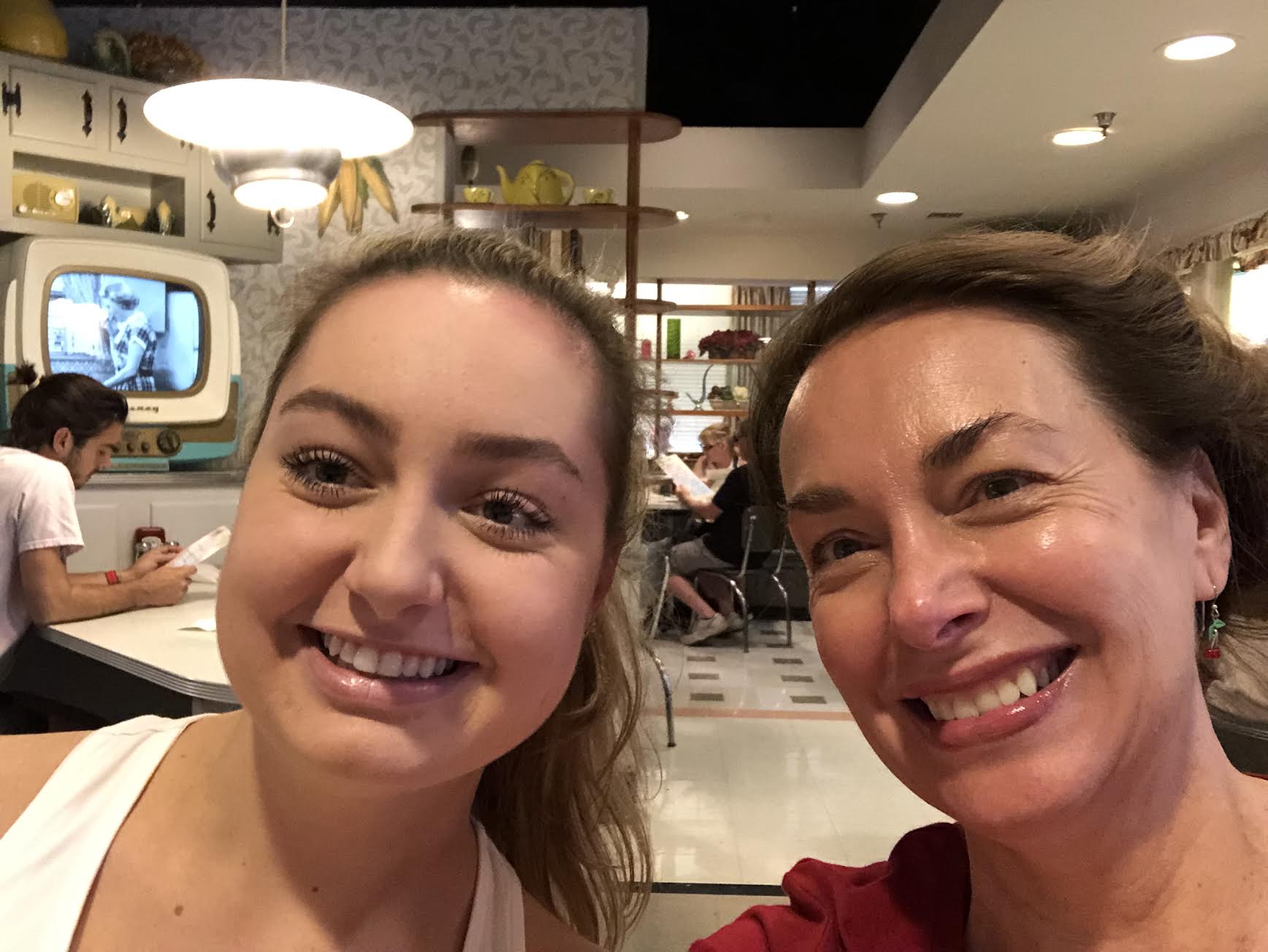 On to Toy StoryLand, we had FPPs to TSM. Some of you might be aghast but I had originally snagged FPPs to SDDR but modified them to STM because STM was a higher priority for us since we love the attraction at CAA. We knew the somewhat similar Buzz Lightyear ride at MK was a huge disappointment compared to the upgraded one at CAA so we definitely wanted to get our interactive “mania” on. I beat my DD score! Love this ride because it is so celebratory!
After enjoying the ride, we toured Toy StoryLand and we loved the colorful detail. 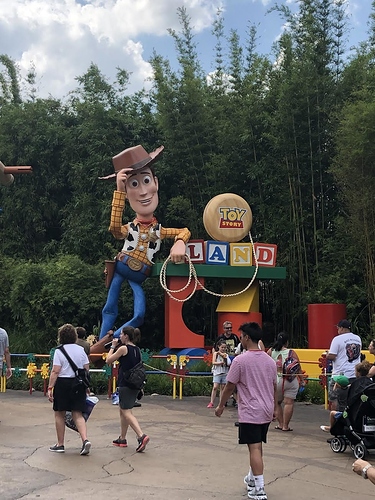 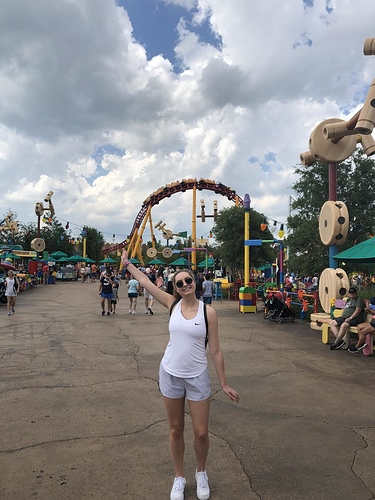 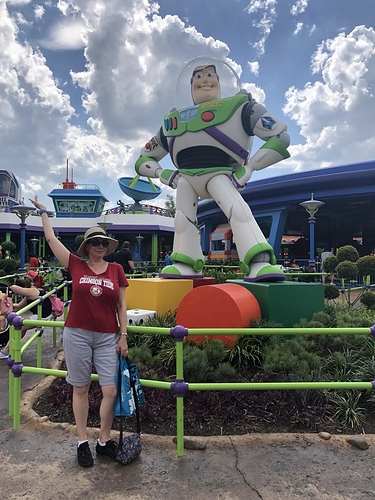 The heat and humidity at 3pm were very exhausting so we sought refuge under the shade at Woody’s Lunchbox. My DD had the tasty kids’ grilled cheese meal and we shared the yummy raspberry PopTart. The outdoor seating was very cute. 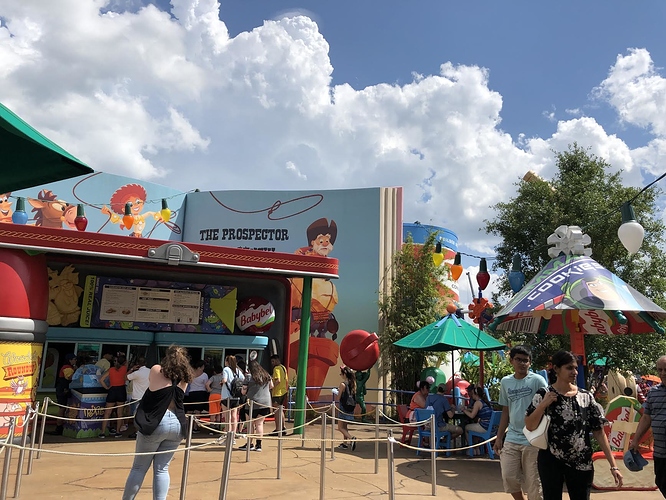 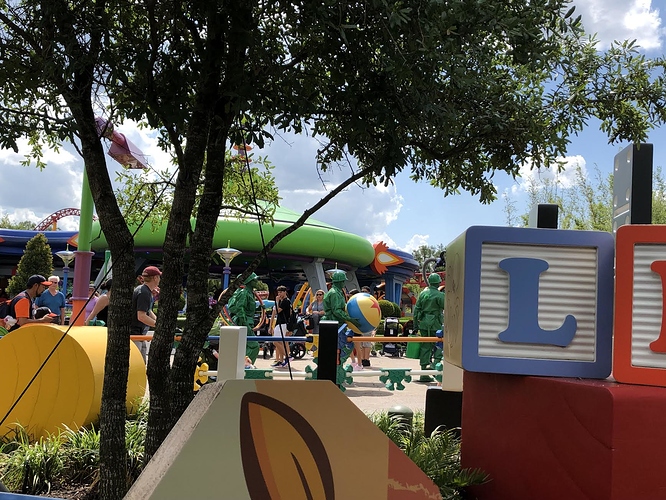 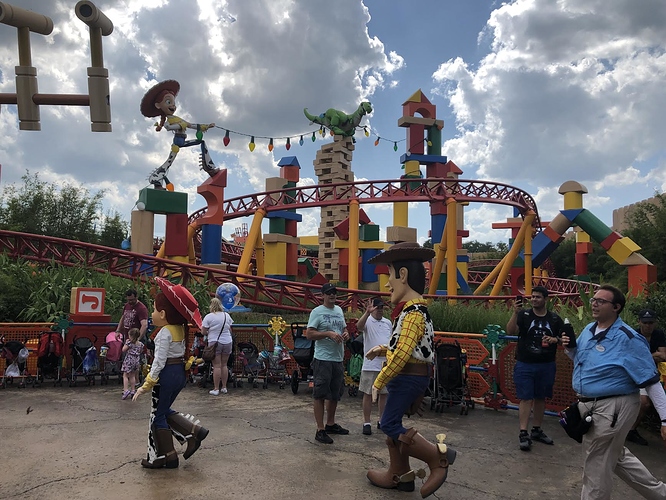 0-97.jpeg1739×1304 284 KB
Woody & Jesse were on their way somewhere…
We didn’t ride the other 2 rides in the land because they were a bit kiddish for such a long wait so we just admired the bright designs and the hard work that went into creating them.

On to ToT…I love HS ToT because it hasn’t changed. CAA recently changed theirs over to a Guardians of the Galaxy theme which I found unappealing. I adore the HS ToT original decaying Old Hollywood theme down to the fake cobwebs. 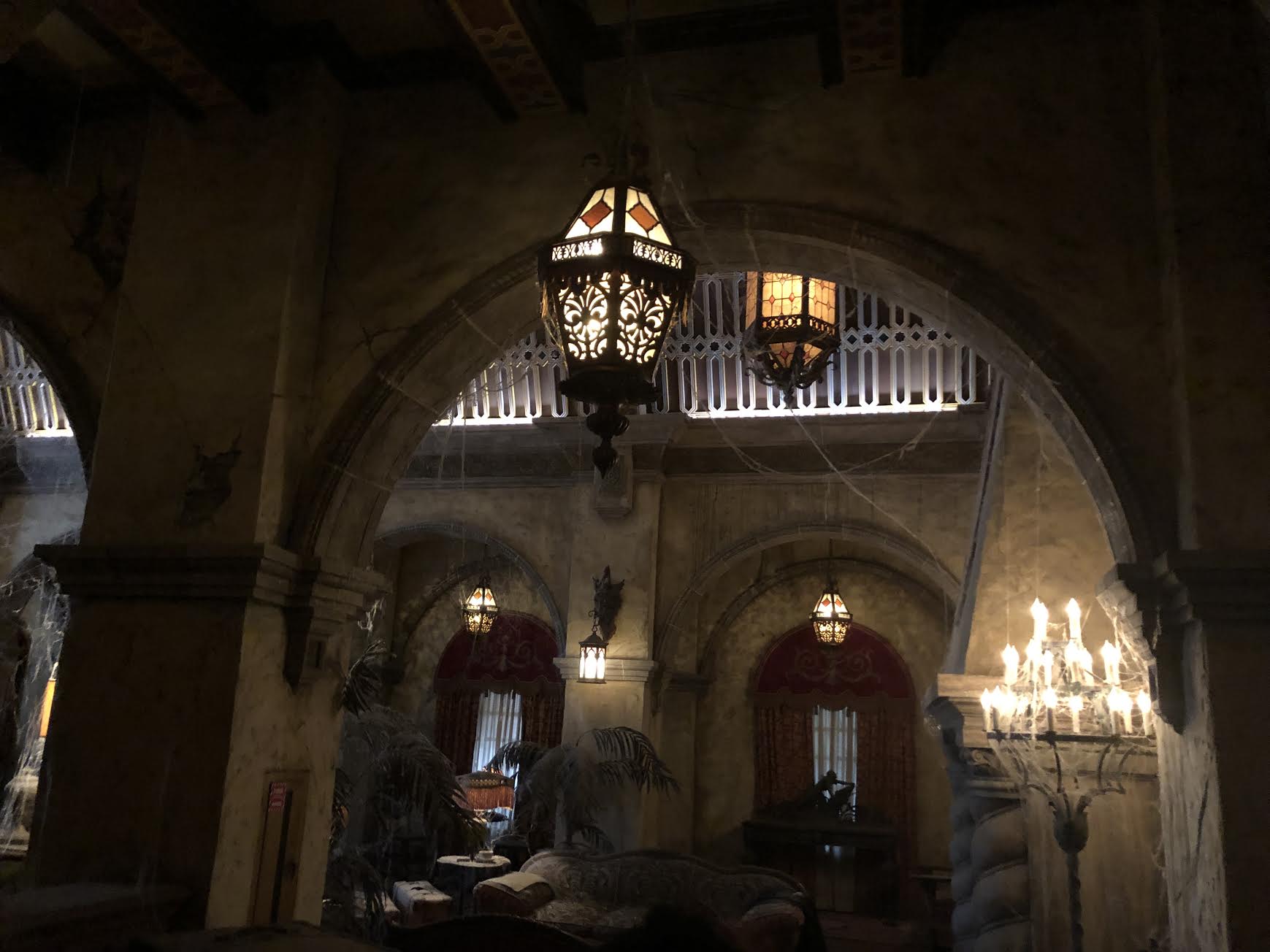 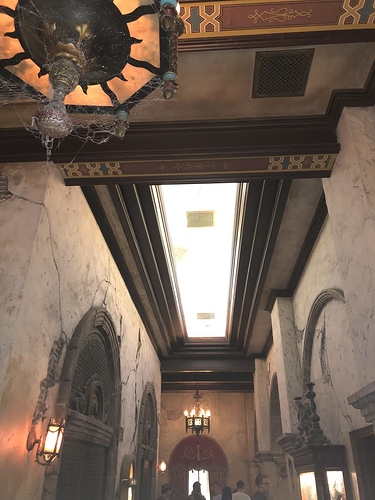 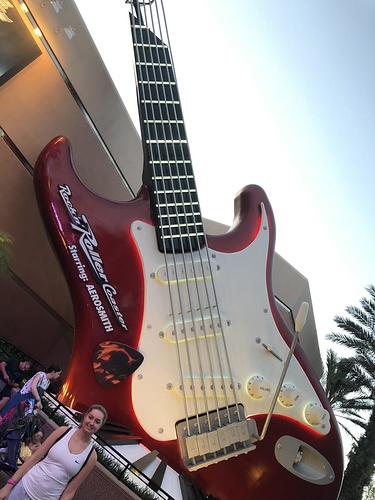 We did the fun but jerky Star Tours ride, and always enjoy the Muppets 3D. I was raised on them. My Dd says she only knows Kermit from memes!
Walked around the shops and bought a great Nightmare Before Christmas wreath (in a shop near Muppets 3D and that Italian Momma restaurant) that I had shipped back home.

Walked around the shops near the man entrance and discovered how much they remind us of the Old Hollywood section of CAA.

Heads Up…We were quite sticky after the heat and humidity so my DD wondered if any place was available to freshen up for dinner. We went into the Baby Care Center near the entrance and purchased a small pack of baby wipes and deodorant. We jokingly asked if they had showers! There were a lot of travel supplies that you could buy to help you through the day. My DD earlier in the day had stopped by the First Aid place and got free Tylenol for her headache. The staff at both places were very nice.

Before dinner we caught the last showing of the Frozen Sing Along in the theater that once housed the American Idol attraction. I would say it was the highlight of our day. We never had so much fun and I have only seen bits and pieces of the film, “Frozen”. The actors pour their hearts into their performances as does the audience. The best participant was right behind us. He was a young dad of 3 girls who sang his heart out. We laughed so hard as he belted out “Let It Go!”

We finished off the evening with a lovely dinner in the almost deserted and welcoming quiet Hollywood Brown Derby. Our reservations were at 8:40 just before the park closed. My DD enjoyed the duck breast and I had a small version of the original Cobb salad. The drinks really stood out. 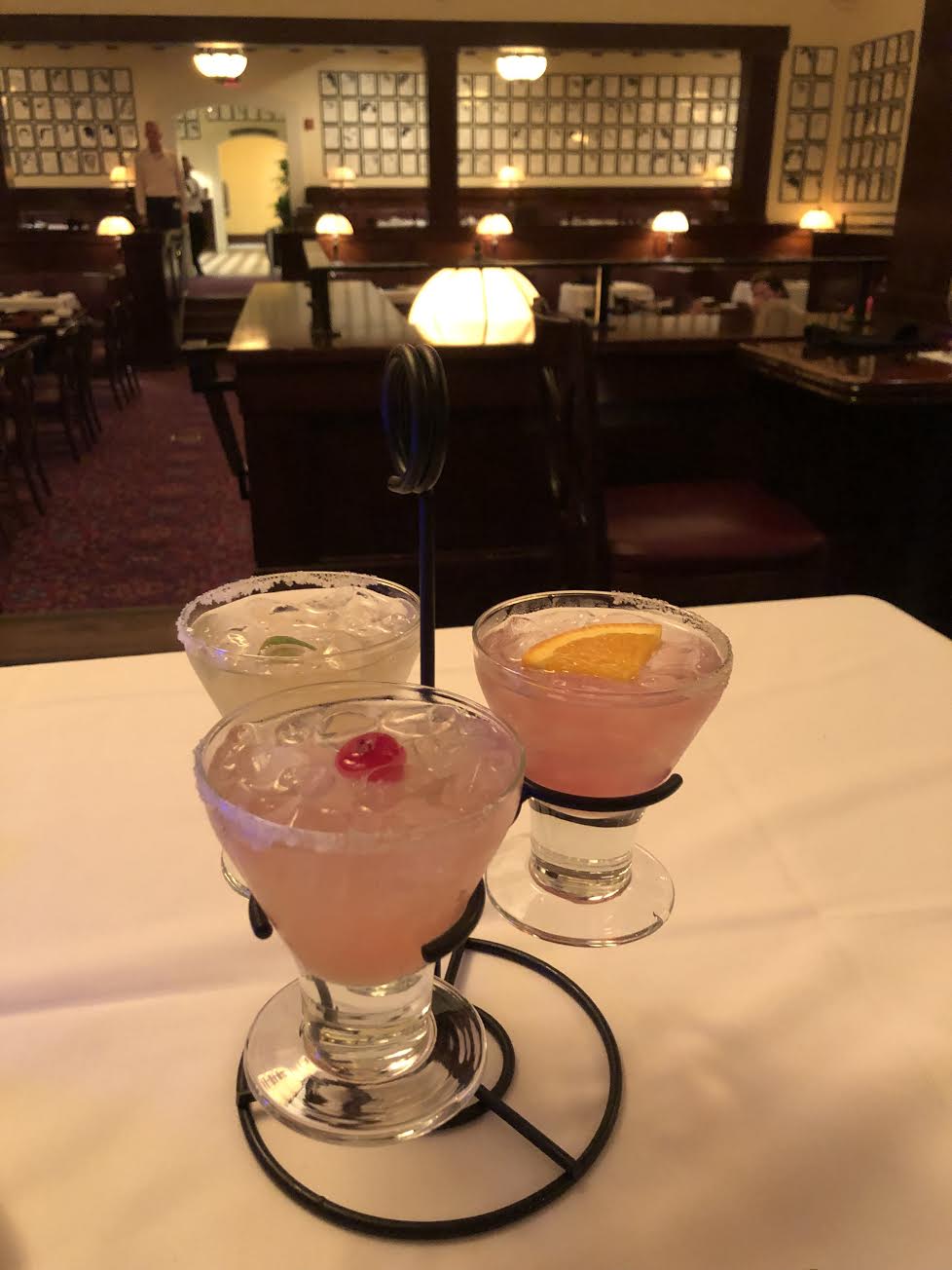 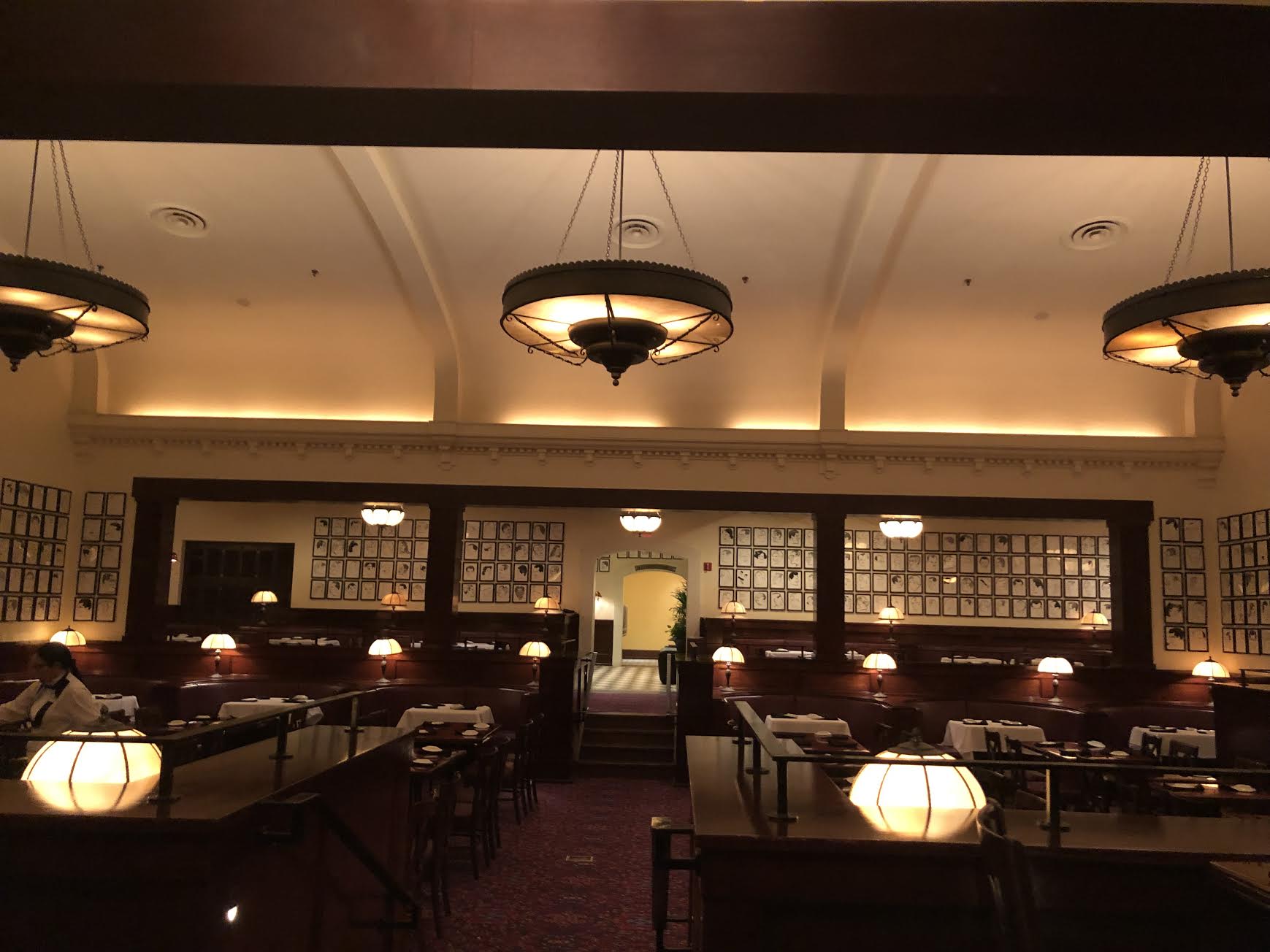 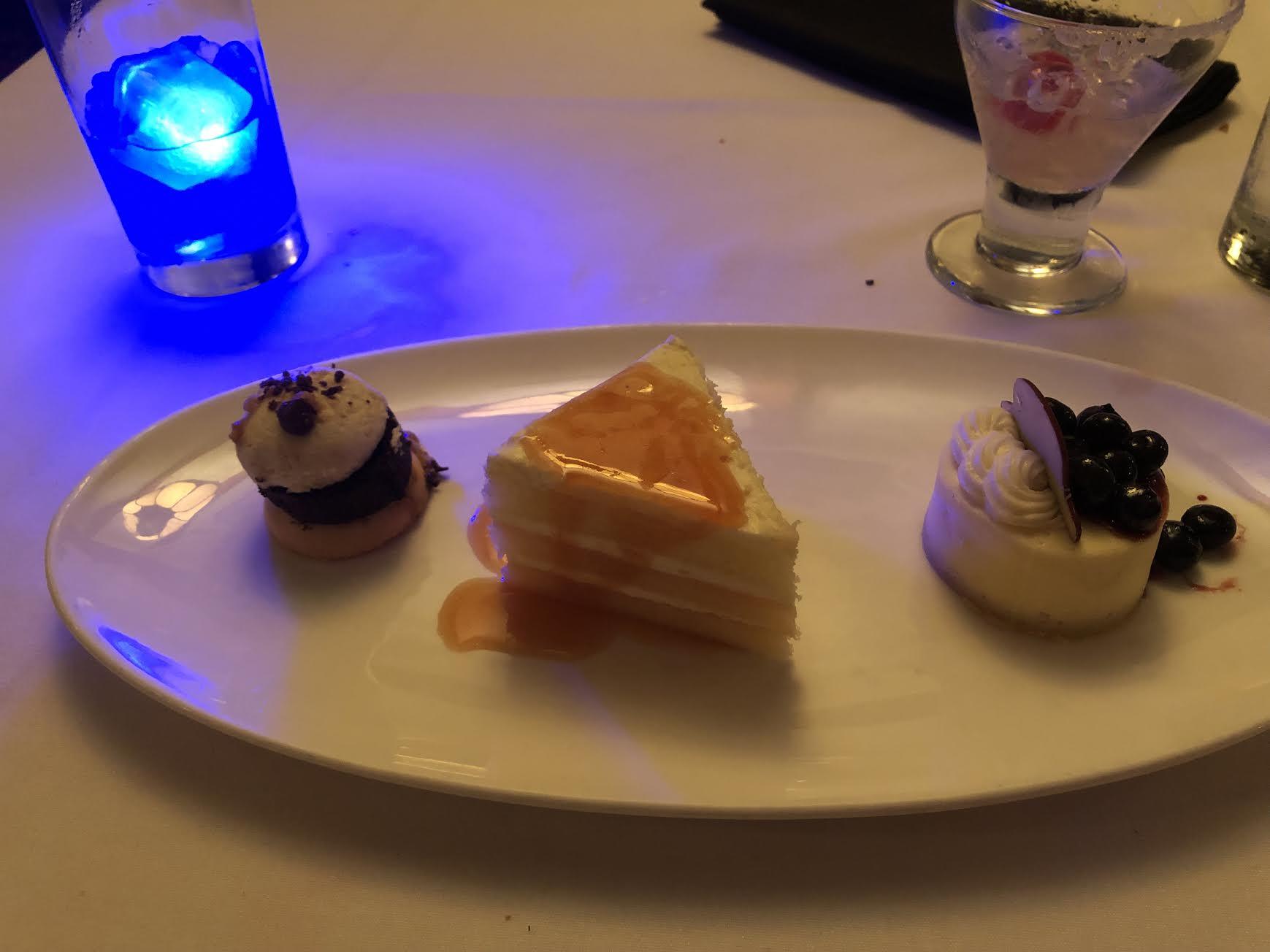 All in all we enjoyed HS but I’d say it’s #4 in our choice for WDW parks. It has one of my favorite restaurants–The Brown Derby and 50’s prime Time was great for lunch. ToT is a fav but…Toy StoryLand won’t draw me again until I have grandchildren.
It will be interesting to see what it’s like after SWGE opens but I won’t be back anytime soon…

Loving your reports! My daughter is just about to start high school and after reading about your trip I feel inspired to start planning our own mother-daugther trip, perhaps when she graduates from high school. We also live near San Francisco! We’re in Danville. Thanks for posting!

Thank you. We started doing mother-daughter trips last year when we went to New Orleans after her freshman year at Univ of Alabama. It was our first trip without my husband and son. We loved it because it just us, girls! Now we have Mother-Daughter Mondays and watch “The Bachelorette” together! Lol

Sounds like a great day!! My parents grew up in the 60s as well and both 50s and Sci-Fi felt very nostalgic for them!