Getting bit by the bug

Ok, so I’ve been away from these forums for a few months. Went with my family in February and then on a mini solo trip (in conjunction with a business trip) in May. Thought that would be it for a while. But I am getting bit by the bug again, I’m so ready to go back.

How often do you get “bit by the bug” when you’re not planning to?

Now I just have to figure out how to convince DW…

I was thinking of you the other day!

Now, to answer your question: I was bit by that bug about 15 years ago. I can treat it and keep it under control (sometimes) but flare ups are frequent and only controlled with trip planning.

This bug starts out so indolently. Then the symptoms seem to accelerate.

In February 2018 that darned bug really took hold. I declared it was our last chance to go before DS was a senior and then heading to college. In February 2019 I declared it was (again) our last chance before DS went to college. November 2019 I declared I was sad that DS had left for college and that it would be so fun (and much cheaper) for just DD and I to make a quick trip. Said DS called foul and there is a room secretly booked at Pop just for the two of us over his break in Jan.

Don’t tell my husband. I don’t want to be cured.

I always have to have a Disney trip scheduled or I get antsy. Usually it’s DLR but I get hit by the WDW bug every few years. Nothing quite satiates it like a trip to Orlando. 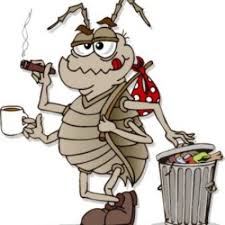 It’s ridiculous! Never expected to go back so much but WE HAVE SO MUCH FUN!!! Planning is also a good outlet for other worries that I can’t control​:joy:

this time it was my kid asking to go when I had a different place in mind…I’m calling it a parenting win!!!

I currently do not have a trip plan and am at a 5/10 on the “itching to go back” scale. While that may sound good, keep in mind that my last trip was this September, sooooo…not really that far removed from my last visit. My goal right now is not to book a trip until the hubs brings up that he wants to go back. We will see how long that lasts!

We are 25 days our from our upcoming trip. I have been telling myself that we’ll skip 2020 because I’m hoping to be pregnant by the end of this year and don’t want to go to Disney while pregnant or just after giving birth. Also, I’d like to go twice in 2021 - my 40th in April and then Disney’s 50th later in the year. But then I keep thinking how my husband’s uncle has a bunch of DVC points that he’s willing to rent to us on the cheap (home resort = Grand Californian), and how DL is so much smaller than DW, and how easy it would be to get back to the resort for a rest. And suddenly I’m checking flight prices to LA. So, yeah, that itch seems to be more persistent than toe fungus!

Before I bought our annual pass things were looking great. Usually went through MVT for great sales. Then Star War’s Galaxy’s Edge opened and so much for MVT deep discounts. Disney decided that Galaxy’s Edge was going to bring in big bucks and there was no longer a need to discount rooms as they could fill them at least in the short term. So now we have an AP and the deep discounts are gone. There are advantages of coarse in having a AP but to make the most of it one should go to WDW as often as one can within the 365 day period. Therefore we plan to go in April,2020 then September 2020, and finally next March in 2021. This should make the AP worth the cost and provide us with our WDW fix.

Planning to go to DL when the Avengers stuff opens at DCA.

I think about going every single day of my life. Don’t know when I will get to scratch the itch that the bug bite created. Hopefully not too long!

I hadn’t gone since I was in high school went last year and loved it! It really was such an easy vacation for us with young kids! We actually felt like we had a vacation— so we are going back next April.

My life is marginalized If I don’t have numbers and the associated card credit to act on them. Bug hit after my first trip in my 20’s. I’m now in my 60’s and need to go once a year.

I agree! We’ve done other trips with our young kids and everything feels like so much more work! Disney is fun for all of us.

For me, the desire to go back seems to ebb and flow. We went on a big family trip last November (with my in-laws), and by the time we came home I was very glad to be back home (like, home home, not Disney ‘Home’). After a couple of months, the bad memories subsided and I was left with the good (plus the pictures which only represented the good), and I was itching to go back. I was desperately searching for ways to afford a trip on our own (me, DH, DD, DS), but realized it’s not in our budget right now. So we took a trip to PA (Lancaster, Hershey) for 6 days in July, and had a lot of fun there. It helped me realize oh hey, there are other fun places to go on vacation! So now, I just have a vague plan to go back in a few years but it’s not as strong a feeling as it was in early 2019.

Watch one of the vacation planning videos for WDW and it will be.

Funny. The other day I thought to myself “I wonder what happened to Mike. I hope he is ok.” You and I had some back and forth about the Minnie Vans to and from the airport after I returned from a November 2018 trip with my then 3 and 1 year olds. When I realize an active user has disappeared from the forums, I hope they are ok.

My family went back to WDW a couple weeks ago (kids now 4 and 23 months). DD4 and I are already talking about a trip for next fall. She also asked if we could stay 6 nights next time instead of our usual 5. I said “I’ll go for 6 nights … now go convince Mom.”

I get hit by the bug every single day.

But it wasn’t always the case. I’ll tell you how I got bit.

I went a few times as a kid. I had fun. I went with my aunt and cousin when I was in 8th grade. I had fun, but didn’t go again until I was engaged in 2003. I had a lot of fun on that trip because it has been so long. We became Florida residents in 2004 and we went 2 years after that trip with my (then fiancee) and now wife.Just a long weekend. Still wasn’t bitten by the bug.

Then, in 2009, my wife got pregnant. I knew I was going to have to do what all good parents with the means to do, should do - take their kids to Disney. Now, I know lots of people don’t have the means to take their family to Disney. I’m not judging. But, I did and I do.So, I started researching about things to do. I didn’t want to miss something because I didn’t know about it. If I knew and we chose to do something else, well then that was the choice we made. I researched. And I researched some more. I wanted the perfect vacation. So I researched even more. I subscribed to Facebook Disney pages. (I have since deactivated facebook). I gave advice to first timers. I memorized the maps of all the lands. And I became addicted.

Some of you may remember, as I have said it many times. I have a daughter on the spectrum. So one of the things I was told to do is that if there is something out of the ordinary to give her notice. So I showed her youtube videos. The first rollercoaster I ever showed her was the Barnstormer. She cried. And cried more. I waited a week or so than showed it to her again, but told her we were just in our living room and we didn’t have to ride if we didn’t want to. She watched it but I could tell it was getting to her. So then we watched 7DMT video. She cried really hard. And cried more. After several months, I got her to realize we could watch a video and it wouldn’t hurt us. So now she can watch any video of any ride.

So we get to WDW and I know it’s going to be the perfect vacation. The first ride we got on was Jungle Cruise. After it was over, we went over to the carpets. I had ridden with my other daughter on Jungle Cruise, so I said I was going to ride with her on the carpet ride. I told her she could control us going up and down. She shook her head no, so I said I would do it. We got on. My wife and other daughter were in the back seat and I was in the front with my daughter that’s on the spectrum. The ride started and I took us all the way to the top. I think this is when my daughter truly got what Disney World was really about, because I looked over and saw the biggest smile I had ever seen on her and probably since as well. That was what I call my “Price of admission moment.”

I’ve had the bug ever since.

Every single day. Even on the days I am at Disney.