You should probable assume that there is a gator in every body of water in Florida.

I’ve seen them in the retention ponds on the grounds of MCO and even once on the taxiway.

I also saw this one near a the Home 2 Suites hotel just north of the airport off of 436 while I was out for a run. 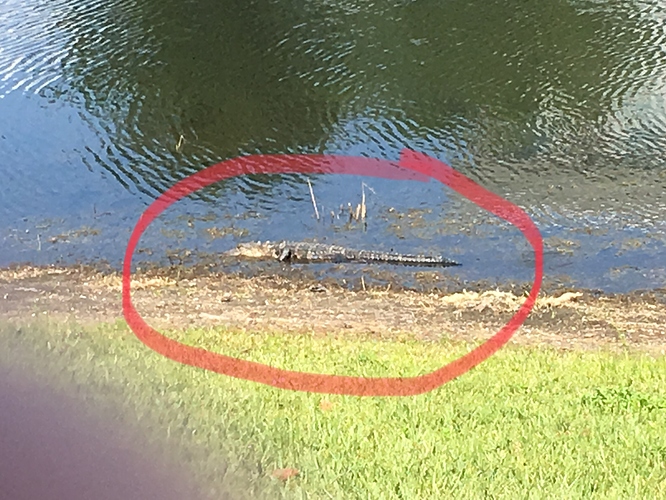 It was about a six footer.

On our recent Disney trip, we rented a pontoon boat to tour the Seven Seas Lagoon and Bay Lake and didn’t see one. I was looking too because I love alligators… from a far.

I like them on my plate in fritter form

Does that come with slaw on the side for a QS credit? Or is a Signature entree?

My parents live in Ocala, and they have had Gators in the neighborhood. But as said they tend to avoid humans. Small pets, such as dogs, are a temptation however. The sad case on Disney property was because they were in the water (not on the beach) and the toddler was small enough to be confused for valid food.

QS. Slaw on the side. Mmmmmm!

Apparently Giant Tortoises are so delicious they were pretty much hunted to extinction. 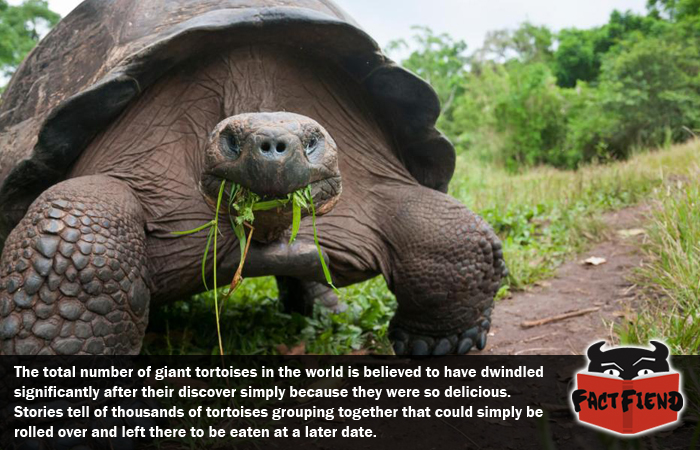 The giant tortoise is a fairly unremarkable creature if you ignore that fact it can live for 10 decades and is more delicious than any other animal.

Maybe alligators are good eating, too.

And apparently lobsters are a triumph of modern marketing (like diamond engagement rings). They used to be fed to prisoners as they were plentiful and cheap. Somehow they turned into a luxury item for no reason. 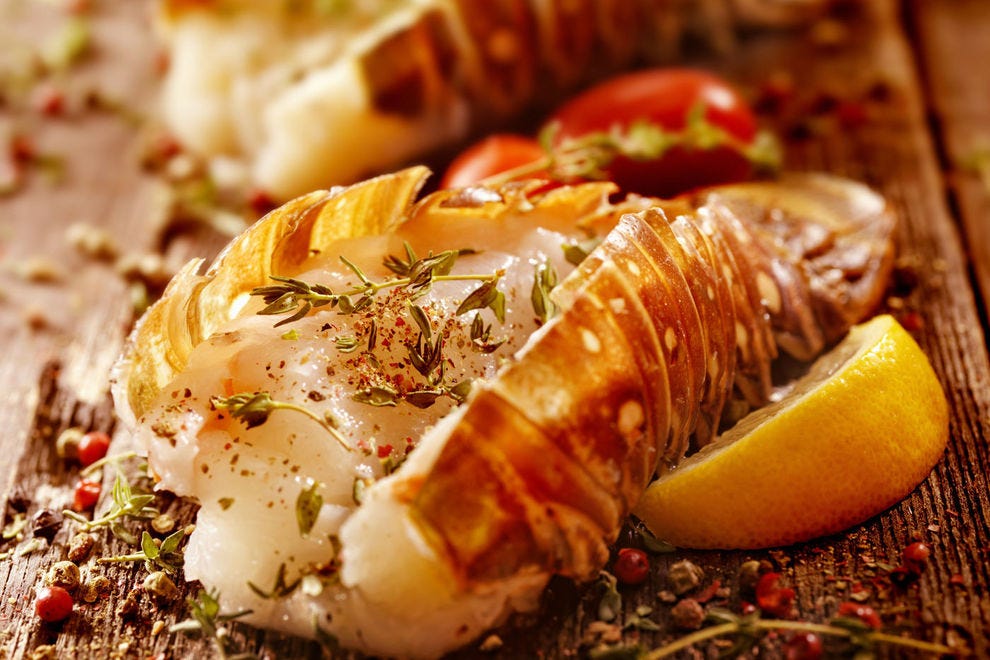 How lobster went from prison trash food to delicacy

Not all that long ago, people only ate lobster if it was absolutely necessary.

I do love lobster! Thinking about taking a ride to the coast next weekend to have some, along with some steamers and of course a beer

Maybe alligators are good eating, too.

I’ve had gator, and it can be quite tasty. Being “The South” it’s typically cut into bite-sized pieces dipped in batter and deep fried., but I’ve also had it lightly pan fried and like it that way much better. One of the men I work with is an alligator hunter and he frequently brings in gator sausage (that he smokes).

I’ve never eaten tortoise, but the pan fried rattlesnake was most delicious; I have to assume the flavor would be similar.

BTW What is it with you people and macaroni and cheese, and poutine?

I sometimes wonder who was the first person who looked at a lobster and said “I bet we could eat that”. Kind of the same for crabs…

We had both of those yesterday in fact. What can I say? We likes good food!

I sometimes wonder who was the first person who looked at a lobster and said “I bet we could eat that”.

If you wind the clock far back enough, why did people think killing animals and eating their flesh would be a smart move? And who thought heating it up for hours first would make it even better?

BTW What is it with you people and macaroni and cheese, and poutine?

Poutine is a Canadian import. Up until 10 or 12 years ago, I had never heard of it. I’ve seen it in theme parks, but at least her in "The “South” I have never seen it on a menu. For that matter, with all of my travels around the country, I haven’t seen it on any other menus either.

AS for mac and cheese, it seems to be rooted in Southern food culture as deeply as greens and grits (the difference being that mac and cheese is actually edible… ). Mac and cheese has long been a “comfort food” - across the country - that “Mom made for us as kids”, and so it has a kind of nostalgic hominess to it. And for whatever reason, along with chicken nuggets, it’s something that even the most spoiled “picky eater” kids will chow down on.

If you wind the clock far back enough, why did people think killing animals and eating their flesh would be a smart move?

According to Arthur C. Clarke the idea came from aliens who planted a monolith on earth that “taught” our primeval ancestors to hunt. But that may be just a story…

Over here we call it simply macaroni cheese (no “and”) and I think something very bad happened to me when I was a child involving it and the thought of it disgusts me. Yet it’s so fundamental a part of the American experience that I feel I’m missing out on something exquisite.

The description of poutine horrifies me, but apparently it’s even made its way to the UK — a friend of mine mentioned she’d had some the other day and it was delicious. Yet how can it be?

The description of poutine horrifies me, but apparently it’s even made its way to the UK — a friend of mine mentioned she’d had some the other day and it was delicious.

It actually is quite good - in a completely unhealthy sort of way. There are so many different varieties these days (Canada has poutine cooking competitions), that the “classic” brown gravy and cheese curds over fries (aka “chips”) is almost passe.

I’ve been to a restaurant (in Orlando, actually) that serves gator as a house specialty. They sell t-shirts that say in bold letters “No it doesn’t taste like chicken”. It’s relatively mild in taste, with “swampy” overtones (imagine that). Served as deep-fried nuggets, it could be mistaken for chicken or even pork, but a bit gamier. Pan fried it has a very distinct flavor. Rattlesnake is similar, but not as “swampy” (which makes sense as it lives in the desert)