10/8 – MK. CL 6. The CL was originally slated for 8, but kept changing until it was 5, and raised by one the day before our trip. I kept thinking 8 was high and almost changed the plan, but ultimately decided not to. This is Columbus Day and will be our longest day. We are focusing on Adventureland, Liberty Square, and Frontierland with a brief jaunt into Fantasyland for PP.

We are planning on skipping POC and HM in these areas because we want to do them during the party because this is also MNSSHP day! I didn’t want to spend the money at first, but several friends mentioned how great that would be and now I’m SO excited! I’m looking forward to dressing up, seeing all the little kids dressed up, and the parade! We might also get some additional rides completed since Magic Kingdom closes at 6 p.m. on both of our planned days. We didn’t plan any others because we want to enjoy the party and do what we’re feeling. Our FPP are PPF, Splash and BTMR. https://touringplans.com/plans/print?id=3044980

I ended up creating separate plans for pre-party and post. It was just easier for me to plan it that way. I struggled at first deciding between staying the whole time and carrying our costumes or going back to the hotel. I ultimately decided to err on the side of rest and caution, so we have a gap between plans and a couple things we could cut if we wanted more time in between. It was so HARD to plan to leave
the park and come back, but like Elsa, I let it go.

We’ve only planned HM, and POC, for rides during MNSSHP. We were going to try Pirates Adventure at 6, but it’s not open after 6, so I moved it to the day portion. That’s kind of a bummer. I was hoping it would get us in the mood for POC. During the party we should still have time for treats, parades and fireworks! I tweaked the plan a bit, so we can shop for Halloween-specific merch and peoplewatch more during the party. Halloween is my husbands favorite holiday and we can’t wait!

I have noted on our plans all of the rides that will be open and the snacks we particularly want to remember to try. I was looking forward to trying those tarts from last year, but they’re gone now. We’re also interested in the photos near the haunted mansion that change into scary skeletons and the Ooogie Boogie Popcorn Bucket.

Waiting on late sleepers to wake is painful. Lol

Waiting on late sleepers to wake is painful. Lol

You should leave without them. Leave 'em a note to meet you at the castle at 11:00.

Lol. Nope family vacation. They’re showering. Thankfully. I hope we can make it by ten but I doubt it. Lol The teen takes FOR- EVER to get ready. I thought teen girls were supposed to be the slow ones. Lol

DH back is significantly improved today though!!

I thought teen girls were supposed to be the slow ones. Lol

My oldest boys will single-handedly drain the Great Lakes of their water with their showers!

DH back is significantly improved today though!!

Good. Hopefully it stays that way!

So excited for you! I am under two weeks out from our trip with DS16 and we are attending MNSSHP, too. We have an early breakfast reservation each morning and DS16 is a big eater, so hopefully will get him up & at 'em early.

I hope your trip is great!

DSS16 has been eating a lot. Lol. I think the QS dining plan is working great for us. Our 3 hot dog dinner last night would’ve been $44.

We had a great day yesterday. Got to the park at about 10:10. Did everything on the plan except Jungle Cruise (it was an 80 minute wait).

We started off with Its a Small World and Peter Pans Flight. We had some line cutters on IASW - there was only a ten minute wait for goodness sake. I can see why PPF was so popular - we all loved it. Then, we had a Cinnamon Roll and Chocolate Croissant at Gaston’s. Yummy! 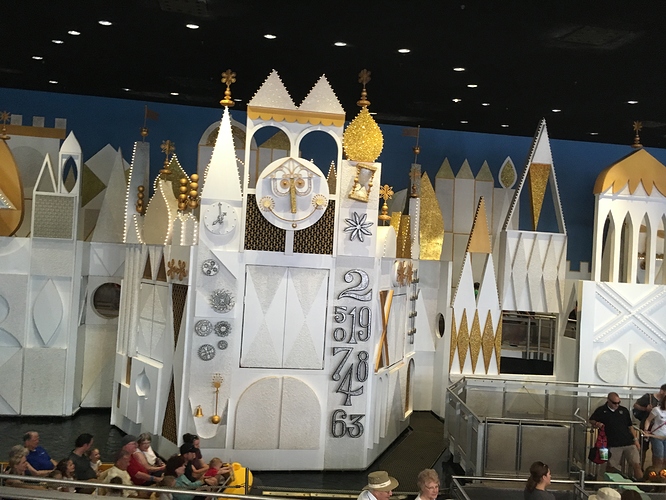 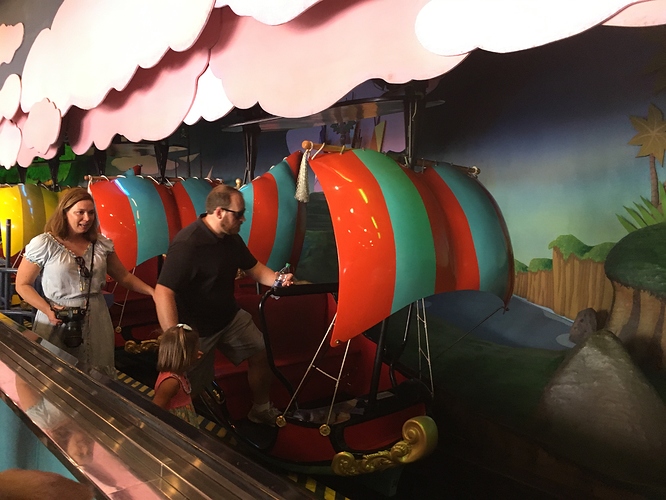 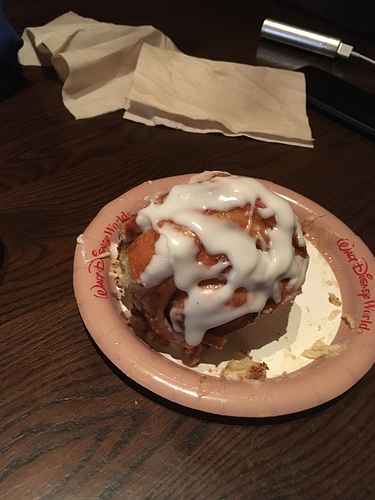 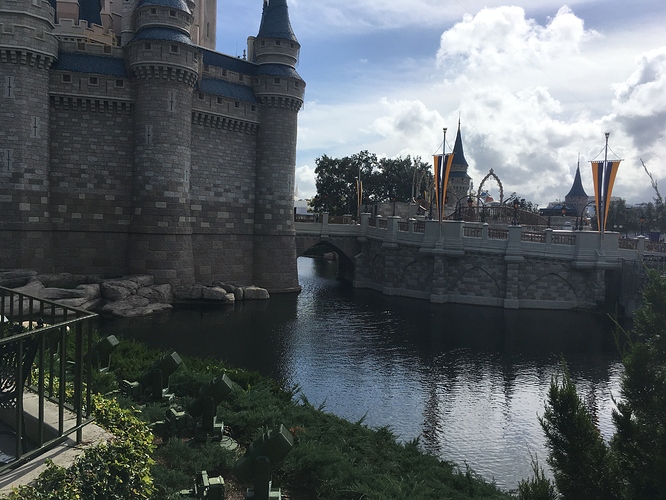 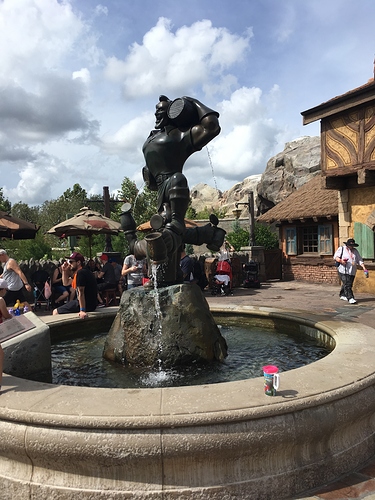 Next, it was Splash MTN, BTMR, and lunch at Pecos Bills. We loved all of those. We were going to eat at Columbia Harbour House, but DH and DSS were not interested in that menu yesterday. 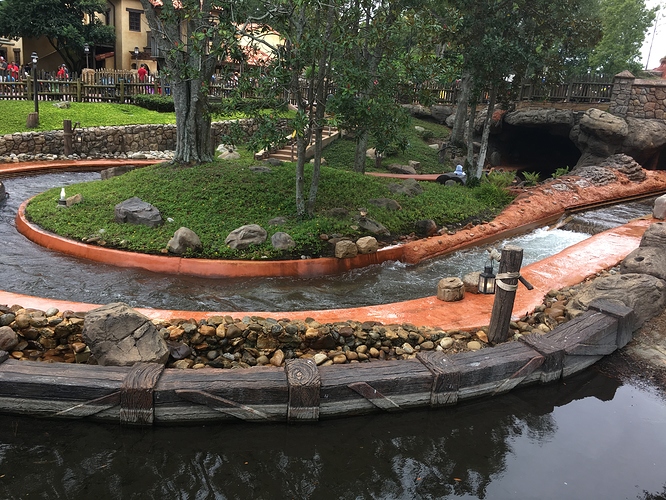 After lunch, we watched the Muppet’s American show, did the Pirates Adventure game, the Tiki Room in the middle of a heavy rainstorm, the Swiss Family Treehouse. Jungle cruise wait dropped, but then it went down, so I added that to today’s plan. I couldn’t snag a FPP for it.

We saw several families doing the Pirates Adventure game. It was fun, took about 10-15 minutes. We decided not to a second one because we wanted to walk less. DH’s back was better, but still hurting. Not to mention, the rest of us, who were finding new places to ache. Lol. We ended this part of the day with some sundaes at the plaza.

DH and DSS were happy we avoided all the lines - DH said yesterday - my favorite thing in the world right now is FPP. Lol 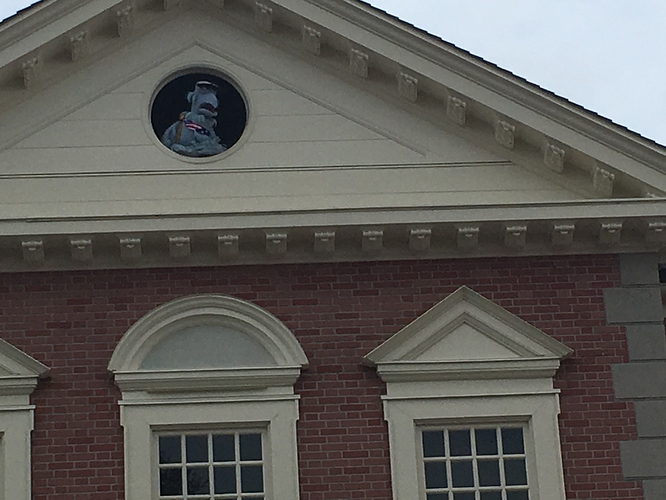 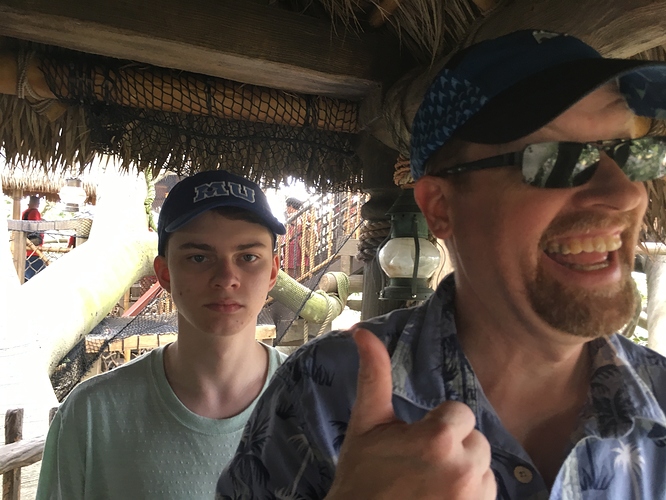 We went back to the resort for a rest and costume change. DH and DSS. Didn’t want a rest, so we changed clothes and headed back to MK. Got there about 6:15 pm.

We rode the Peoplemover due to the rain, then , we rode Haunted Mansion. Renata wasn’t out front at 7:15, but was out there when we came out. She was great and we watched her for a bit. We took a photo with the lantern, checked out some stores, got our Oogie Boogie popcorn bucket,got some candy (the lines for those were very long at the start - so, we waited until later in the evening). Did POC, watched the parade, and fireworks.

Got our magic pics done. The lines for characters seems at lot shorter after about 10:30. I’m glad we ended up watching the first parade because we were beat. We seemed to be just ahead of the crowds everywhere yesterday, so that was great. I was surprised we didn’t ride more, but it really took all the time we had to do what we did and we wanted to make sure we did all the party exclusive activities we were interested in.

We grabbed some hot dogs at Casey’s on the way out and ended up leaving with the mob at 12. My original plan was to give my stuffed wicket Ewok toy to a kid who was into Star Wars. I offerred it to one mother with two kids dressed up in Star Wars costumes, but she refused. Lol 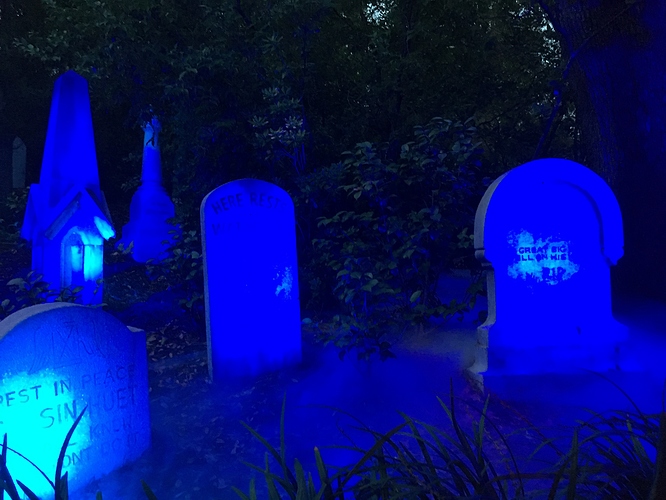 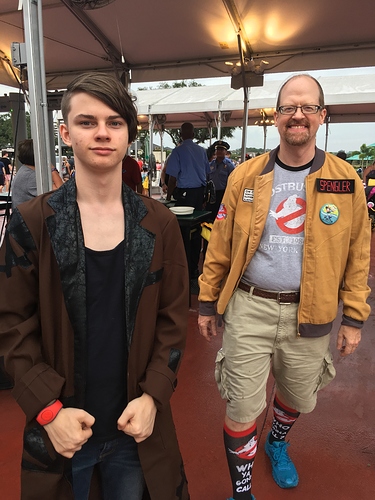 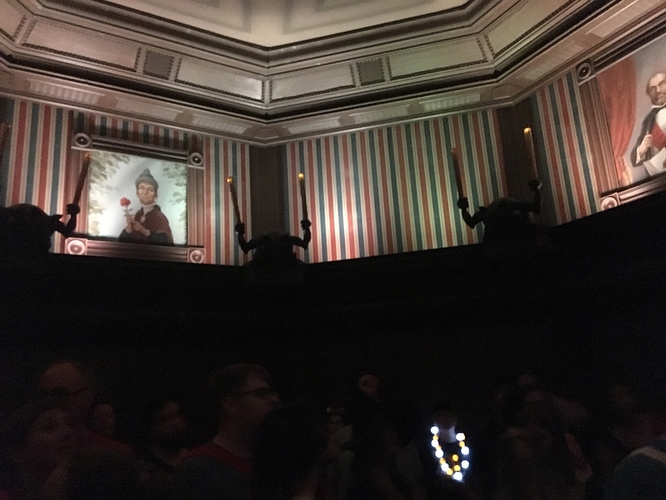 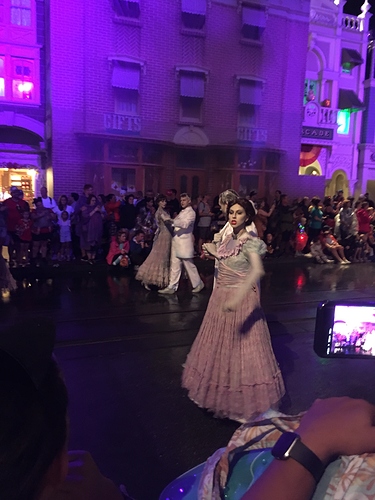 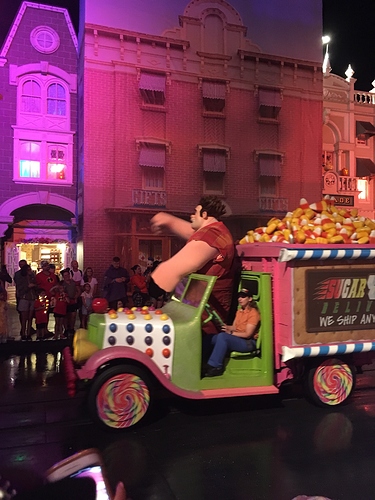 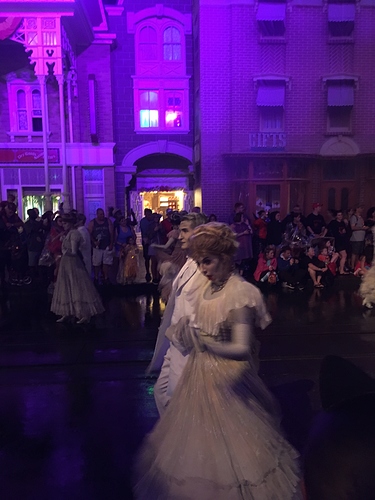 I’m very impressed with the buses so far. We’ve barely had to wait for a bus and haven’t even had to stand yet. We certainly would get up if someone else needed the seat, but we haven’t had that issue yet.

I don’t know why I’ve got the Photopass watermark on my copies of the photos. DH doesn’t, but we haven’t had a chance to ask. We’ve definitely been using up our credits. I asked a clerk where I could check the balance, as I thought it was on the bottom of the receipt or in the app. I’m not seeing it on the receipt and can’t find it in the app. They told me that it will show up on mobile ordering or on a receipt at table service. I’m sure there is another way to check, so please let me know if you know it! We haven’t used mobile ordering because the app is painfully slow.

We had a great time at the party yesterday. Today, will be a shorter day with more resting.