Well, I’m at a week out, so I guess it’s time to start up the old trip report gears!!!

Cast: ME! Yep, another solo trip! I’ve got one day scheduled with a new WDW Radio Running Team friend, and may meet up with others randomly, but that’s yet to be determined. 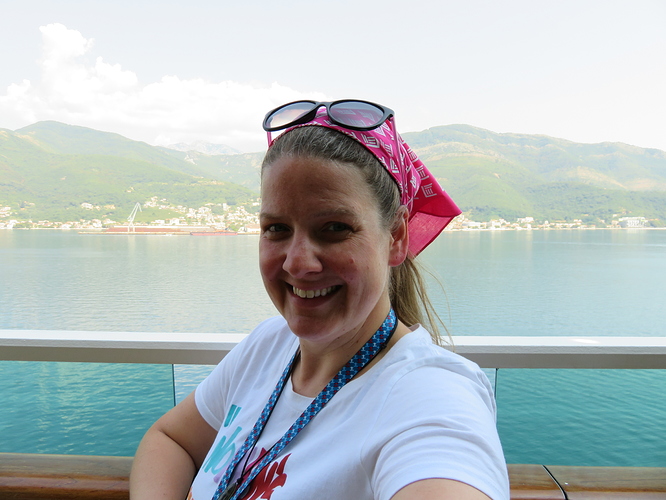 I’m Beth. I teach Special Education in Brooklyn, NY. We were remote from March 16 last year, then in September I went to Blended learning, initially teaching one week in person and then the next week the same group of kids remote. After the entire city went remote for a couple of weeks in November, the Blended group returned, but our student numbers were such that our remote weeks were entirely eliminated. We’ve had random COVID testing in the schools - both staff and students. And because of 2 unrelated positive tests in the building my site is located in, we have been remote this week and will be next week other than Thursday. Yeah, none of us think that makes sense either. But it is what it is.

First Disney trip was the summer I turned 10 - so 1981. We think it was earlier in the summer before my birthday. I’ve had numerous trips since then. It is one of my travel happy places (others are Ocean Isle Beach, NC and pretty much anywhere on a cruise ship).

The Schedule:
I’ll fly out of JFK after school on the 11th, getting into MCO around 10pm. To save a bit of money, I’m staying at the MCO Hyatt that night, and in the morning on the 12th will take the Magical Express to my resort…

Which is 100% set, but is being kept a secret (only my TA and one or two other people know) until I’m there!

Park Schedule and ADRs as planned now (Parks will stay the same, ADRs could change)!!
2/12 Epcot
Dinner at La Hacienda

2/14 Epcot
No ADRs planned. I’m going to enjoy what I can of the booths (I’m gluten-free, so that limits things a bit), possibly lunch at Regal Eagle. But not making any ADRs that night in case it’s way too coupley in which case I’ll peace out back to my resort and get QS or take out from the restaurant there and enjoy my solitude!

2/15 Animal Kingdom
Starting the day with COVID testing at the Maingate place that is doing it so I only have to stay put for 3 days when I get back to NYC. When I’m done, texting the aforementioned new friend from the WDW Radio Running Team and we’re going to hang out at AK that day.
No ADRs, but Satu’li is a MUST.

2/16 Magic Kingdom
Breakfast at Chef Mickey’s to start the day.
Dinner currently at Skipper Canteen (I’m stalking BOG or CRT, and if I get that, Skipper Canteen will move to lunch on 2/17)

2/17 Magic Kingdom
Sadly, the last day. Hitting Magic Kingdom until I have to return to my resort for the Tragical Express.

SUPER excited!! I usually do lots of pictures!!

FAQ: There’s really only one: NO Studios?
NOPE! I have zero interest in Toy Story (so sad they did not do Pixarland and cover all (or many of) the Pixar movies instead of focusing on my least favorite Pixar franchise) and if it’s possible even less interest in Star Wars (my dad took me to the original three - but we only saw each once and we got over it…they were movies, not life - I’ve not bothered with any of the newer movies or series and only know Baby Yoda through memes), so I’d rather not deal with the massive crowds (even with capacity levels) who are there for those just to do Tower, RnRC, Muppets, and MMRR (which I do want to see, but…not enough for the crazy levels at Studios). So no, NO Studios. MAYBE on my birthday trip in July…but that’s later.

Just have to get through 6 days to Florida and 7 to Disney!!!

Wahoo!!! Have a wonderful trip And look forward to following along— And see where you switched to!

I was wondering about your restaurant line up! I cannot wait to follow along!

You stole my trip report title.

Back to the drawing board.

Satu’li is a MUST

Our first time in December - this is a keeper.

Looking forward to following along

Wait a minute. You mean you aren’t blue-skinned with purple hair?

I just look regular when I’m out in the world!

It is absolutely my favorite QS on property!!

This is NOT meant in any way to be an exhortation to visit HS - tho maybe keep it in mind for subsequent visits.

Docking Bay 7 was better than I expected. I’d want to do it again for confirmation. Which is saying something for HS qs.

I had heard that and looked, but being gluten-free it literally only gives me the chicken salad option.

Dear niece is dairy free and what a hassle that is. Trying to recall what she ate. I think salad.

Lots and lots of salad. Hold the cheeses and dressing on the side.

But, in December, Yak & Yeti restaurant was her only trouble spot and we credit the waitress for that.

I’ve usually had very good luck. The only one I’m a tad nervous about is La Hacienda since it’s not Disney-owned. But I have found some pretty good gluten-free reviews, so hopefully it will be good!

Got my park bag for the trip! (Well, ok, for other things too.) Soooooo cute!! 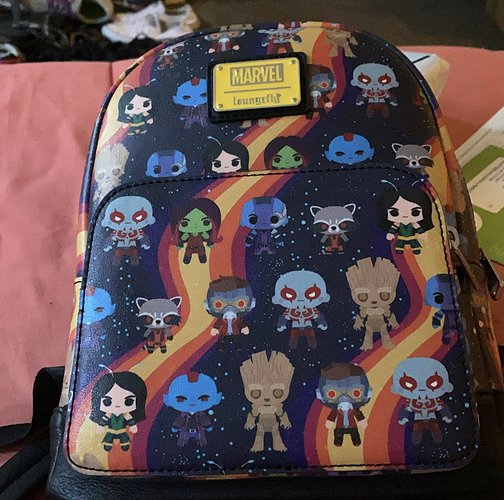 Love it! I have been stalking the Loungefly mini backpacks everywhere but can’t make a decision.

I saw one on an Insta Story (I think the Dis) at Studios and looked on the ShopDisney site but is wasn’t there. Googled Guardians of the Galaxy Loungefly and this one (different from the one on the story) was on Amazon, so I jumped on it! They are all sooooo cute! Especially Gamora and Nebula!

Is that Mantis with the little antennae? Love her! And of course Groot. And Rocket. Okay, I love them all.

Yep! They are all so cute!! Yondu is on there too!