I am so torn about whether to buy tickets! Our park days are Dec 15-21, and Dec 15 is the best party date for our schedule. The 17th (Tues) I have a ROL package so we’ll be in AK, the 19th (Thu) is the night I planned for a good restaurant & Epcot Forever. Friday the 20th just seems like a bad idea, crowds-wise.

We’ve never been to a WDW party of any sort, and there’s very little chance we’ll ever be back at Christmas. Generally we prefer to travel at low crowd times, but I really want to see the Christmas decorations.

So… For a Sunday night party on the 15th, would you a) try to talk me into it, or b) try to talk me out of it? (Money’s not a significant factor. We can afford the tickets.) The big draws for me are the parade and fireworks. And Space Mountain. And the atmosphere.

I would try to talk you into it. If you haven’t done it before and might not be back for it again, then go for it. Worse case scenario if you aren’t enjoying it make sure you eat a lot of free snacks

If you really like fireworks and parades then I say it’s worth it. We were there over the weekend and we aren’t big into those things so the only perk for us was shorter lines - the snacks aren’t very good.

I flew to WDW last week just to attend the party, so I am for sure going to try to talk you into it! If you don’t think you’ll be back again at Christmas time, you should definitely do it! The fireworks, parade, and atmosphere are completely magical. We did the Sunday party a week before the date you are considering last year and found the crowds to be manageable.

It’s totally worth it. Plus, if you go to MK that morning and then stay for the party you’ll find MK to be less crowded. The majority of people at WDW won’t go to MK during the day of a party night because they have to leave at 6pm.

You’ll have much lower queue all day and get to do all the great events all night!

The snow on Main Street, the lights, the parade, the fireworks, the free cookies and hot chocolate… absolutely go!! 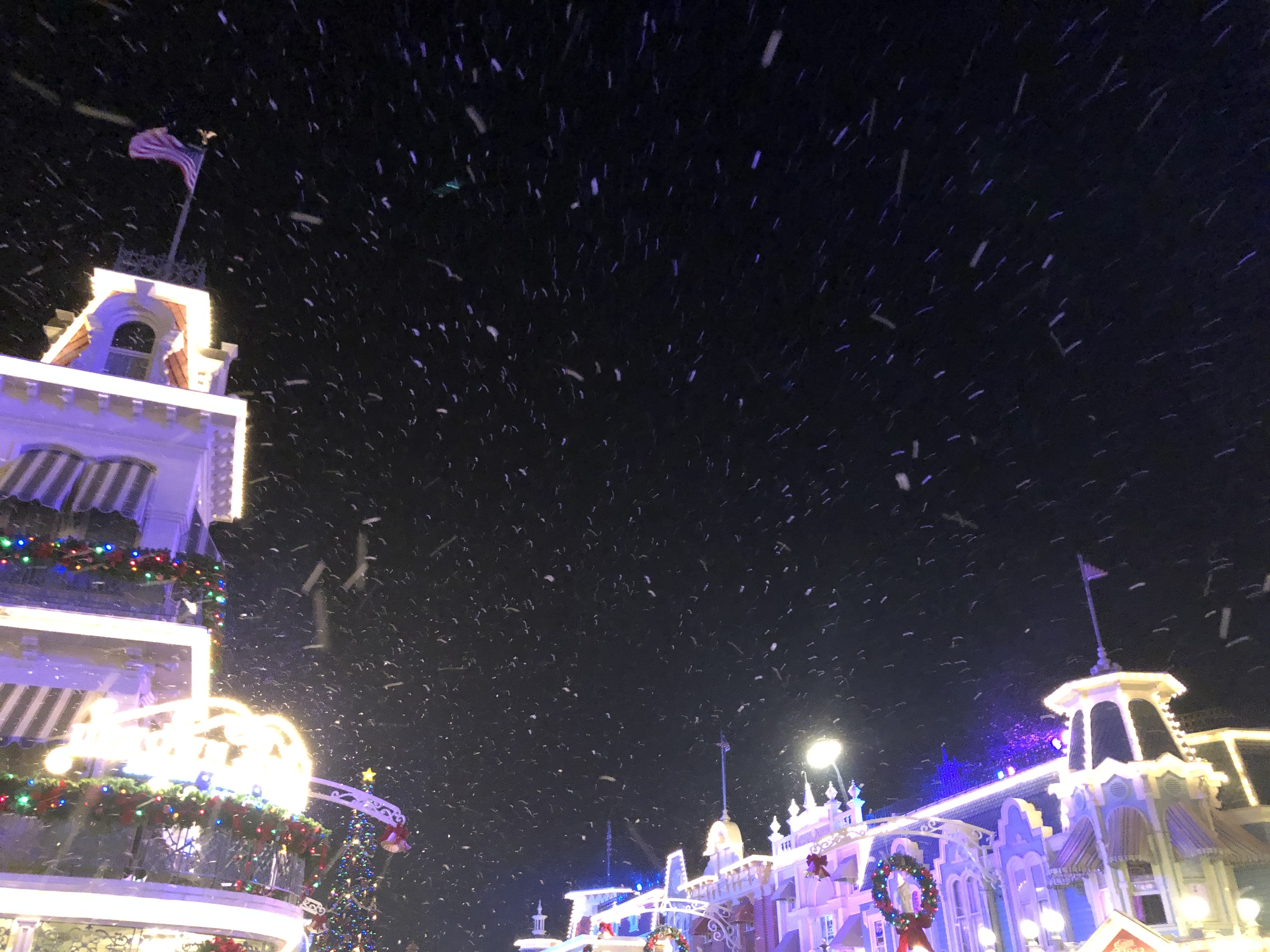 The only reason I would ever not do it is because it’s expensive, so if that’s not a real factor for you then absolutely I would try to talk you into it.

that appeals to me most. @darkmite2, yes! I already planned that as an MK day because of the low daytime crowds. It’s also (currently) the only EMH morning for DHS during our stay. I expect they’ll release more, but if not, we’ll probably go to DHS first to take advantage of EMH. That’s a loooong day. Hmmmm. Time to revisit my itinerary for the week, I guess… The planning is never done! It’s also the evening I had planned to go to GF to see the decorations and eat dinner. There’s so much to do! That’s OK. It’s a problem I’m happy to have.

I had planned to go to GF to see the decorations and eat dinner. There’s so much to do! That’s OK. It’s a problem I’m happy to have.

Solid plan. Hang out in the GF lobby to listen to the piano player as you rest. Then hit the party like a sugar-hyped elf.

Well before I started thinking about actually going to the party, I was going to leave at 6 and head to GF. I’ve got a 6:30 ADR at GFC. So I planned to have dinner then hang out in the lobby, as you say, and return to the hotel for a decent bedtime for the kids.

Now I’ve got to look at it again. I can’t go to DHS EMH, jet to MK for BOG lunch ADR (my original plan), hang out in MK all afternoon, GF for an dinner & rest, then back to MK for a party that lasts until midnight. Think of the children!

I think I’ll have to give up the BOG lunch to make the day work with the party. Something like DHS EMH, straight to GF for lunch & decorations, back to hotel for rest, return to MK, eat dinner in the park before party start time. (I’ve currently got CP 5:10 and Skipper 6:10.)

Or do I assume they’ll release more EMH for DHS that week and I can just skip the early morning all together?

I thought I was done with having multiple ADR’s for multiple scenarios.

Don’t forget you can enter the park at 4pm with the party ticket. Lines will be a little lower to get in. Yes, the party doesn’t “start” until 7pm…but you can still be hanging out in the parks earlier.

“free” is not the word I would use to describe something that comes along with MVMCP admission!

You paid for it … it’s just a question of whether you take it or not.

It is when you are allowed to have as many as you want and do not need to pay extra like all the other food items.

If you want to really get into pointless semantics, nothing on the planet is free.

It is when you are allowed to have as many as you want and do not need to pay extra like all the other food items.

I get it. To me, it was just humorous to see the word “free” associated with an event that’s charging a large admission price.

I called them “free” and my 10 year old corrected me to say they are “included”.

I agree though, it’s just semantics. We all know you only get the cookies if you buy a park ticket.

I haven’t been to a WDW party before but I can tell from your message that you really want to go. If it were me I’d go just to have the experience. The Halloween party is on my bucket list but I wouldn’t say no to the Christmas one.

I called them “free” and my 10 year old corrected me to say they are “included”.

The Halloween party is on my bucket list but I wouldn’t say no to the Christmas one.

Having done both, Halloween has the edge for me. But again, I wouldn’t say no to either if I was there at the right time!