So… it’s starting to leak out that there’s currently a fire and evacuation at FoP right now.

This was taken by a friend who is being evacuated and are now waiting outside the park behind the ride. He says “flames burst out of a wall” 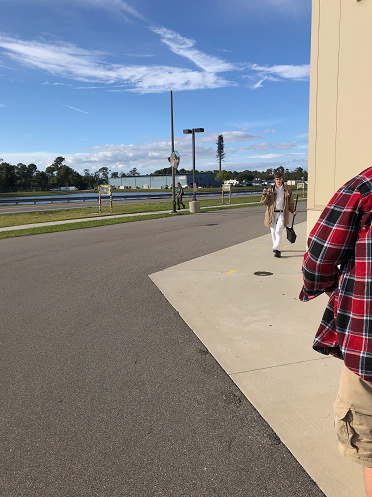 Oh no! I hope it’s not serious. Although, fire bursting out of a wall sound pretty serious.

OH my goodness! Praying everyone is safe!

I am seeing more confirmed reports. This photo is courtesy of BlogMickey.com 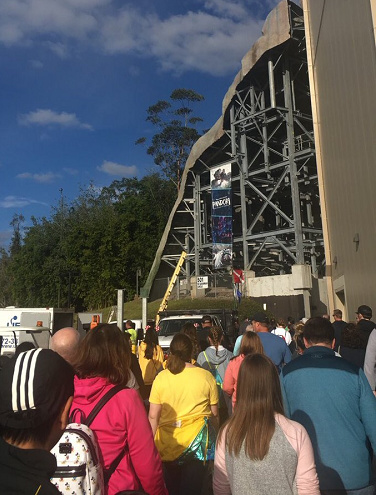 Confirmed evac but not yet confirmed fire. I hope the fire is not true

I got the fire info direct from my friend who sent the first pic to me. He says he saw flames.

I thought the fire part was from that tweet on blog mickey. I know htye’ve had issues with the alarms in the past so I was hoping it was just that.

He says “flames burst out of a wall”

Given that it reopened, I wonder if this was hearsay on the friend’s part? Funny how misinformation can spread.

Yeah… I’ve already sent him a DM asking about it. I’ll follow-up. At the same time it’s pretty typical for Disney to try and maintain the “illusion of perfection” that they teach to CMs

So… here’s the reply

“Smoke filled the pod and our main concern was to make sure we got our son out. A cast member came in from the exit door and put the fire out and as we exited the door back towards the queue”

When I asked where they were in ride -

“Preboard pod D1. I was in spot 16 my wife in 13 my 7year old son in 14. 15 was empty. As we were being scanned there was an pop/explosion to the right rear of the pod close to the door you exit to continue. Piece of wall was on floor in flame and wall had flames.”

Wow! I’m surprised they were able to get it back open so quickly. Presumably they closed that theater? Or at least that pod?

Jeebus. Of course I saw this thread literally on my way got FoP. Any news? I assume the CM at the FP queue will have an official non-answer and nothing else.

It was a couple of days ago, all open now

A malfunction 2 days ago that caused flames to erupt into a guest pod still seems relevant.

Ah ok, thought you were worried that you were on your way over there and it was shut.

I have searched. Every news outlet I could find reported ultimately it was a false alarm. Since the ride reopened quickly, that seems like confirmation.

Well we rode and didn’t catch fire. But no way was getting into the pod in question! I didn’t even see any D pods.