For reasons I can’t fathom my kids are enamoured with face painting. It is the one thing DD6 mentions repeatedly about our upcoming trip.

Does anyone know if they are still doing this at AK or anywhere else?

Does anyone know how much this costs these days?

I definitely saw tons of kids with their faces painted in AK yesterday, but I never noticed where it was being done. I hope that helps a little…

Ok. It’s still available.
It was over near Triceratops Spin in 2016.
Thank you.

My kids had their faces painted at HS over by RnRC. They loved it, and the cast members said they would touch-up free of charge at anytime during the day

My kids share the same face paint obsession. I hate it because it’s messy and I can’t imagine how it would be in the heat. With that being said, we convinced them to get an airbrush tattoo instead because it lasts longer (the whole trip) and it worked. We got ours at AoA but I’m sure they’re offered in park too. Hopefully others can weigh in.

I didn’t realize it was there, as well. Thank you.
Do you remember what it cost? I think it was about $18-22 last time.

I was surprised how well it stayed on for the day, even in the mid-May heat. And we did have one of them touched up after lunch. We had it done early in the day, like within the first 2 hours, so I felt more like we had our “money’s worth”… (that sounds preposterous given the topic.)

It was about $20.00 per kid. We were there in August, so I assume the stand is still there. The paint didn’t last long in the August heat, and we didn’t feel like trekking back across the park to get touch-ups, but it was fun while it lasted and we got some good pics

Thank you? My kids are obsessed with it too. Usually when they go somewhere with my husband my requests are - no face painting, no ring pops (bane of my existence), no buying stupid plastic junk. And yet inevitably all three end up walking back into the house.

Sounds like the airbrush tattoo may be a decent compromise - especially since we’re staying at AoA so it won’t eat into park time.

My DD had it done in 2017 in Epcot at the outpost. I was told if you kept your receipt you could go back at any time during the day to have it touched up if it smudged.

This is all very useful information because my kids also have a bizarre love of face paint. They at least do really good face paint for $20, right?

Yes. They do a beautiful job. 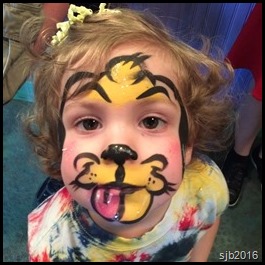 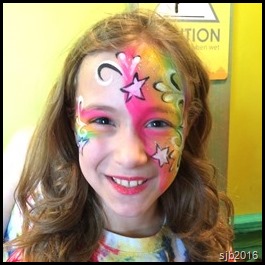 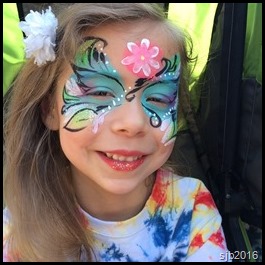 I didn’t know Epcot had it too.
Hmmmmm.
Where to go?

Thanks for the photos! I know for sure DD is going to want that.

Oh my goodness that Pluto tongue is too cute! My daughters would love that.

Yup. And she’s been talking about it non-stop.

I wonder if they do the same ones in all the parks?