Good afternoon, I searched through the forum and could not find any post that addresses this but if there is one out there already I apologize for the duplication. We are heading to Disneyworld in mid-April and the plan was to do one day at Magic Kingdom when they are doing EETPH. We are staying at the Wilderness Lodge so we are eligible for it. Currently the hours say 9:00 PM to 11:00 PM, but when you look at the next two EETPH days here in March they have pushed it out to 11:00 PM to 1:00 AM with the park staying open for all until 11:00 PM. Is the expectation that they will continue to do this through April? Selfishly I was hoping to do this with my 8 year old daughter, she could probably hang in there for a 9:00 PM start but 11:00 PM would probably be too late.

I fear that this is going to carry through March and April. (I’m doing EETPH at both MK and EP in late March / early April.) Disney has been releasing updated hours a week at a time, a couple weeks ahead of the affected dates.

I hate that it is too late for some. But for my family super late hours will finally be ideal. I definitely am hoping we have later than what is currently posted.

Me, too! We are all late night people!

Ugh… How can you RD every day AND be late night people? I am a wimp!

My family would be totally cool with an 11pm start. Me, not so much. I would have to start altering my sleep schedule months in advance to prepare.

I’m a morning person, but I can run on adrenaline at night if there’s something to keep me moving. And I will get my extended evening hours if I have to stay up till 3:00am, out of sheer cussedness.

We don’t do both all the time

I have two teenagers. They like to sleep. Late.

But excitement at WDW is real - at least early on in the trip. So I preload most of our rope drops at the start of the trip and gradually push our arrival times - and finish times - later and later as we go.

There’s also the thing where now that they are old enough and both have phones, they can go about as they want from time to time. So if they’re not moving and it’s a rope drop day, they’ll catch up later. I’m also an early riser by nature so there might even be a non-rope drop day when I will rope drop without them.

You cannot burn the candle at both ends without eventually crashing and burning. Just as you plan your park time you have to curate your entire vacation experience to account for these kinds of things.

I am so unsuccessful at the nap thing… I find that when we get back to the resort, I am too worried about evening plans to relax.

So don’t force it - adjust your plans accordingly. Do some rope drop starts with a finish around dinner, touring straight through. And do some late starts with late night finishes. Balance them.

What works for one person’s family will not work for another. You know your group best. Plan for them — and then build your park plans

How can you RD every day AND be late night people?

There is definitely a Randall way to do it. Most people cannot hang.

I’m pretty sure when Randall puts everything into his TP, this just covers his screen: 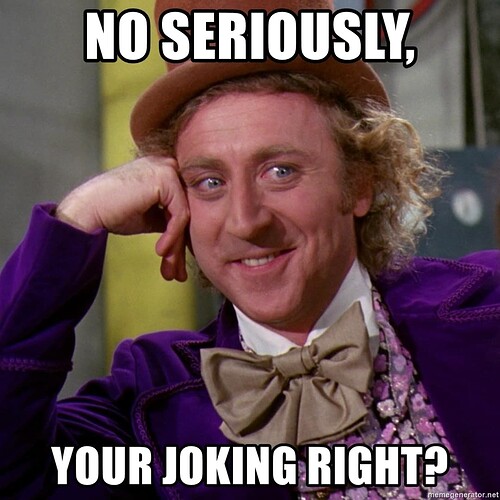 it does fight me, not gonna lie. I have to go through and check EVERYTHING cause this site refuses to create a “DO EVERYTHING” template.

Right now I only see 2 dates in March with a 1am ext hours. I wish there were more dates. We have good memories being in the MK at 2am

They’re updating the hours a week at a time, usually on Fridays. Not sure if today’s update has happened yet.

Yeah I bet.
I tried to convince my TP this morning that I could see 1/2 of WS (Mexico to America) from RD to 2:30 and it just chuckled and told me that I wouldn’t have enough time.

Perhaps it’s scheduling a long tequila break while I try to fathom why they put post-apocalyptic tacos in the lagoon??

Ok thanks, I had looked at it right before I posted but I’ll check again later.

There is definitely a Randall way to do it. Most people cannot hang.

Some of the Fab Four/Five are of the @Randall1028 school of thought. We always talk about taking a break in the middle of the day or not RD’ing, but it never quite works out that way.