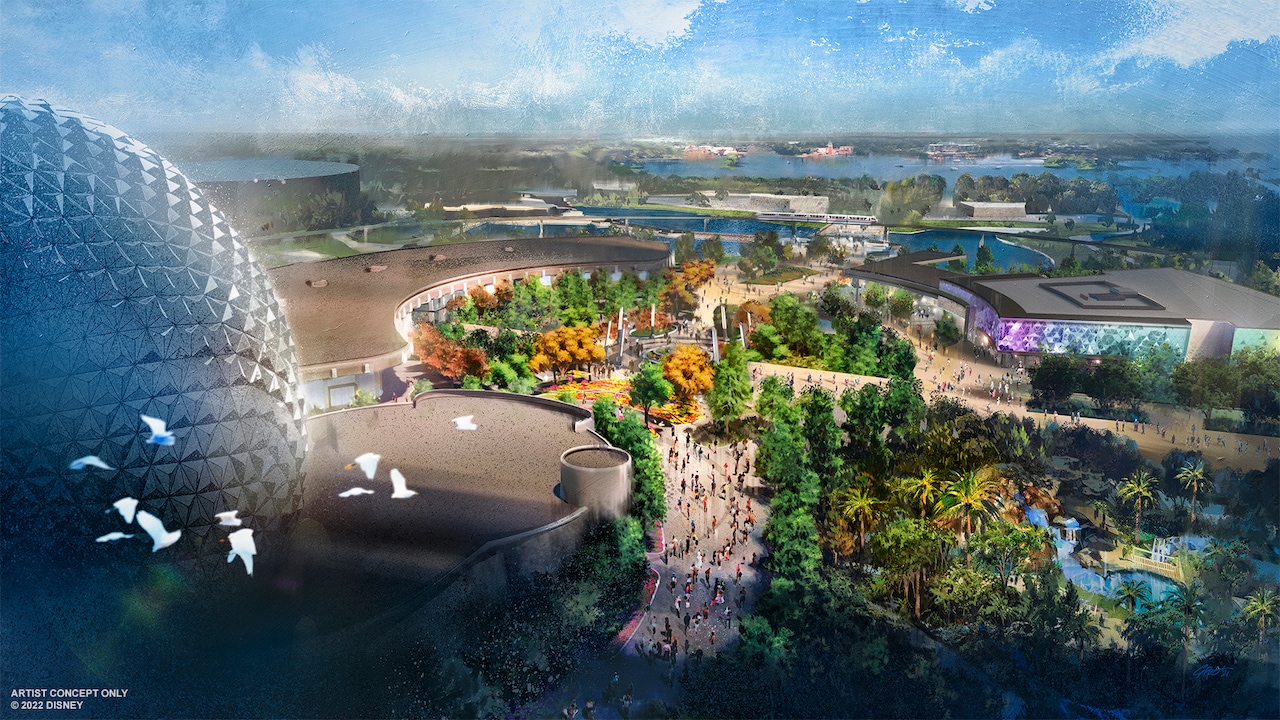 New Details Revealed About the Transformation of EPCOT

As international festivals continue to become more of an integral part of the EPCOT experience, Disney Imagineers are creating new spaces that will bring these events into the heart of the park in the new World Celebration neighborhood. In several

It’s a major cost and time savings move. I like the idea of more greenery because that part of the park is very sterile with all of the concrete. It also looks like no changes to spaceship earth. I’m mostly looking forward to no more construction walls.

So is the Moana thing gone?

No it’s still there. It’s in the bottom right of this image 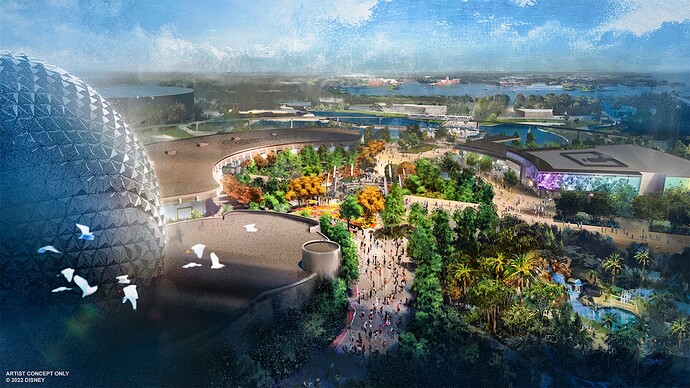 The work is really starting to ramp up now. Parts of the construction site look like structures shown in prior concept art.

I didn’t feel like this was much of a revelation

Agreed. No big surprises other than rebuilding a building that they tore down. 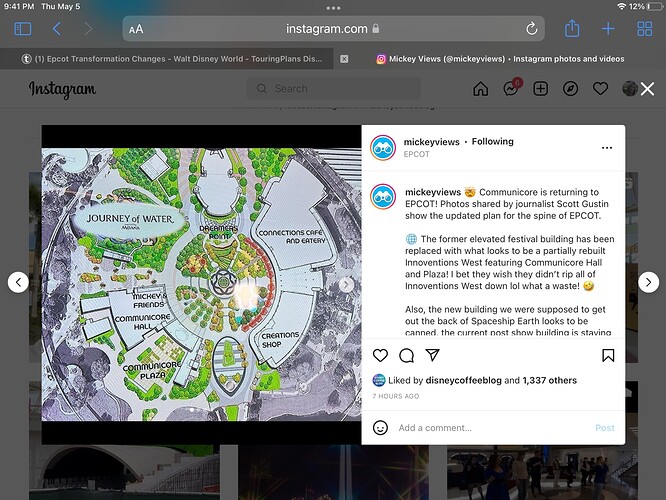 Oh I see it! Thanks - Okay well that’s exciting, because I’m Hoping not so
Many walls by my trip in November.

So…They come up with these neighborhoods as a way to give Epcot’s future some kind of direction…and then they pretty much abandon this.

I must be missing something, because I don’t see how any of this applies to World Celebration. Spaceship Earth and Moana, perhaps. But the rest of this?

Perhaps they should just have had World Showcase, and then “The Area Formerly Known As FutureWorld”, or TAFKAF for short.

I was excited about the Epcot transformation originally because I though the neighborhood idea meant Disney had a grand master plan that would refocus the park. Now, I am not so sure that is the case. The addition of GotG and Moana (and eventually the Play area) are fine additions…but definitely feels unfocused.

This. I think these renderings look lovely! Just wish it was somehow going to magically all be done before my December trip

I like all the green, but I am not sure exactly what I am seeing? And why I should get excited?

I am also curious how they will have yellow trees in Florida!

Maybe @bebe80 can tell us the likelihood of yellow Floridian trees

I think this is true, too. The trees definitely make it better, imo, just because I really like greenery and shade, but it’s lacking story. Being able to immerse yourself in a story is what makes it magical. I’m hoping the Imagineers are tying this all together in a way we’re not seeing yet…

no changes to spaceship earth

I bet you any money that there will be no changes to Splash Mountain, either.

The Journey of Water was supposed to be a path to The Seas when they first announce it. Now it looks like one meandering path with the entrance and exit next to each other. And a thatched hut in the middle - perfect for a meet and greet for Moana.

So now it just feels like a long m&g queue. There’s no sign of a way in from “The Hub” up by where the festival centre is.

And the festival centre seems to be a covered stage.

All just watered down from the original plans. And no discernible cohesion.

The best thing looks like the dancing fountains. But how long will they continue working for?

Oh, right. I forgot that JoW was supposed to be part of World Nature and not World Celebration. This explains why there is no entrance from the hub.

the likelihood of yellow Floridian trees

Not likely during the growing season. While there are some evergreens that are yellow(ish), their use is limited because they are just good for appearance, not shade.

The yellow trees in the image are probably just an example of the fall color of those specific trees in that location.

Except that when they originally announced it, it was meant to be a path from the Hub to The Seas.