2 years ago we rented (chartered?) A boat from Disney. It went to the world showcase lagoon and we watched the fireworks. I can’t find info on it and wanted to do it when we go again in November. Does anyone know where to find that info?

Hi! I think this is it -
https://disneyworld.disney.go.com/recreation/specialty-cruises/

We are thinking about it for September. How was it?

We did this in 2018 for the MK fireworks and it was amazing!

They just announced yesterday that the fireworks cruises were returning. My TA told me that you can book them 60 days out (which was not on the WDW website). 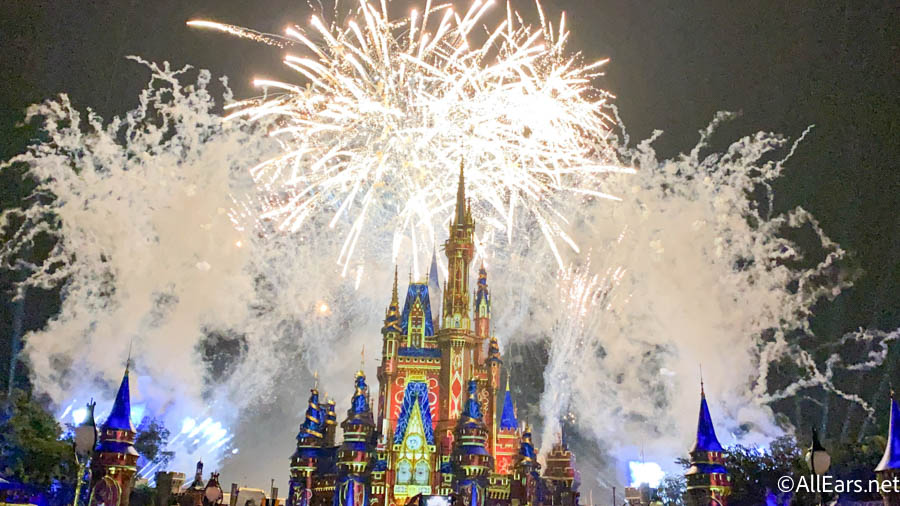 The BEST Way to Watch the Fireworks Has Returned to Disney World - AllEars.Net

Fireworks cruises have returned to Disney World for Happily Ever After in Magic Kingdom and EPCOT Forever in EPCOT.

Thanks so much! Now I just have to wait until we are 60 days put!

I’m considering doing this for my trip next June. My sis and her fam plus my parents will be with us and I want to do something special. Is it worthwhile even though you miss the projections on the castle?

We got a full tour of all the waterways around MK with anecdotes and stories… passed by each of the resorts, the old River Country area, one of the docks for Discovery Island, and the tiny island with one lone tree that had dozens of shoes hanging on it!

As it got dark we anchored and watched the Electric Water Pageant, then they moved us into a perfect position for the fireworks with the train station and castle slightly offset from each other. For both, they had the music playing on the boat.

You cannot see the details of the projections, but everything else is perfect. At one point the monorail went by and I felt like I was in the middle of a WDW commercial!

See, I’m really hesitant to reply to this thread because it’s been so long since I did this, but I did 2 Epcot fireworks cruises and 2 Magic Kingdom fireworks cruises between July 2000 and November 2006. They might have changed a lot since then.

But if they haven’t changed, then they are worth a lot of moolah. They were way more affordable in 2000 and 2003. Our last effort was in November, 2006, and it had become so expensive that we split an Epcot cruise with another family. (Found them randomly on the DISboards 'way back then.) I would say… in today’s economy… a fireworks cruise would be worth at least $200. So if you have to split a cruise with others, then do that.

The big thing back then was that you couldn’t bring drinks or snacks on board; those were supposed to be extra. As of November 2006, the captain brought out major snacks and soft drinks after we were on board. He even said we could have brought our own alcohol if we had wanted to.

Now, all that said, we all really loved fireworks cruises. There’s a lot to be said for being in the middle of the crush at MK or Epcot to see the fireworks; it’s a communal experience there. But to be on a boat in a special place just for boats, and to see the fireworks from a completely unique and special perspective: It’s priceless. Highly recommended. If you can afford it, or if you can split it with some other nice people, I can’t recommend it highly enough. It’s truly magical Go for it!!!

In 2018 the cruise included bagged snacks (chips, etc) and Rice Krispy Treats as well as canned soda and bottled water.

I don’t remember our captain turning down the tip … and I definitely tipped him!

WDW is currently charging $399 for up to 10 people according to the WDW website page for specialty cruises.

For us it was worth it in 2019. We had 7 family members including my 3 yr old twins. The ability to view them and not have to fight for space and fight the throng on the way out was wonderful. They provided snacks and a tour. We went to epcot so maybe will do disney this time. Keep in mind that you DON’T need a park ticket for this and I will be going on one of our rest days. Otherwise, you waste a park ticket and have to leave the park hours ahead of time to do this.