Will be at Epcot Mon Sept 19 with 3 adults (2 are 20-somethings, with 1 never having been to WDW). We plan to arrive 9:30 to 10am for 11 am posted open.
With the 11am open I’m guessing rope drop doesnt get us much advantage in FWorld for very long. Whats the current advice on this? How long, how many attractions should we do in FWorld before heading to W Showcase and the Food Wine? How do we know when to bail? I figure we will then head back to FWorld mid to late afternoon and evening when others are finished there? Which few (?) FWorld attractions should we try to do at RD? I was thinking Soarin for one because we likely want to do that one twice. Any advice appreciated as I’m having a hard time wrapping mind around such a late RD!

There really is not much in FW, assuming you do not want to do Turtle Talk and such. Our family is aged 10+ and we only did Soarin’, TT, and Mission Space, which did not have a very long wait. So, we Rope dropped Soarin’ and then worked our way around the countries. We did have a bit of a wait for Test Track late afternoon, about 40 minutes.

ETA: We also did Spaceship Earth towards the end of our day.

We can fill two days at Epcot and not get it all done. So it depends on where you want to focus.

FW rides… Soarin’ is a must do, as is Living with the Land. The film in The Land is fine, but not worth it if you only have a day.

The Seas…the ride itself is fine but nothing special…still, we spent quite a bit of time exploring the aquarium, including the Manatee.

Spaceship Earth is another must do.

Mission:Space is another one worth doing…orange is better than green, but also more likely to cause motion sickness (I take a half of a less drowsy Dramamine).

Test Track is ho hum and definitely worth skipping unless there is almost no wait. Only fun part of the ride is the section outside…and it lasts like 45 seconds. (With the designing if the vehicles back, it does make this a shade above ho hum now.)

WS can take a full day itself. Things we like to do (aside from eat and shop) include:

You might actually do better starting in WS for attractions, then hit FW in afternoon when folks are heading to WS…then back to WS for food if you want. Generally best, however, to RD either Soarin’ or FEA.

We have one day in Epcot the week before you, but both me and DH have done it before.

Our plan is to rope drop directly to FEA, then do GFT, MS, and Nemo plus a little time exploring the tanks. Then we’re done with rides for the day and focusing on F&W, unless we can sweet talk a CM into a preview of Remys. If they bring back some sort of Fast Pass and/or the FEA Dessert Party, then we would also add in TT.

We’ve done Soarin’ multiple times in DL, as well as once before at Epcot, so it’s not a huge priority for us. And we don’t have the nostalgia for Spaceship Earth or Living with the Land that some folks do, to us those are both just slow-moving time sucks that break down a lot.

Yeah, I completely disagree with all your must dos, lol.

I love Test Track, think Spaceship earth and Living with the Land are absolute must-skips, and would rather bake in the hot sun then have to sit through any of the movies in the pavillions, lol.

Tough question because your group’s preferences will come into play.
For your group, my suggestion would be:

Your best bet would be to figure out what your group would enjoy based on personal pref, and throw it into a personalized TP. Soarin, TT, and FEA are the big draws / wait times for rides. My fam doesn’t need to do FEA, so that takes a nice chunk of planning out of the equation. But we LOVE TT and Soarin, so we try to do those both twice. Cross your fingers that the street shows will be back (they won’t) - but that was a major part of the Ep experience, for me. Without those, EP is a 2/3rd day park.

Fair enough…but honestly don’t understand why people love Test Track. It is all promise, but no delivery. Was better in the previous incarnations, where at least it was loosely educational. Latest incarnation is just…pointless. It fails at being a decent thrill ride, and fails at being a dark ride. Not sure WHAT it is trying to be!

One minor point to keep in mind - In the before times the World Showcase food booths, both permanent and festival based, wouldn’t all open at 11AM. Some vary between 11am and 12noon for their opening. In the now times this might have changed but I generally plan on hitting World Showcase at 12 noon so that I don’t hit a closed foody location.

Lol. I like the “design your car” part of it, and “racing” the hubby. Had they not added back the pre-show portion, I probably would agree with you that it might fall into Ho-Hum territory, but I feel like it works when it all comes together.

Different strokes, but I see your point.

I thought the inside designing the car part was a waste of time.
I’m all smiles when you bust outside to the sunny track and hit 60. I love it (with a Fastpass, that is.)

Pro Tip: wait for the front seats no matter what.

Our tried-and-true Epcot plan is to rope drop TT, then head immediately to FEA where the wait is usually still not bad. From there we may head into WS if we are ready to look for food, or catch Spaceship Earth, Nemo and Journey to Imagination since they tend to have lower waits. We save Soarin and LWTL for later since their queues are all indoors in AC, and the waits for them go down in the afternoon. Mission Space is our skippable at Epcot, didn’t even do it the past few trips.

We are knee deep in making plans for our October trip. Dd and I agreed to pull Mission Space off the list…but kept Test Track. We have no interest in MS Orange and are okay skipping it. We are also prepared to deep six Test Track if it has a super long wait. We haven’t ridden it in a very long time since it was down during both of our EPCOT days last trip!

Plans are currently to skip the movies in WS (I think Canada isn’t running right now??), but HEA, GFT, all the America options, some other shows, and most of Future World (skipping MS) are all included.

We are planning on starting w/ Remy since our visit is in early October. Taking advantage of ETPE from the International Gateway should help get us close to the front. After Remy we will head straight to Soarin’, GFT, HEA and make our way around WS. After WS we will hit up the remaining FW attractions. We are big fans of Figment, all of the Living Seas Pavillion, Living with the Land, and Spaceship Earth. Test Track is planned for late and will only be included if it is open, the wait is reasonable, and we have time.

Really? Didn’t realize. It was playing in December. 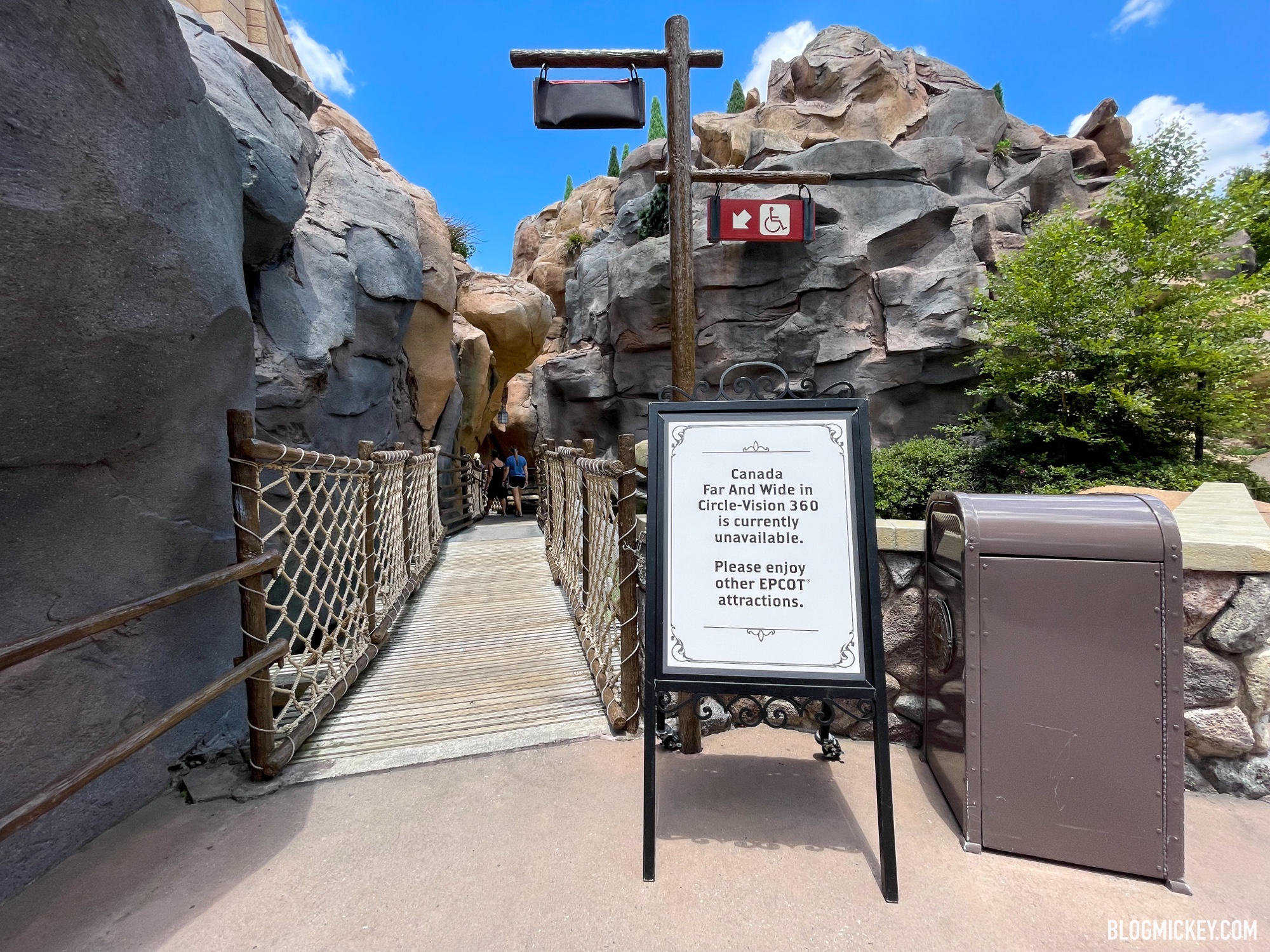 "Canada Far & Wide" Closes, Signage Removed Ahead of Likely Use During...

It now serves cider as part of F&W.

I know we are going to RD FEA but I don’t know if we are going to do WS first or FW from there. I know I want to do FEA, Spaceship earth, Seas, living with the land and the WS from 11-4 and then 7-close. I keep going back and forth on the order of my TP.

I don’t get it either. My family LOVES IT and my kids rode it every day during our recent stay since we were at Beach Club and Epcot closed at 10 pm.

I agree to disagree with his must do’s!