Envious of my rotten kid who's in the MK today

Instead of running straight to Seven Dwarfs, he went to Friar’s Nook for sausage gravy tots. Now I think he’s just walking around, looking at things I can’t see and making me see green. Hmph!!! 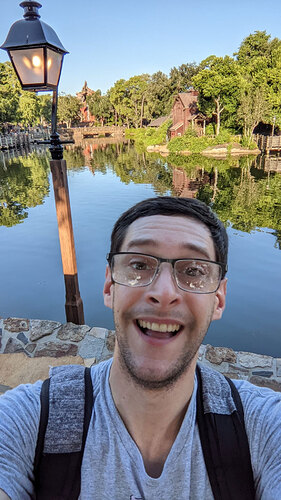 Forgot to say: If you haven’t seen my envious posts before, my bad kid got into the Disney College Program in January after a lifetime of not loving Disney World as much as I do. Which was bad enough! And then he decided to become a permanent resident of Florida. (Fuh-lorida???) And he’s a coordinator in DAK. (Pardon me whilst I seethe.)

He says he’s getting better at going to the parks by himself, but this is the first time since… I can’t remember. The last time he went to the AK, for heaven’s sake. Grrr. Bad kid!

He is a wonderful bad kid

Looks like a beautiful day for exploring. If he has to be so bad, maybe he can continue to share pictures to make up for it?

THAT ROTTEN MISCREANT JUST WALKED ON AT SEVEN DWARFS AND GOT THE BACK CAR.
(yes, this is a complete sentence.)

I love these vicarious TRs

He called to laugh and taunt me. “It was a WALK-ON,” he chortled. “It said 40-minute wait! I got in the standby line, and two minutes later, I was getting into a barrel!”

Such a rotten kid!!

Question: did he finish his degree? And from where? Just being curious.

Woody’s not sending pictures, but in the last 90 minutes, he rode Seven Dwarfs, Space Mountain, Buzz Lightyear’s Space Ranger Spin, and Haunted Mansion. He is now back in Tomorrowland for coffee and yammering something about being wrong about Irish creme.

Irish creme, y’all. He could be meeting Buzz Lightyear, but he’s drinking coffee in the shade.

Question: did he finish his degree? And from where? Just being curious.

Woodrow’s view while he sips coffee and contemplates his next move: 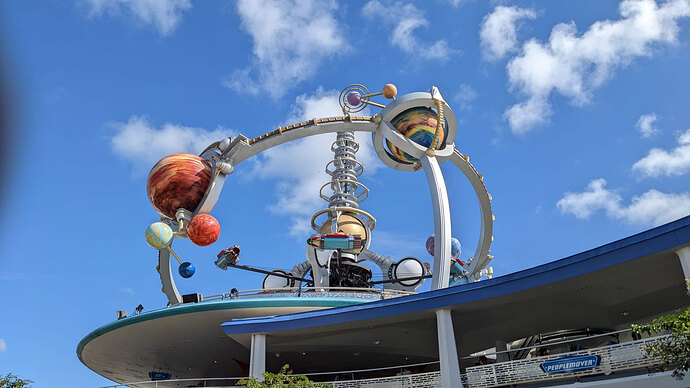 Biting my tongue!!! Not telling him what I think of him right now! 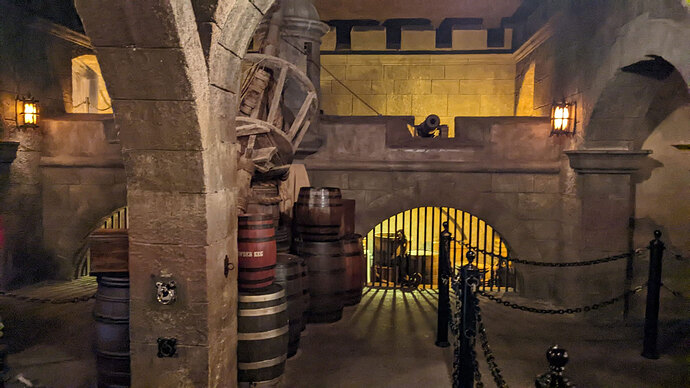 They should make him walk the plank!!!

Do you think he will go to grad school or will he decide to stay at Disney (considering he’s rotten anyway)?

Woodrow’s staying at Disney for the foreseeable future. He accepted full time employment and became a coordinator, which is part of the management track. He rents a room in a condo; got a Florida driver’s license, paid for Florida insurance – heck, he even bought a dash cam because Florida is a hotbed of automobile accidents. He registered to vote.

Now, Disney has a thing where they pay for school for full time CMs, but during the pandemic, most of the schools in the program dropped out. So Woodrow can’t go to graduate school and study biology right now. If that comes back, I’m pretty sure that’s the direction he’ll go. He wants to teach eventually.

And he’s in Disney World. DAMMIT. I just remembered why I’m so mad at him!!!

I just remembered why I’m so mad at him!!!

Love it! It sounds like a bright future for him either way.

I am also envious!! It doesn’t seem right that he keep messaging you about what he is doing

Actually, right now I’m really miffed that he isn’t messaging me!!! But yeah, he is an inconsiderate lout.

This is definitely a mom thing

Wow. As if the Magic Kingdom weren’t enough – now he’s stomping all over Epcot and planning grand tours of alien pavilions!

Laws only knows what he’ll find for sustenance. I beg him to eat vegetables! What junk food will he ruin supper with while he waits for his virtual queue spot?!