Encouraging news about Fast and Furious

Universal Orlando has posted on Facebook that Team Members are getting preview rides of F&F today.

So presumably it’s opening soon. It is still technically Spring.

Yes! Saw they have the VIP/media event scheduled for May 2! We are there at the parks in 10 days - I guess there is the possibility we may be able to luck ourselves into a soft opening - no big deal if we don’t, but it would be cool!

There was a soft opening today at 4:15! Friends of mine just rode it, sent pictures, and said it was great! I’m so excited and hoping it will be opened officially soon!

Edit: I just looked at the Universal app, and it’s a 75 min wait.

I’d love to see those pictures

I saw them on Snapchat and didn’t screenshot

These are the ones on the app: 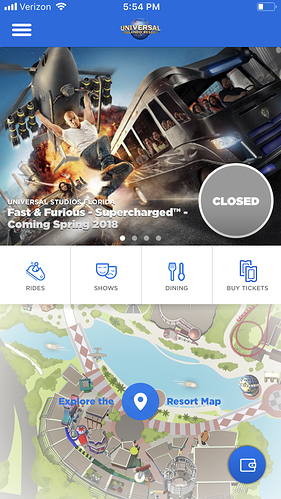 @profmatt, I know you want to try this attraction and I went on it yesterday. It is in soft opening so not all elements may have been working. I believe there should have been fire blasts that were missing. I am at sea right now so pictures may not post but I will try: 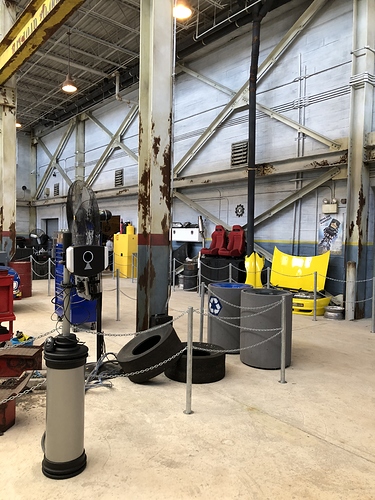 So, out of 7 pictures one uploaded. Here is a link to more: https://instagram.com/p/BhpOI5Cg22s/

I went on it yesterday

The big question is: what did you think of it?

My excitement level has plunged since I’ve started tracking it online. Apparently it’s basically the same as the one at USH and I’ve watched a video of that and it’s underwhelming.

I’ve never actually watched any of the movies — though I am going to do so before I go — so I don’t have any emotional investment (unlike, say, Pandora or WWOHP).

I’m angry and jealous that you’re there now and I’m not, however!

The set up is like King without the 3D. The scenes, to me, go by way too fast and the ride vehicle has bars that blocks some views. It is also very short. It most likely is not something I will do again. Of course, I too have never seen the movies so that may impact my judgement. I am very glad I did it once!

The set up is like King without the 3D

It’s possible I won’t bother at all. Unless you think that would be a big mistake.

I think I would follow the reports. I think if they slowed it down it actually might be a better ride.

All of these reports are making me sad. My kids, and my husband and I to some extent, are fans of the franchise. I had high hopes for this ride, given what I know Universal is capable of. Our trip in August is in part because of the opening of this ride. Now, being a true Harry Potter fan, no trip to Universal will ever be a letdown, but I am sad about all these bad reviews.

Thanks for sharing! I’ve never seen one of the films either, I’m thinking it will be one and done for me too.

You may feel differently and I think it is important to remember there may be changes. To me they were just throwing too many things at us- way too fast.

I went on this ride last week. Similiar to Kong without 3D. It was a very short ride and didn’t seem that fast or furious. I was disappointed. Maybe there were still some elements that they were adding in? I have seen to first few movies. In my opinion Kong is much better.