I really want a pic of my family and girls in front of the castle without a huge crowd behind us. We have Early Morning Magic one day and 8am BOG reservation with 9am park open another day. I was thinking one of these times would be the time to try but watching your tube videos, when let in at 7:45 there’s still a huge crowd of people walking in.
How are people getting the empty pics? Are they waiting for people to head to their destination thus eating into our EMM time or something else I’m missing? Any help?

It really depends on when you go. Obviously, it’s easier to get a great Castle pic in Feb. or Sept. vs. Summer.

Also, it might seem counter intuitive but I’ve had greater success on days w/out EMM. There’s people there for that event so they get in the way and then the regular crowd fills in about 30 minutes later.

I’d advise going to RD early on a Tues. / Thurs. when there’s no EMM

Also, the PhotoPass photographers are really good at getting this angle if it slightly busy that morning. They’re pros!

We got virtually empty pictures at 9:30am on a Sunday in Feb (with a higher crowd level due to the marathon weekend). I really think it depends on luck, but walking right up to the below area in front of the castle and not taking them on Main Street helps give the illusion of fewer crowds. There weren’t any pro photographers there, but I’m sure another family would help you out.

I wouldn’t make plans around trying to get the picture, but just keep swinging by during your time there until you get the shot you want. 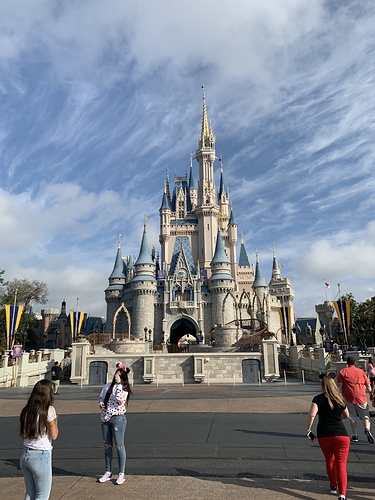 ETA- checked the crowd level for that day it ended up being only a 3, so disregard my comment that it was a higher level. I’d still recommend that area for pictures based on other days we have been there with more crowds

We did EMM last week - and about two minutes before rope drop, I got a photopass photographer to take my pic with my kid on the side of the castle. You can see the streaks of smoke from the fireworks in the background and it’s not the front facing pic of the castle, but there are literally zero people in it with us… 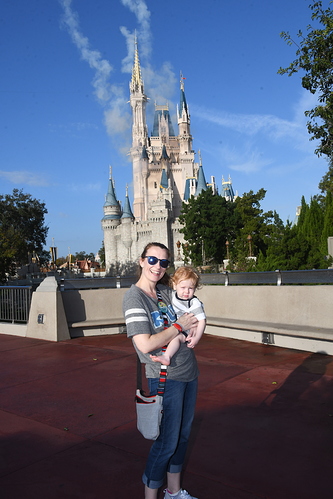 Get as close as possible to the castle early on those mornings and it should be fairly empty (at least for a few seconds to get a pic). Don’t try to get an empty picture from Main Street (that’s not happening!) 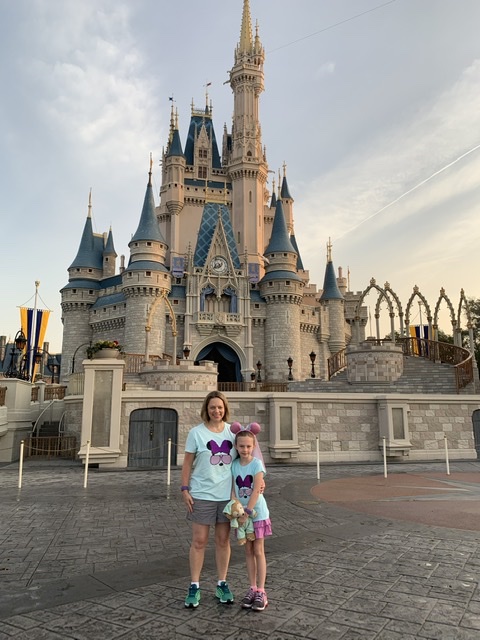 I got this about 7:54 am on a spring break 9 am opening last year. We rode the double decker bus from the front.

There will be a crowd (not “huge” by Disney standards), but if you’re near the front and get up close to The castle there shouldn’t be many people there. A lot of people stop on Main St. Or near the hub in front of the castle, so you can get closer and not have people on the background (hopefully).