Quick notes on phone while it’s raining out:

Day one, day of a million fast passes—-

I enjoyed all of the fast passes, but yeah started to feel guilty after a while

That’s a great day! I cant wait to see how terrible my boys drive at Tomorrowland Speedway (it was under refurb when we were there)!!

I enjoyed all of the fast passes, but yeah started to feel guilty after a while

Nicely done!! I don’t think there’s any reason to Feel guilty. Sounds like a great day!

Day two Hot and then Wet— 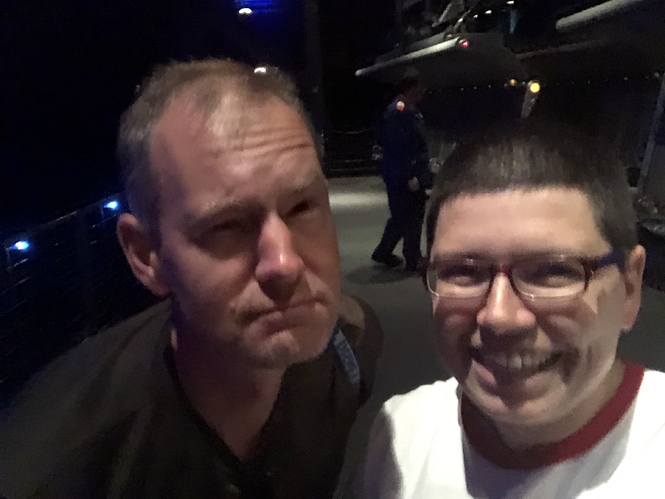 I cant believe I got made only three days in!

Day three - The day that we beat the weather

!!! If I was on the fence about GG breakfast for our first trip (I wasn’t really), POG Mimosa would tip me onto the side of Definitely!!

Menaced by a hungry duck. Eventually we had to turn the misting fan on him.

I laughed and am impressed with your ingenuity in keeping waterfowl at bay.

FYI - POG mimosas are not on the menu. Had to ask for it.

Got kids checked into The Void.

Question - were your 9 and 7 year olds allowed into VOID?

My kids will be 12 and 7 and we would really like to experience the VOID together, but their web site shows age restriction of 10 and older.

The people at the void put the gear on the boys and asked them if they were ok carting around a 20 lbs backpack. Boys said yes, so they got admitted. Say “the void” to get a free foto. 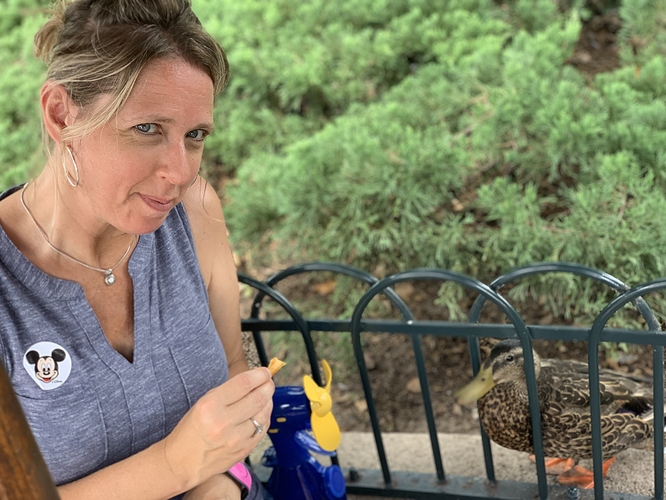 Thank you! Very good to know

Only had to break up two fights between boys during the wait.

My favourite part of parenthood.

I love your DS7 with his metal hand gesture.

Did you do the Star Wars or the Ralph Void experience? And nicely Fastpassed at MK!

I also love the DW and duck photo. Why does she hate Agent P?

My boys cant drive for crap =)

Boys did Ralph with another 9 year old and his mother.

DW doesn’t like Agent P because it’s not how she prefers to enjoy disney. Same with Treasure of Seven Seas, & Sorcerers omk. Its all in the same category as pin trading as far as she’s concerned.

I think over 1/2 the hotel might be UK this week.

Day 4 was Blizzard Beach with an epcot evening

Day 5 was a lot of Animal Kingdom.

“Means the chipmunks had to poop”. I may not be the best parent sometimes.

Maybe not, but you’re a top-notch trip reporter. Not everyone can reflect upon a critter dump in their post with such flair and style!

I love your trip report lol. Bullet points are just my style. Enjoy the MSSHP!