Our last two trips, one in April 2014 and one in March 2017 I rented strollers from Kingdom strollers which worked out great. We have a trip planned coming up in less than 2 months in March and I went ahead and made a reservation for a double citi mini gt.

I didn’t see a spot mentioning snack tray anymore so I emailed them to find out they don’t carry either the belly bar OR the snack tray anymore for the double! I’m so disappointed. I don’t want to have to strap the 5 point harness on both kids on and off all day but with no belly bar, they will seemingly be completely unstrapped and loose in there.

I can’t find a company yet that carries belly bars or snack trays for doubles… does anyone know of one or have an alternative suggestion?

I have a CMGT single, and you can unbuckle the top straps from the bottom straps so you just have a 3 point harness. My 2 year old son can do up the buckle himself. It’s way easier than the 5 point harness but holds them in a little bit. We very rarely travel with the belly bar and don’t have a snack tray.

In the past I’ve bought double strollers for about $35-$40 off craigslist and just left them down there at the end of our vacation. It’s probably cheaper then renting you just have to keep checking.

I just bought this one for $30 the other day https://www.amazon.com/dp/B00HT6EA2C/ref=cm_sw_r_sms_c_api_ObqwAbAJ4CB8A

For the price of rental one you may be able to purchase one on Amazon and have it delivered directly to the hotel. The only problem then would be how to sell it or give it away before you leave…

We bought a City Mini GT snack track off Amazon Prime Now. It was under $20 - well worth it. We were having some groceries delivered as well, so there was no delivery charge. It was all waiting for us at Bell Services when we arrived.

I’m running in to the same problem. A tray would be very helpful with my 14 month old. It looks like snack trays are for the single, not double, unless you buy the bar to go with it? Does anyone know if there’s any other “hacks” that work with the double?

I already own this: https://www.amazon.com/gp/product/B075NTXTBB/ref=oh_aui_detailpage_o00_s01?ie=UTF8&th=1

I’m wondering if I bite the bullet and buy the $20 belly bar, would that work? Do I want to buy a $20 bar that I won’t use again? Not really…but being able to snack/feed on the go can be the difference between smiles and meltdown.

I’m only finding one on Amazon for $39.99 - does someone see something else? I guess I’d consider it at $20, although not in love with having to do it. Can you put the link of a belly bar for $20 if you see it?

Can you leave items for guests at bell services? We could split the cost and share if going at different but close times

Thanks. That one unfortunately will only work for a single.

Now I’m seeing what you’re seeing. Maybe the first time I was looking at a single?

Aah. I’ve never had a double and stupidly assumed the single trays would fit…

Do you have a double at home with a belly bar? I personally don’t think it will contain anyone very well. Especially the double since it doesn’t connect in the middle. My son uses the belly bar as leverage to get in/out of our single.

You could try a universal snack pod if you are more concerned about snacks. 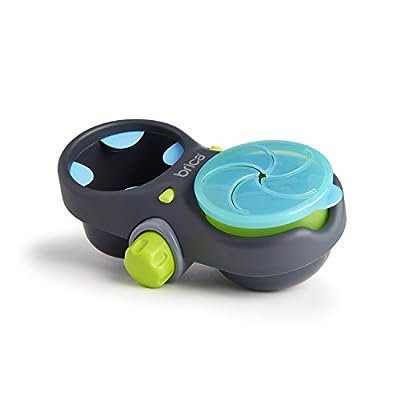 When you're off and running, snacks can mean the difference between a happy child and total meltdown. Keep juice, crackers or cereal in reach, off the floor and out of the seat cushions with this spil ...

Or these snack cups. 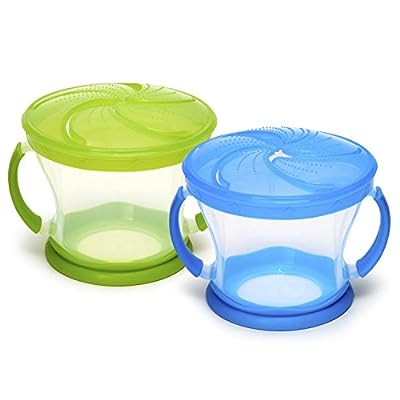 Sometimes it seems all you have to do is follow a trail of crumbs to find your little one. Munchkin's best-selling Snack Catcher to the rescue! This portable snack bowl allows independent toddlers to ...

We rented the Double BOB from Kingdom Strollers last time and brought our double snack tray from home thinking that we would just put ours on their stroller only to find out that the strollers they rent out do not even have the capability to attached the trays to them…so disappointed.