The Walt Disney World Resort, including its theme parks, announced Thursday that it will temporarily close to guests on Sunday, according to a statement from a spokesperson.

“We are proceeding with the closure of our theme parks at Walt Disney World Resort in Florida and Disneyland Paris Resort, beginning at the close of business on Sunday, March 15, through the end of the month,” the statement read.

Disney Cruise Line said it will suspend new departures beginning Saturday, also through the end of the month.

Moments after the announcement, Universal Orlando Resort announced it too will close its theme parks at the end of business on Sunday. 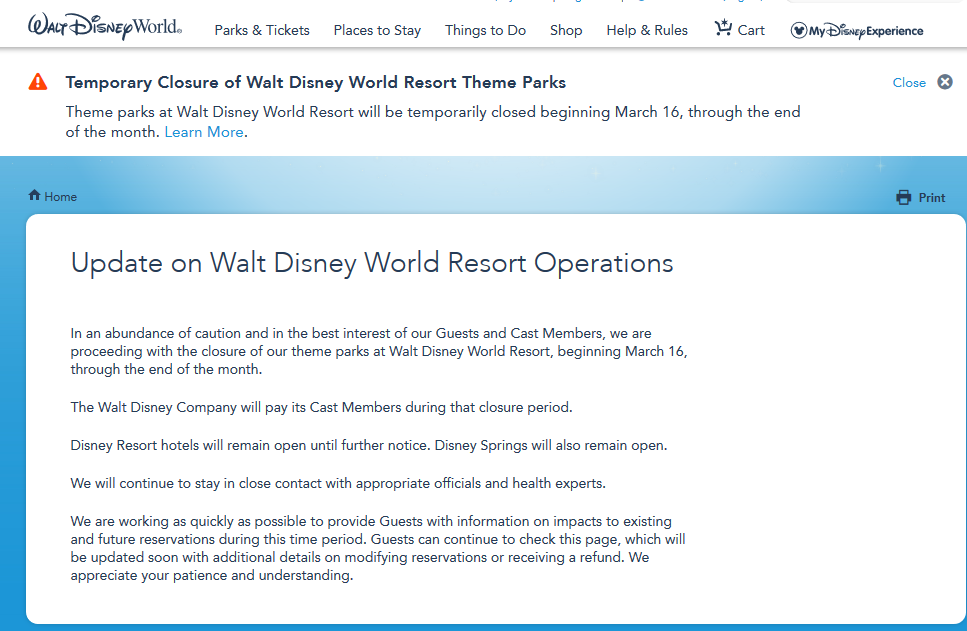