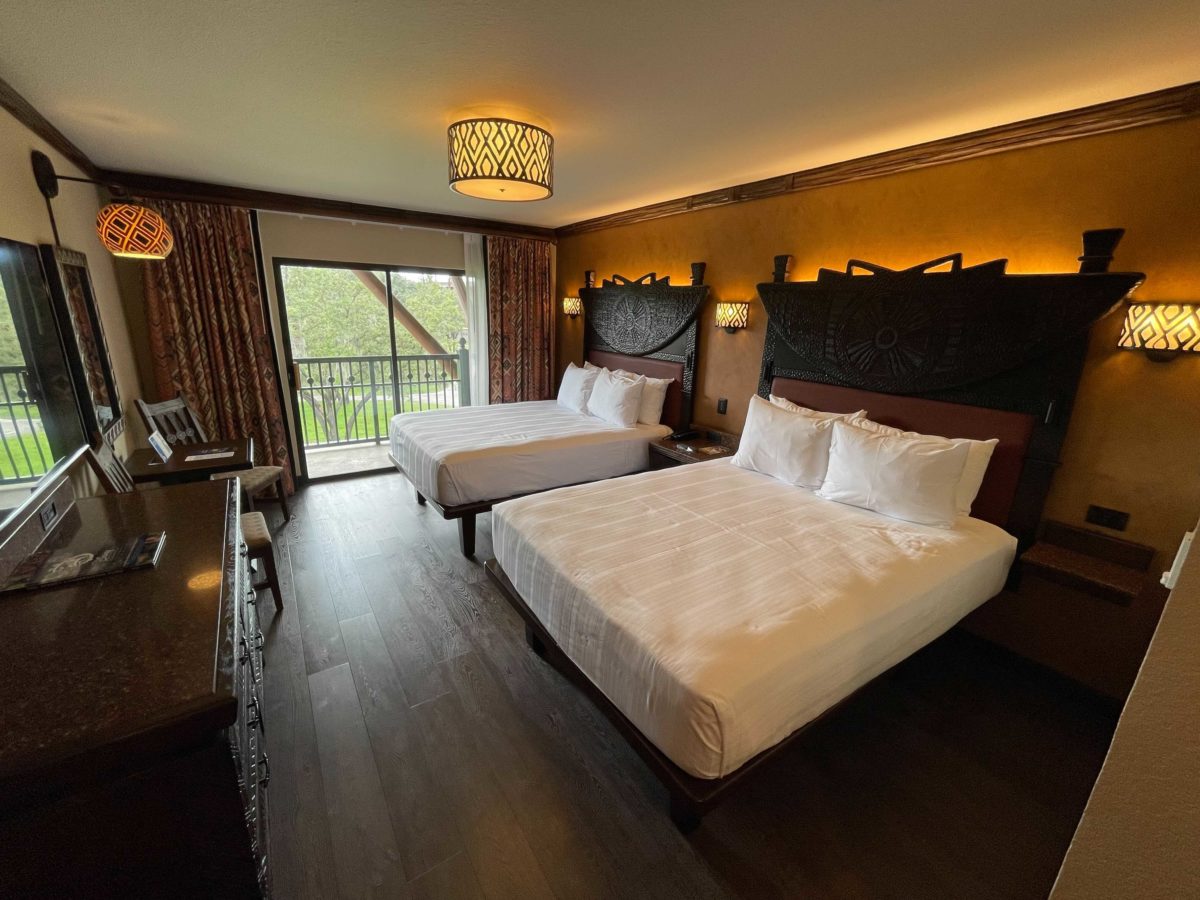 Question for DVC members: I think it was an announced permanent change that you could no longer add daily mousekeeping? @Nicky_S , do you know?

Progress at the mods and values, too: Full housekeeping every other day, instead of just towels and trash.

So great that Disney is offering what Universal put into place in September 2021.

I don’t think they ever said it was permanent.

DVC site still has info on purchasing daily housekeeping. So I think it’s back now.

Thanks, I found it:

It seems like it was just the way they reported it.

Did you find where it says it is back? I am looking and can’t find it. It does say this:

Q: Can I pay for additional housekeeping services?

When we were there in December, trash service came daily. We were usually there. We would just tell them we didn’t need it and they moved on…but I think it was the room check as well. But they never once stepped foot in the room. The person collecting trash just tapped the door to mark that the room was inspected.

Does this mean they will no longer do daily trash service/room checks?

I think that will continue, although my experience in 2022 was that it was inconsistent (BWV did that daily but CC did it sometimes for my rooms).

As you said, that daily trash is more about seeing into your room for security.

They were obnoxious about it at during our Saratoga stay…We had gone back to the room to nap and mousekeeping knocked and insisted on coming in for “trash” and room inspection even though my son was sleeping on the pullout. Basically he said if I didn’t let him in he would have to call his supervisor and that they would call security. I politely refused and nothing came of it except me being slightly perturbed.

I don’t mean to sound bratty but mousekeeping since the reopening has been a bit over the top or completely nonexistent depending on the resort I get that they have have staffing issues but there should be some consistency….Poly just after 8am vs OKW nothing no trash removal or room check.

Busting in on a nap would be so irritating to me at any time but completely infuriating if that happened during my kids’ years of needing them.

They must have so many complaints about that by now. I wonder if they will start a TSA pre check style program where, for a fee, they can run enough background checks to deem one’s toddlers low enough of a threat to let them rest…

seeing into your room for security

I’ve seen lots of references to these security checks in this forum, but I’ve never heard of a hotel doing regular security checks. What’s that all about? Is there a back story? Is it just Disney? Is it a new(ish) thing?

I believe this began after the Las Vegas shooting? Disney has been referenced as a possible target (including Disney Springs) in the planning phrases for some high profile shooters.

The people I work with to prepare to protect students and staff in schools taught me years ago to never enter a public space without planning multiple exit strategies. Some safety protocols are hidden, some could be purposely public.

began after the Las Vegas shooting

We had a similar experience this weekend at the Beach Club. First, a housekeeper knocked around 3pm and asked if we wanted her to clean the room (very polite; she just emptied the trash and brought fresh towels at our request).

10 minutes later, someone else called the room phone “from Housekeeping” and “asked” if we wanted Housekeeping. I told her thanks, but someone had just stopped by, But she insisted that her supervisor needed to come in and “check the bathroom for security purposes.” Confusing, but I said sure.

An hour later someone knocked, said “Housekeeping” and came into the room while my teenager was using the bathroom. My teenager hid in the bathroom until the person left.

And then someone called my cell while we were touring Animal Kingdom and asked if we “wanted Housekeeping.”

So, yes, Mousekeeping is back - with a vengeance!

Yeah. It is weird the inconsistency of it. In our case, no one ever stepped foot in our room for a security check…both at SSR and BWV. They did everything from outside and we were there when they came. They were polite and even called me by my name.

I do wonder if there is a bit of “profiling” that happens. Truth is I look older than I am due to my white beard, and so I wonder if they just assume older people aren’t likely a risk? I don’t know. Just a theory.

BWV called me when they wanted to get in the room. They asked if we were leaving so they wouldn’t bother us.

So weird. For us, they just knocked on the door. When we answered they asked if we needed any garbage taken. Whether we said yes or no, they stayed in the hallway and we brought the garbage to them. They they used their little Magic Band like thing to tap the door and moved along.

All disney parks are under constant “threat level” assessment since 09/11 it was the Disneyland hotel in Paris incident a year before Las Vegas shooting occurred that set this all in motion.
I get that I understand that but mousekeeping checks are ridiculous…don’t get me wrong I was incredibly happy when they started bag screening even if it meant waiting in line to wait in line.

***I wonder if they will start a TSA pre check style program where, for a fee, they can run enough background checks to deem one’s toddlers low enough of a threat to let them rest…

Don’t give them any ideas