So glad to hear this!! Disney, you are wonderful!!!

I guess ticket prices will be going up again then.

I hit “like” because I concur. But until they build a themepark mere miles away…

I get the emotional appeal of wanting to rebuild this thing, throwing tons of money at it. But the pragmatic side of me things it isn’t a wise decision.

It is a tragedy that it burned. But all that money seems like it could serve far better purposes than to stroke our emotional egos.

In the meantime, are we too short-sighted as a generation? The cathedral originally took close to 200 years to build. Today, we throw a bunch of money at something and voila! It some ways it diminishes the dedication and meaning of the cathedral. Instead, it becomes a, “Look, I’m a wealthy person throwing gobs of money at something so that I get some good publicity.” I’d have less issue if people (and companies) were donating the money anonymously instead.

It seems like it would be better to take 20 years to rebuild based on anonymous donations of thousands. That would give meaning to it.

Well, that probably will happen. But the big money jumped in right away, and it’s not like the French government will turn that down. The estimated cost of rebuilding is around $8 billion- so they still have a long way to go. And I agree, it will (or should) take much longer to build than they think it will.

Donations for rebuilding those churches are way up since this happened! It’s raised awareness overall. Including the fact that hundreds of churches are vandalized every year in France, apparently. A significant cathedral was deliberately set on fire just a month or so ago and you never hear anything about that, synagogues and mosques, too. I had no idea how bad it was over there, definitely worse than here.

Has anyone heard about the status of the investigation? They don’t have any leads, but Quasimodo has a hunch!

They don’t have any leads, but Quasimodo has a hunch!

There may be a ring of truth to that… 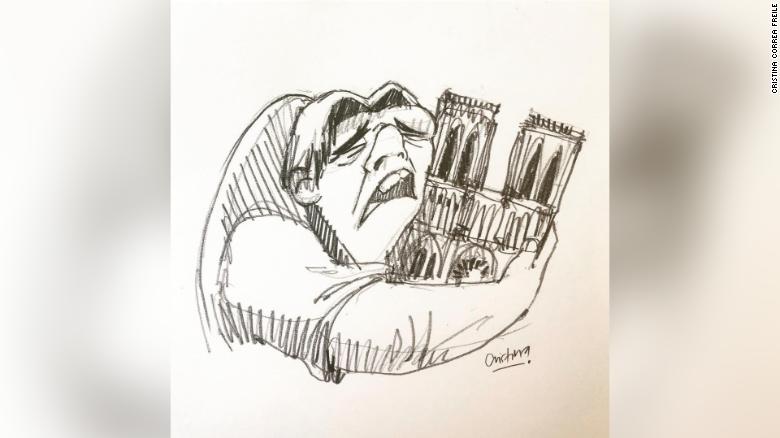 (the link for this story is in that first article) I never really liked that movie, it’s just too depressing but the songs were great.

Being a member of a parish which burned while construction was going on, my gut seeing the scaffolding that was up is someone left something on in the construction area. I really feel like there was nothing nefarious about it.

Also, there at the SAME TIME as Notre Dame, the Al Aqsa Mosque was on fire - but you had to be watching Middle Eastern news sources to even know it was going on. It was brought under control quickly, but threatened the Haram Al Sharif which contains both the Dome of the Rock and the Mosque.

I had heard about that, not sure where as I don’t read Middle Eastern sources. But it’s very alarming that these fires in France seem to be deliberately set (not Notre Dame as far as anyone knows) and much more frequently than anyone would imagine.