As I mentioned in the La Cava Daily Thread, I am starting this thread to relate updates that come out of the D23 conference this weekend.

As a disclaimer to those who don’t regularly read my posts, I claim no first-hand inside info on anything that goes on behind the scenes at Disney, but I spend a lot of (probably too much) time in other forums that are frequented by those who do have some “insider info”. My goal here is to distill some of that (sometimes conflicting) info into a thread for folks who don’t want to navigate through many(frequently tedious) pages on different sites.

Although updates on all of the parks, movies, games, and TV productions are part of the D23 event, I will focus primarily on WDW. I’ll also annotate if it seems likely or not.

Tron Cycle Coaster in TL, either near or replacing the Speedway (likely)
Moana-themed attraction for AL (less likely)

There is reportedly a master plan for a major multi-billion dollar EP make-over that will be executed over the next 5-10 years. No one knows home many of these rumors will be confirmed or denied.

Ratatouille ride coming to France (likely)
GotG replacing UofE and possibly the WofL site (likely)
Inside Out coming to Imagination
Mary Poppins attraction coming to UK
New movie coming to China, with Mulan tie-ins
Upgrades to LwtL and a new film to replace Circle of Life
Demolition of Innovations buildings, to be replaced with a series of smaller buildings
Complete redesign of EP entry plaza.
Replacement of Illuminations
Upgrades to SE
New film for MS (this has already been announced, but may get some details)
New WS country; Spain appears to be the leading contender.
Attractions for Germany and Japan; possible Tangled and BH6, respectively

As I said, these are all rumored to be part of the “master plan”, but most don’t think the whole thing will be revealed this year.

Addition of a Zootopia land
Temporary closure of EE to repair the Yeti.

To reiterate what I said up front, these are the collected rumors of what might be disclosed at D23. Some of these things may never happen, others may happen, but are not ready for a formal announcement yet. I guess we’ll just have to wait and see…

I am looking forward to following along! I first downloaded Twitter a couple of years ago just to get live reports from D23!

Thank you for creating this thread. I’m anxiously awaiting the announcements over the weekend and looking forward to following along!

Thank you. I will be watching this.

Thanks for starting this thread @bswan26! I will be following along!

Look forward to following along.

Looking forward to what comes out of D23. Thanks for consolidating the rumors!

Thanks @bswan26! I appreciate your work to summarize all this.

Definitely following to see what happens!

As we’ve previously shared, two Star Wars-inspired lands are currently under construction at the Disneyland and Walt Disney World Resorts. Tonight, we’re happy to pull back the curtain and give you the first detailed look at the model of this

No specification of which park this is, but they will be very similar, so this gives a good idea.

Edit: Confirmed that this is the model for both parks; only very minor differences.

Here’s another picture of the model

Not as clear as the images in the video, but shows the full width.

This is a model of the ride vehicle for the First Order ride. 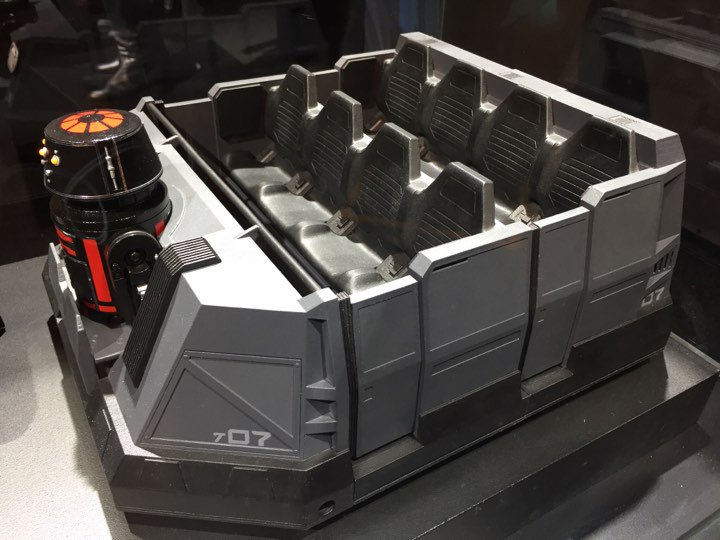 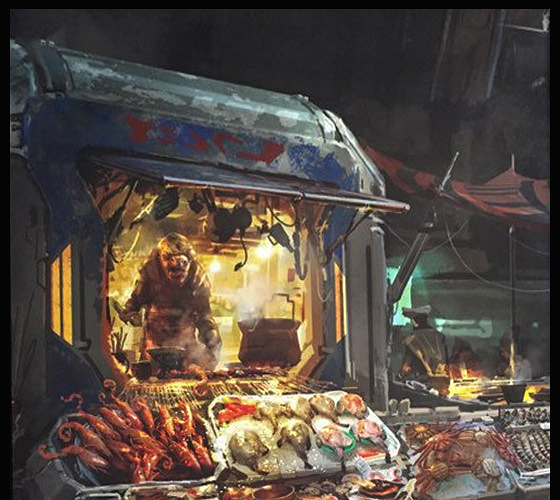 This is a vertical panel of 3 pictures; click on the image to see the whole thing.

High resolution images of the Star Wars Land model depicting the new Star Wars experiences that will open in 2019.

Wow, the model looks amazing!! I was surprised this was shared last night. The ride vehicle is neat to see. Do we know any specifics about this ride?

Not yet; that - we hope - will be discussed during the Parks panel which is on Saturday.

Not park related, but a new PIXAR film announced at the animation panel. Quoting from someone who was there:

“They’re announcing a new film! No official title yet, but get ready for THE UNTITLED PIXAR FILM THAT TAKES YOU INTO A SUBURBAN FANTASY WORLD!”, directed by Dan Scanlon". This one is based on a personal story from Dan. He lost his dad when he was one year old. But later, he was given a recording of his father’s voice. Although all his dad says is “Hi” and “Bye,” Scanlon says it felt magical to hear. The film imagines that a world of magic existed, but has grown into something contemporary. There are no humans, but elves, sprites, trolls and “anything that would be on the side of a van in the 70s”. Unicorns are so common that they’re considered pests. They showed concept art of unicorns eating garbage. The story follows two brothers who go on a quest to learn about their own father."

Wreck-It Ralph 2 Is Bringing Back All the Disney Princesses, and Making Them...

The next film from Disney Animation will bring back every single Disney Princess—voiced by all of the same actresses who played the original parts who are still living. That’s exciting in its own right, but the odd thing is that… this grand reunion...