Could this finally be the end for Chapek?

Please tell me its going to happen? WDW has been awful under his rule 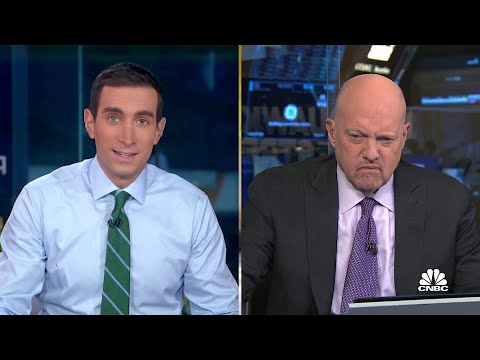 Many analysts called it a complete disaster and said that Chapek just doesn’t get it. Jim Cramer said he should be fired live on air on CNBC

Well that’s heartening. Though I don’t believe anything will happen.

Until Chapek gets Disney out from under the absolute disaster Iger left him with (amassing as much debt as the company was worth), I don’t think we can fully assess Chapek…and even if they fired him, I don’t know that anything can change until they address the Iger debt problem. Meaning, whoever steps in to replace him wouldn’t be much better due to the circumstances.

Analysts estimate was 55 cents per share. Actual was 30 cents. Disney+ lost $1.5 Billion, the prior year it Was $630 million

Careful what you wish for. If Chapek were to get pushed out for Jim Cramer’s reasons, he might get replaced with some outsider corporate raider Elon Musk type, who has even less loyalty to Walt’s vision, and would milk the parks even more.

Ah, the old “devil you know vs the devil you don’t” argument.

But he has a grandpa beard now

Anyone else getting hit with Disney commercials touting how they give opportunities to Veterans? I have seen 3 in the last hour.

With elections finished, someone did a huge ad buy that seems to be directed at Disney’s image, and I am watching MSNBC…

Ours are touting the Disney Aspire program for employees. See it a few times a day.

No commercials but I vowed not to watch national news till Sunday. Currently watching the “Chicagos”. Chicago PD just started.

Lickily the Disney ads are quite pleasant and seriously not trying to sell you anything but their image!

are quite pleasant and seriously not trying to sell you anything

Soon enough I am sure

eps is short for earnings…

I would LOVE Elon Musk to be CEO of WDW