That has always been a pet peeve of mine, even before Covid.

Agree. Instead of just showing up sick, a thoughtful approach is …

This possibility just made my whole holiday season! It would counter the awful December news on <5 vaccines from last year which came about the same time the bivalent approval could come. My youngest’s b-day is 1 week before Christmas (this year will be 3!) & so if it comes in time for her birthday that would be even better. More time before Christmas/New Year’s to get those antibodies in gear and maybe even she will get to have her very first ever birthday party with guests around New Year’s!

Tom Peacock in the UK is one of those “experts’ expert” on all things sequencing. I haven’t attempted to read their paper (yet, anyway), but his overview thread is…interesting… 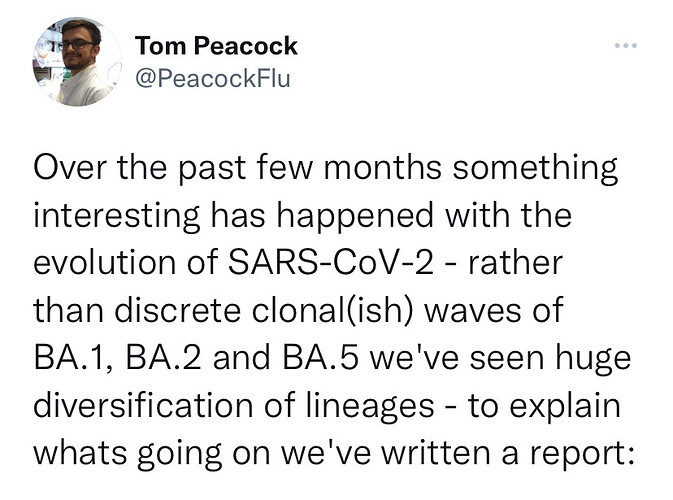 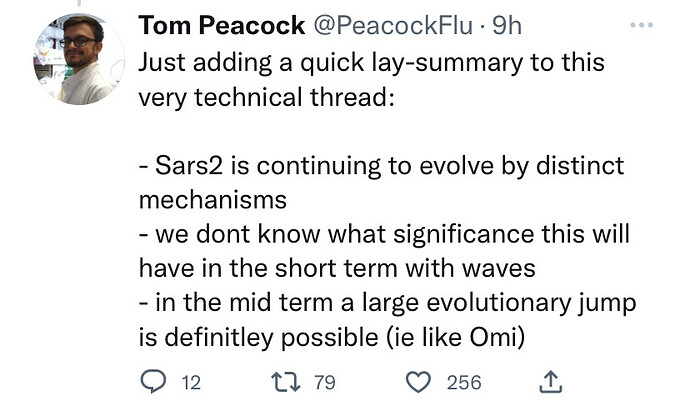 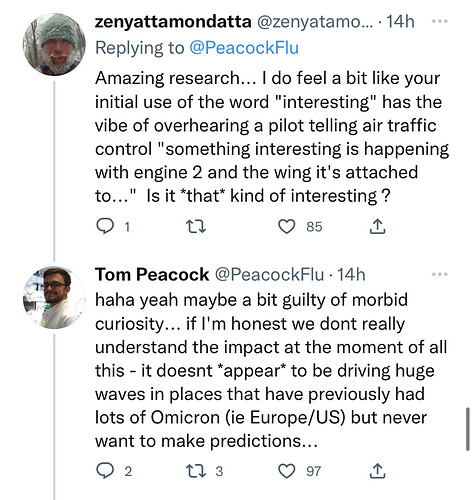 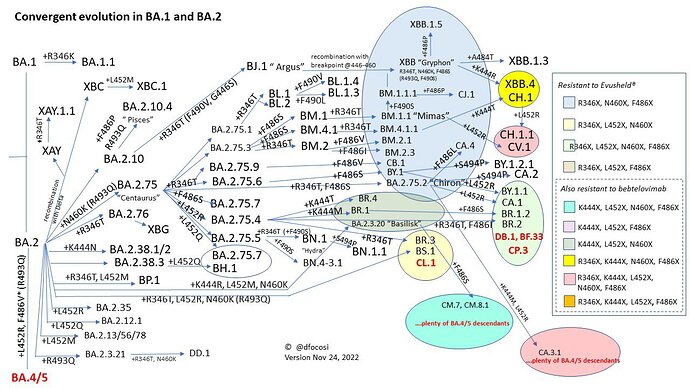 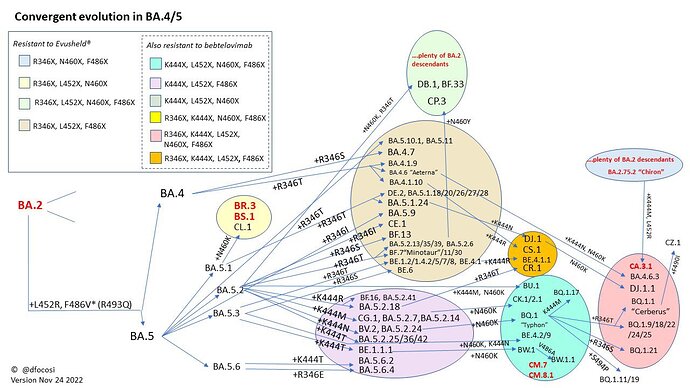 Another interesting thread on potential direction of future variants:
https://twitter.com/tryangregory/status/1596541873447145472?s=46&t=8u3ocH37zGTcsGl0gobkYQ 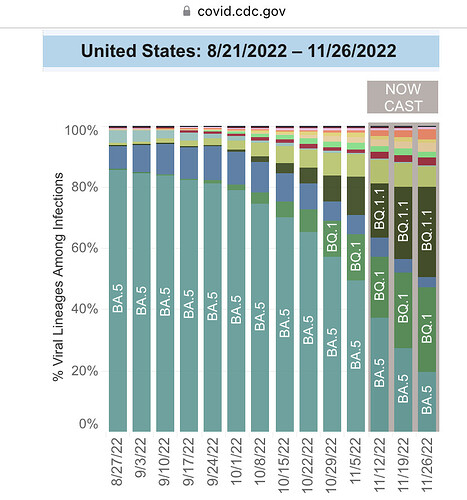 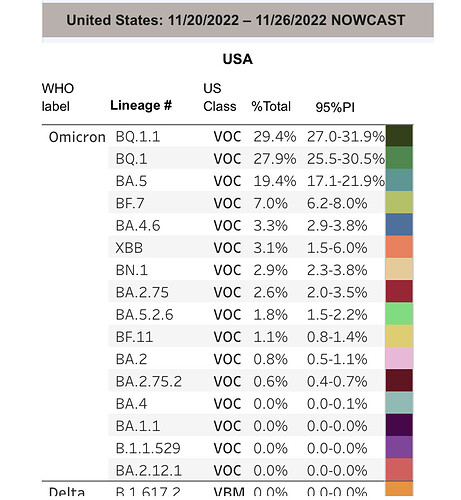 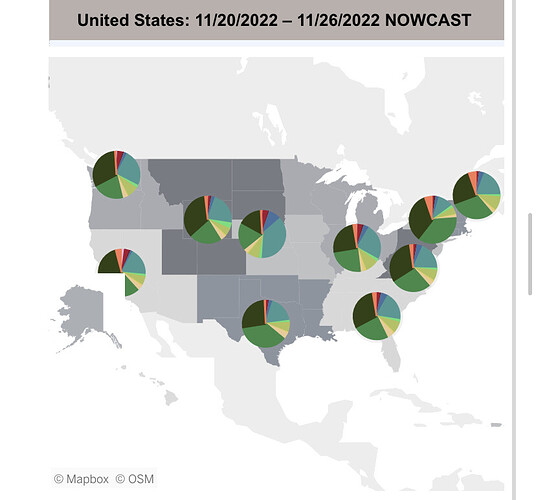 We’ve been plateaued at 2-4k/deaths per week for 8 months now. Over 100k deaths during that time. 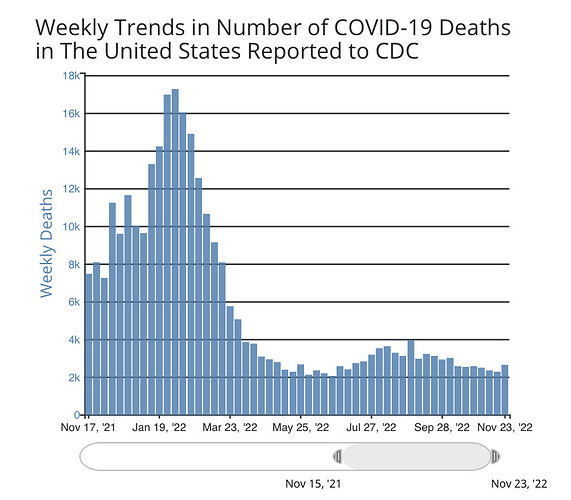 We’ve been plateaued at 2-4k/deaths per week for 8 months now. Over 100k deaths during that time.

Feels like we’ve settled in to this “best case scenario” of about 150,000 deaths from acute Covid-19 per year.

While it is difficult to know how reliable the Chinese CDC is, they are still doing pretty serious contact tracing, including using sequencing to verify chains of transmission. Thus, this is concerning. 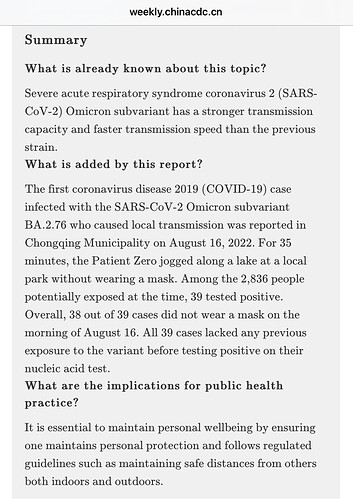 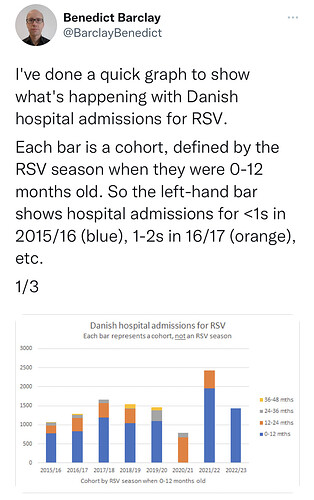 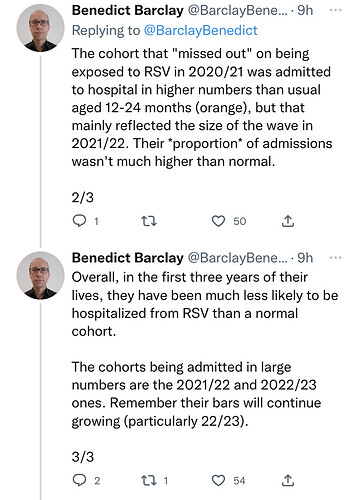 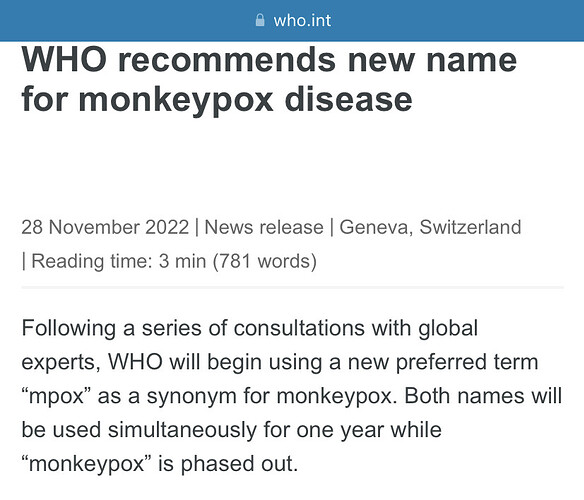 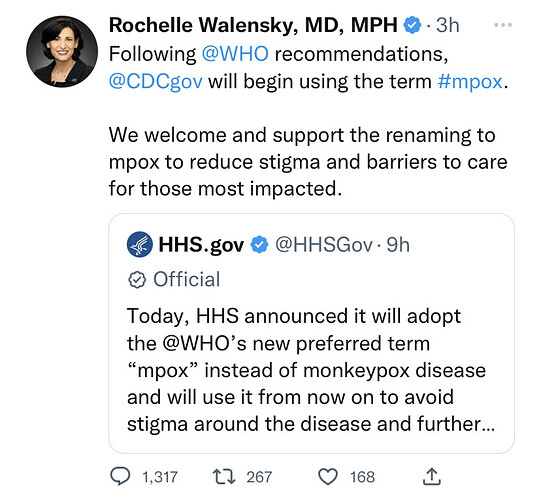 She has spent more time the past week renaming diseases than acknowledging that masks prevent them.

Edit to pile on: She wants to change disease names to reduce barriers to care for those impacted … but what about reducing the number of people impacted by illness in the first place?!?

While we’re changing names?
“Center for Disease Control and Prevention”

“Center for Disease Tracking and Treatment”

Not that they’re doing a particularly good job of those either, but “control” and “prevention” aren’t even really on the radar anymore.

I see that I never updated after Thanksgiving. We bowed out b/c our relative had just gotten sick. But, they offered that we could come over on Sat, and by then the fever was gone, so we decided to go. We stayed masked most of the time and I know they all thought it was weird but, so far, we haven’t developed symptoms. They think both illnesses were adenovirus, so we’re not in the clear yet, as I read that you can get that up to 2 weeks (but nobody really knew what the newly sick relative had, just the other family). 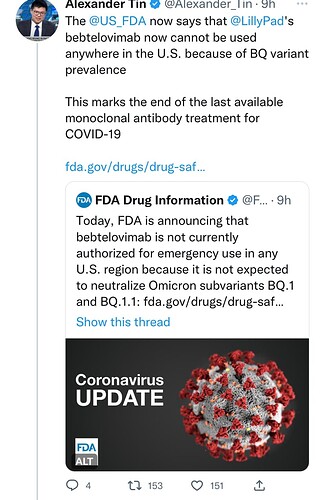 I’m feeling dumb b/c I definitely want to take my DD10, and possibly the whole family, to see Wicked at the Kennedy Center—but, I hesitated to buy tix b/c they announced an end to their 100% masking policy right when tix went on sale. I was recently there and, while I found it rather difficult to stay masked that whole time, I felt confident of not getting sick b/c everyone there was masked. And we didn’t get sick. Now I’ve caused trouble with my procrastination b/c all the tix for weekend dates are sold out except an odd seat here and there, and I need at least 2 together and maybe 5. I’m mad at myself for dragging my feet but also still worried about getting sick. That is a lot of people in one indoor space for several hours. I will at least take DD10, we can still get tix for a Friday or possibly NYE. Just not sure I want to deal with DC on NYE…I also am regretting buying tix for an indoor concert that is this Monday, sold out, about 6K people. I thought about selling them but found out that with the type of seats they are I can’t. I still want to go but didn’t count on the “tripledemic.” I am going to go. Hope it’s worth it. This is why I still haven’t used my flight credit but I am not willing to lose that amount of $$$…I just want to have some fun already, I wish I wasn’t a worry wort type of personality.

I feel confident going anywhere in an N95 mask even if those around me aren’t masked. Try and get end seats at least.