And then there’s the huge quandary if you set different rules, the metro people just flock to the rural areas, when that’s exactly what’s NOT needed.

Yes. I can see that, particularly in smaller states (CT, MA). I’m not thinking suburbs of a city though. I’m thinking like rural rural. Cow country. These are the places that did open up first, however. For that I am grateful. Where DS goes to school it’s been pretty much business as usual off campus since September.

In MI, when they relaxed the rules up north people traveled. It’s the middle of nowhere up there, but people went there just so they could go to a restaurant.

I can’t imagine doing that for dinner myself, but obviously you’ve seen that. Personally I wanted to patronize local places.

We have taken long road trips to pick up food we’ve seen from places on tv and never really got out to try - mainly because we’re tired of seeing the same 4 walls and enjoy the drive to somewhere new. That being said, every Friday night we’re still ordering from our favorite local restaurant we’ve been going to on Friday’s for over 15 years. But the occasional road trip for take out has been fun.

That sounds like fun.
We rarely ever eat out. As a big family it is too expensive. But. DH and I have eaten out more since September than we have in 20 years! With no trips and few activities, we’ve had money for dinners out for the two of us.

It’s much easier with just 3 of us - and neither DH nor I drink, so that helps too. DH and I have a deal - I cook 5 days a week but I get Friday and Saturday off

And the other part of our deal is the days I cook - he cleans!

Nice. I cook 20 meals a week. Kids help though. And DH and kids do dishes.

Friday nights I work at the hospital and I look forward to that cafeteria salad all week. (Seriously - they are amazing.)

I’m not sure we can tell a lot from that map. For instance, states are going to vary by how much they test for variants and it’s also not on a per 100,000 population basis so hard to tell prevalence even with what is presented there. Definitely I think variants are a problem but how much it affects MI vs the rest of the states is unclear.

From what I understand, the problem is not just variants, but overall cases among young people. Which is also our problem. The two counties with the state universities are the ones consistently reporting higher numbers of cases than the entire rest of the state. I’m hoping it’s a post-spring break thing that’s going to diminish but we’ll see.

If you look at the curve of cases here, it’s almost an exact replication of what happened when they went back to school in the fall, and started sports, and opened gyms. We’re close to the peak we hit in December, but hopefully vaccination and a shift toward doing more things outdoors will let us curb it without another lockdown.

This is really interesting to me, because we did the same thing here. And it was pretty scary in December because the ICUs were overflowing for a few weeks.

But… the restrictions were steadily lifted. I guess the best way to describe it was we just kept plodding along, schools have been face-to-face all year, and now no real mandates of any kind. And yet- the curve has fallen.

I can’t see an explanation for this. Most people in my state do live in cities- there really are not that many of us living in the real boonies- like me

. So I don’t really see that as an explanation.

But what I think is an explanation is that we get everything last. We get the flu last. We got COVID last, and I bet we get the variants last, too. That’s why I think we’re in a race to get the vaccine out before the variants hit here, too.

I’m not thinking suburbs of a city though. I’m thinking like rural rural. Cow country.

Yeah, Texas is way different from the east coast in how fast that transition happens. My house is <30 min from downtown Houston without traffic. I’m in suburbia. Then, stay on the highway 15 min past me, and you are in cow country. For the hour it takes until you get to the Gulf.

View from the highway 15 min south of me. I even found actual cows!

Our cities sprawl, but then they drop off to cows mighty quick. 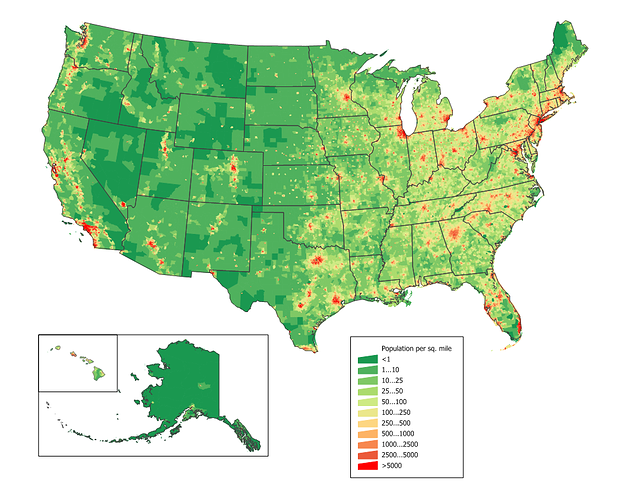 Just out of curiosity, I visited the CDC website and they do not even have us on the list to analyze the proportion of cases by variant strain. In fact, the entire group of northern plains states are missing: 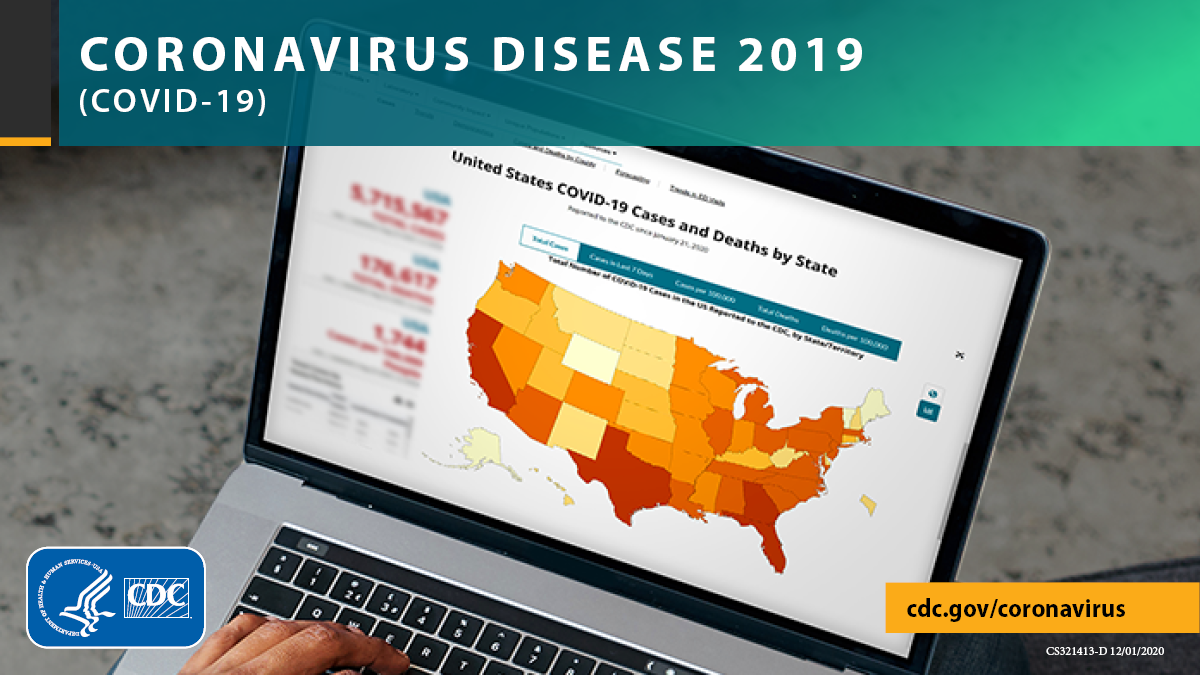 Cases, data, and surveillance to track and analyze COVID-19.

Now I don’t know if that’s because we don’t have it, there’s no data or they just don’t love us. But it’s annoying.

I live in a downtown area and the expansion of carryout offerings in my neighborhood has actually made me happy! I love not having to cook, but a lot of the time I don’t want to go sit somewhere and eat. I’m perfectly happy just picking up my food and eating at home.

We got COVID last, and I bet we get the variants last, too. That’s why I think we’re in a race to get the vaccine out before the variants hit here, too.

I really hope you get it!

The age thing is a big one… 16-30 is the large majority of cases here. My sister’s hospital (in the the last biggish city before you get into middle of nowhereland) is almost to capacity again, and it’s younger people this time. They’re seeing a lot more COVID-related strokes and heart attacks in younger people.

Entertainment and dining is the only part of my budget I can really play with and normally we’d rather not ever eat out in order to take vacation. But a year of lockdown made us do it a ton for us. Even more pizzas and stuff. It’s been one of our new things. And it has been fun trying things.

I will say prices have skyrocketed. I don’t know if it’s reduced tables or increased minimum wage or what, but it is crazy what we pay for even take out.

Our upstate cities are small really, and then there is a genuine circle of suburbs, and then come the cows at the edges of the suburbs. But the cows go on for hours before you get to the next set of suburbs. My patient population is diverse as people come in from hours out for cardiac care. I love the diversity. 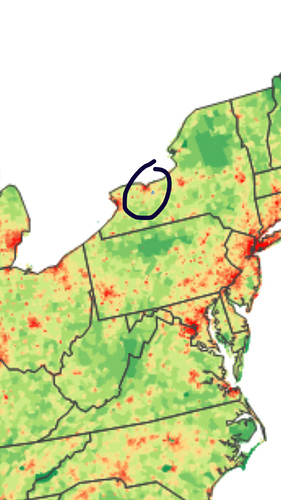 I’m the blue dot in the circle.

Actually, this map is a great job of showing how Long Island and New York City doesn’t look anything like the rest of New York State.

Hah, that perfectly describes every “city” in my state. So that’s why I think we’re not seeing a surge based solely on our geography. I think the variants just have not come here yet.

It is very concerning to me that our vaccine clinics are not full. They’ve been open to the general population for a few weeks.

There was a real push to get high-risk folks vaccinated- perhaps now everyone else thinks “low risk” means they don’t have to worry about it, especially since cases are dwindling here. Not sure it will stay that way if people don’t get vaccinated.

Tldr; patients are more likely to have mental illness after a COVID infection than after influenza or other respiratory illnesses.

I have started to wonder about getting a hotel room all to myself for a weekend so that I can get away from everyone. It’s because everyone in the family depends on me so much and I get constantly interrupted no matter if I say to not interrupt me. This is something I do during normal times occasionally but it also involves going to attractions around the city that I am normally far away from. This time I would stay mostly in the hotel room. I am thinking of this for when I am fully vaccinated, several weeks from the 2nd shot. But then I worry about catching a variant. I think this would be so good for my mental health, as I am an extreme introvert who hasn’t been able to be alone one day in 13 months, but I also don’t want to take an unnecessary risk. Hmm…the numbers here are still not good…but might be better in a month…

You’re vaccinated. If I were you, I’d go.

I’m sensitized to mental health issues because it’s a baseline problem here, and has been for decades due to a severe lack of psychiatric care. Several friends, colleagues and I have had first degree family members die by suicide. My state and the one next door have the highest suicide rates in the country.

Perhaps this fact has contributed to what people who live outside this region might interpret as lax COVID restrictions. But death is the great leveler. A COVID death is a death, whether due to the virus or not.

And the same is true, I think, of all levels of stress caused by this virus, including the stress you’re feeling.

In the end, your family can’t thrive unless you do. It might seem selfish in the short run to take time for yourself, but I don’t think it is at all.