Childless (Geriatric) Millennials are Home for the Holidays!

Achievement unlocked and I’m only like 5 minutes late for dinner! 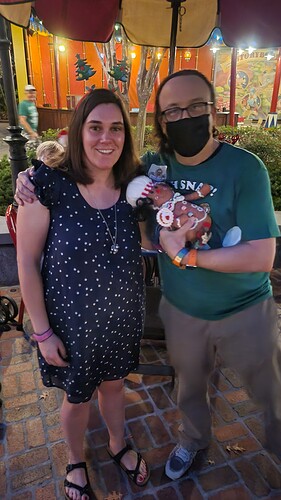 Sweet! What does @len have in his hand? A gingerbread Len?

That’s exactly what I was thinking

Hahaha that is exactly what it was!! It was so fun to meet all the TP travel agents and Cristina and Len. He was very gracious.

And then I dashed out of MK. Holy mother of people in the hub!! It was exactly 6 as I was leaving and I honestly would have thought the fireworks were minutes from starting. I don’t get it!

Toledo dinner was everything that I’d heard and more. Just fabulous! Here’s DH’s Aunt, Uncle and cousin and poor DH landed just as we finished so he and I will meet up at our Hilton. Up bright and early tomorrow for DHS and Genie +. I’m scared! 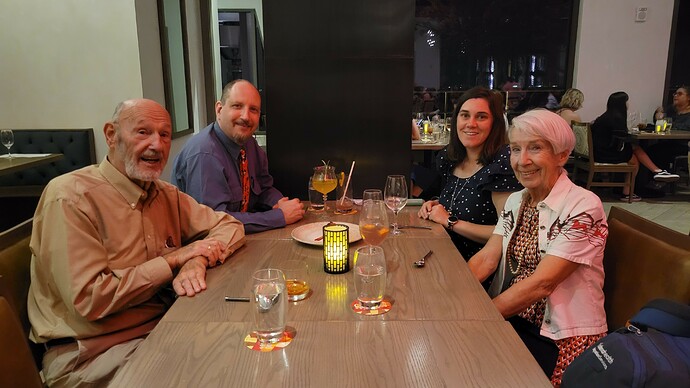 I should have said, that’s it exactly!

We flew from Logan and are staying at The Contemporary as well! The parks are packed, but we are having a blast! Have fun on your trip~

Good morning from the Rise of the Resistance queue! We had some delays this morning with device charging and a thrilling Lyft ride but made it in around 7:30 so it worked out. We were probably about 100 people back in line. We walked through the whole land and queue for a while and just stopped about 10 minutes ago. I’m hoping they open the ride soon! 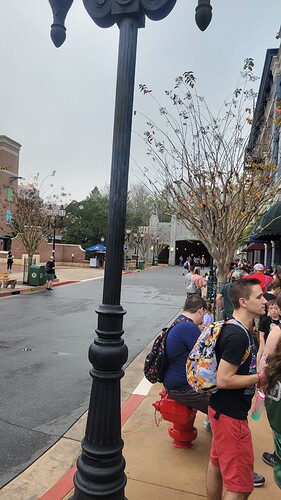 Genie+ status… I couldn’t buy it at like 6:30 so I deleted and reinstalled the app and still couldn’t. I was messing around and updated my preferences and then it did prompt me to buy. So that worked. At 7 we had both phones going with time.gov and SDD never populated on my phone at all and the first one we saw on DH’s was 4:30 (Epcot time). So I got TSMM for 9:20. I wanted to ride that a few times at then I can try for a SDD at the drop or grab TT or MFSR. I don’t think we’ll be able to do that prior to TSMM at this point.

Too much stress for “vacation”! Ugh. But DH made it!

I was wondering if he made it just this morning as a plane went over my house! Glad he did

At 7 we had both phones going with time.gov

I wonder this also, I often see people say to do this, but I’m not sure how it’s done.

We had it going till the last five seconds on one phone and switched over to the app. It helps that we had two phones. Otherwise just use it to see how far your phone/watch is off. But regardless it didn’t work for us!

We bailed from Rise

so I don’t think we will do it today. I think it did come back up before 9:30 but it was already so frustrating to waste the morning in the queue. I got a SDD LL for tonight at 7:45pm just after I tapped in for TSMM. It was before the drop I think. So we can get another around 11:45am. Hopefully RRC.

I assume half the park is in line for Rise so it’s not wicked crowded walking around. We got Ronto wraps (which we all admitted we wanted more than Rise). Saw Kylo and I did a quick pass through Dok Ondars. I see what you mean that it’s small. 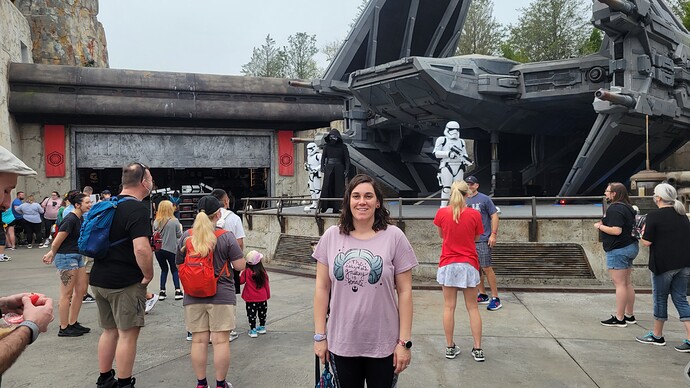 We are waiting standby for MFSR right now. TP says 25 minutes and DH’s cousin is deep in the Play app so it’s kinda fun!

But regardless it didn’t work for us!

thanks! Sorry it didn’t work for you but happy you snagged that slinky dog’s tail later!

I used one of my old phones. No service, but can still get Internet.

Thanks! I’m bringing my iPad but trying to figure out how to do it with one device on arrival day as I’ll be in the car at 7am (DH driving). I’ll have two teens along so I guess I’m gonna have to train them. Not sure I trust them with my precious Disney plan. However, DS did score two Play Stations on a drop due to fast thumbs. Maybe he’s my winner.

DS did score two Play Stations on a drop due to fast thumbs. Maybe he’s my winner.

However, DS did score two Play Stations on a drop due to fast thumbs. Maybe he’s my winner.

…and here I was so proud of myself for scoring one PlayStation!! My ds16 is going to be SO surprised!!