I’ve run 20 marathons and I can honestly say I have no idea why any remotely serious runner would want to run Disney.

Would you care to elaborate? If you’re going to be condescending, you could at least provide some reasons. The WDW Marathon will be my first, and I’m really excited about running through the parks, interacting with characters and other Disneyphiles like myself, and for my first marathon to be a in a fun, relaxed environment.

A lot of the “fun” themed runs that are so common these days are meant to be motivators to get people running. I’ve done a half marathon and several 5ks. Signing up for a race is motivation to get out there several times a week.

You don’t have to be a “serious” runner to be a runner. I think the idea of running through the parks sounds like amazing motivation. Because, frankly, I hate running.

This will be my first marathon. I’ve done a couple runDisney races in the past.

I’m laughing at the “more time running through Epcot” line, as how much more time could the course go through Epcot? The full WS loop and not just IG towards the entrance?

And with all of the construction to come…I’m sure they’ll bill running alongside construction walls as “a sneak peek at what’s to come!”

how much more time could the course go through Epcot

My guess is repeating Epcot. I could be way off, but my initial thought was that the course will be reversed, going through World Showcase first, then through HS to get runners through SW:GE before EEMH (if they extend them after RotR opens), then at the end going through Epcot again to run through FW. Perhaps this is also why they moved up the race 30 minutes, to get us through HS earlier.

I’ve run 43 marathons, in 22 states, also 50Ks and 50 milers, and Boston 4 times. Goofy Challenge 9 times and Dopey Challenge 2 times. I’m a Happy runner, but maybe I don’t qualify as serious – never really thought about it because its all for the fun and the joy of running.

That makes loads of sense. I was wondering what they would do since SWGE is open. Couldn’t imagine they’d let us run through there on the “normal” race course, but if they reverse it…interesting.

Of course, what about MK and running down Main Street?

I don’t mean to be condescending to your experience. But it seemed like you were complaining about the early start time. Logistics at WDW don’t make it easy. I’ll leave it alone. If you ever run a different marathon you’ll have a point of comparison. You should be proud of your training and I hope you do well.

I envy you. Sometimes running feels more like work to me. Maybe I need a new hobby. I have no doubt the Disney marathon can be fun. But are the logistics easy?

I wouldn’t run if it didn’t make me happy, I think. I’d find a different way to exercise.

On logistics, I don’t think it is any worse than large capacity big city marathons. For NYC, you have to haul yourself out to Staten Island, hours before start time. For Boston, you have to get out to the far western suburbs of Boston by car or bus. For Marine Corps , you have to navigate limited road openings, or the metro, and Pentagon security to get to the start. So yes, it requires planning and getting up early, but that’s pretty common for large number (20,000+) marathons.

I think that’s right. Boston and NYC are also logistically challenging. Although the seeding and wave start system provides some efficiency.

If you like big city marathons run Chicago. Loop course that starts and ends downtown with thousands of hotel rooms within one mile makes logistics easy. Course is flat but with lots of turns.

Chicago was marathon #4 for me, and remains my PR!

So yes, it requires planning and getting up early, but that’s pretty common for large number (20,000+) marathons.

I haven’t done a marathon, but did sign up for the Detroit International Half Marathon a couple years back. As it turned out, the logistics was the worst thing and, as a result, I didn’t actually end up running in Detroit.

The problem was with the International, you had to pick up your “race packet” the day before (Saturday) in Detroit and show them your passport or enhanced driver’s license. Trouble was, I happened to be IN Canada that day driving back with my son for a trip.

So, Sunday morning, I got there extra early so that I could take care of picking up my race packet at the last minute. I figured there would be a long line. Turns out, there was no line at all because NO ONE could tell me where to go. Eventually, after asking around for 30 minutes, I found a guy holding a big sign that said, “Questions?” I went over to him, asked, and he didn’t know the answer. I finally found a guy who said you had to go to the tunnel. Meaning, the Windsor tunnel, which was like a mile away. They sent me through Cobo Hall, but after I got to the other side, a security guy wouldn’t let me through.

I was wandering through the streets of Detroit trying to figure out how to get to the tunnel as the race was getting ready to start. But I was now a 1/2 mile away from the race start…and actually still needed to drop off my things, which was all the way on the OTHER side of the starting line, meaning even after I found and got my race packet, I would have about a mile and a half hike back before I would be able to start.

In the end, I left, super angry, practically in tears that I had spent countless hours all summer long training for this moment, and I wouldn’t be able to run it.

I did run the half marathon distance, however, about an hour or so later near my house where I had done some of my training. So I still ran it, just not where I had intended to. The whole experience put me off the idea entirely in the future. Now I just do local 5ks.

Well at least you didn’t end up like this woman 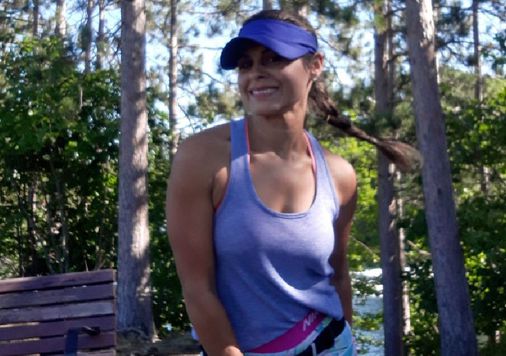 Woman who mistakenly signed up for half-marathon in Worcester, England, ends...

The 42-year-old Shrewsbury woman will receive a medal and T-shirt for her efforts, race organizers said.

I don’t have permissions to read the article. I presume she signed up for a race in the wrong location???

Yup. She lives in Mass and thought she signed up for a half in Worcester, Mass. Turns out the race was in Worcester, England. She drove out to Worcester MA and ran the 13 miles by herself.

It’s easy to drive in the morning of if you don’t want to pay for a hotel room too.

Yeah. Not too far off.

But I did have an experience unrelated to running like that. Many years ago, I heard an advertisement on the radio for a concert with my wife’s favorite singer at “The Masonic”. Which is what those in Detroit called “The Masonic Temple”.

So, I bought tickets, excited to surprise my wife.

That night, we got dressed up and headed down to Detroit, found a place to park. But this is when things started going weird. Because there were lots of others heading to the Masonic as well. But almost EVERYONE I was looking at was dressed in what appeared to be Indian garb, and some were carrying gifts. That was odd. This was a CHRISTIAN concert. My wife didn’t notice, just excited about the concert. But I was becoming more and more certain something was off.

When we got inside, it was clear this was NOT the concert I had tickets for. I then double checked the tickets. It turns out, there was a “Masonic” in Toledo. Which is where the concert was. An hour away.