We can be friends.

You’re not a dude

LOL, Yup. I actually did not start it TBH. Seeeeee I’m super lazy and love The Nightmare Before Christmas at the same time. I mean I’m really not lazy in life but I’m lazy about holiday decorations because I work full time while raising two kids (I used to love doing holiday decorations and baking but I just do NOT have time anymore…They keep making me do more and more at work ya know) So I got this idea to do a Nightmare Before Christmas style decoration on my front porch so I’m covered for all the stinking holidays. I had the Mexican pottery jack-o-lantern already and a baby chimenea Santa Claus…so I found the scene in the movie where Jack goes to the circle of holiday trees with their doors to the other holiday worlds and saw what holidays were covered. I went out and bought a bunch of other pottery to represent those holidays and put a Jack Skellington knocker on my door. But then my friend thinking me just lazy and that I should actually only have one out at time for the holiday of the season got me a non-holiday scorpion for my front porch which led to the idea of let’s add the birthday’s of the family in some representation to the holidays. So it’s really about expanding the holidays with the birthdays and we’re always set.

Could I have told that story in less words? YES

This is days late.

3 of us loved Indy . The one 9 yo was a little overwhelmed.

We just really loved that ride. It amazes me that Dinosaur is the same ride vehicle.

We’d love the Indiana Jones ride to be at WDW.

Maybe we’d get used to it. I still get a kick out of Tea Cups, and Tiki Birds.

I really want to come up with a more permanent idea where I can swap out the design for each holiday!! 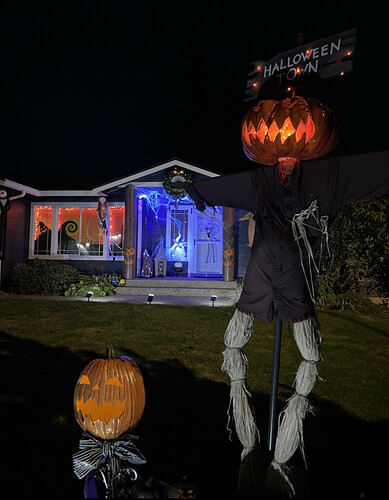 Who are the three handsome gentlemen in the first photo?

So weird sorry! I edited it. Idk how it picked 3 pictures I only clicked one

I have had it happen where as I’m scrolling through looking for a pic my finger pauses just long enough to select a pic I’m passing by.

We were really hungry (okay I was really hungry) by then, and our new friends had been enjoying the seasonal Toffee Pretzel while in line with us, so we headed there next. I failed to get a photo so I’m inserting some stolen from the internet. But as you can see it just looks like… a pretzel. So if you’ve seen a pretzel before you can imagine what it looked like. But oh. My. Goodness. This was no ordinary pretzel. It was absolutely delicious! The chocolate marshmallow crème dipping sauce really made it what it was; I could have eaten it with a spoon! Do we have this in World? If so, do yourself a favor and seek it out. Or if you’re in DL any time soon, get it! I was so happy our friends told us about it. 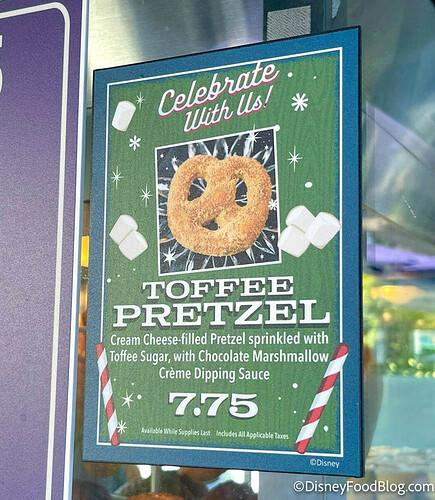 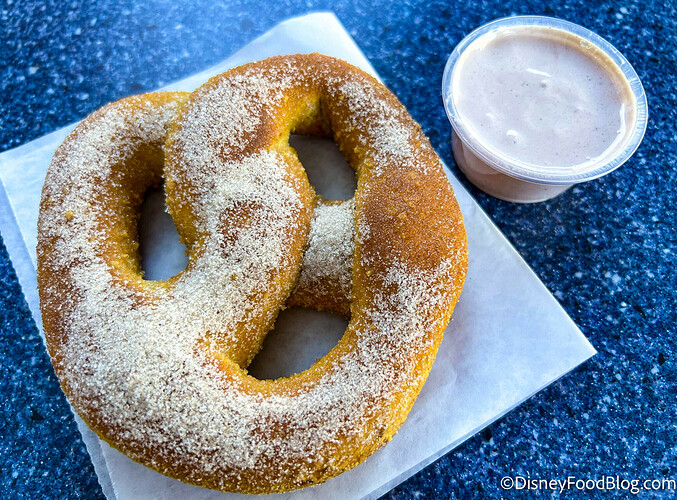 I also got a jalapeno cheese filled pretzel which was really good too.

We did some shopping in Star Traders. @bebe80 – look! They have a tee shirt featuring all SIX Oga’s coasters! 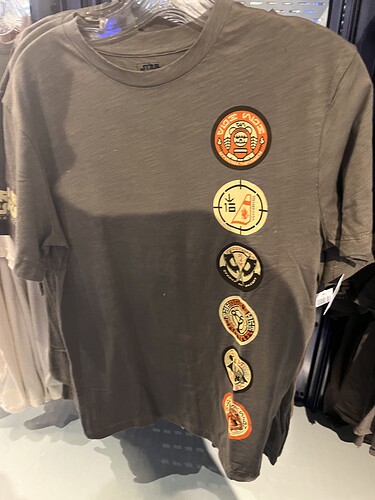 We saw Eeyore out on the lawn on our way by to ride BTMRR! 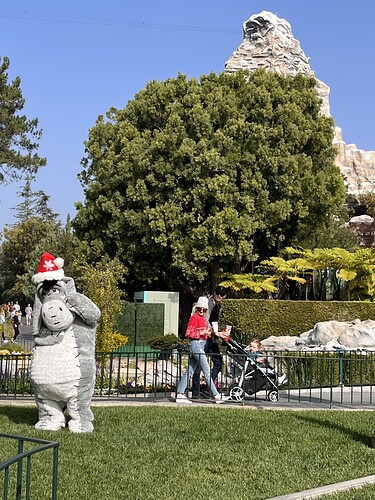 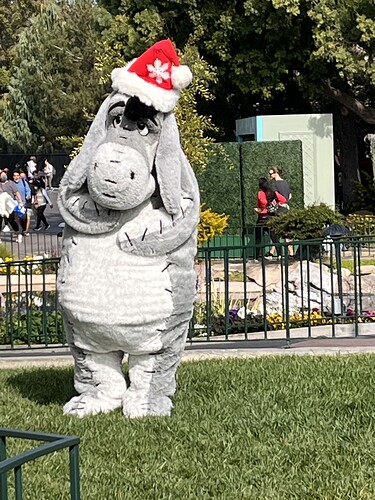 And we got in a posted 25 minute line for what would turn out to be a 12 minute wait for the wildest ride in the wilderness! These outdoor queues really kept scaring me! I’m so used to there being this enormous switchback maze once you’re inside any attraction building at World! It was a welcome “surprise” again and again when our wait was far shorter than my WDW-trained eyes led me to believe. 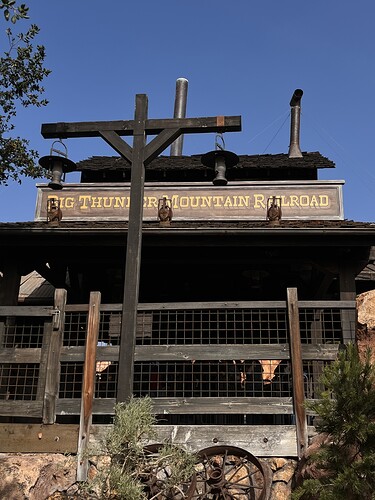 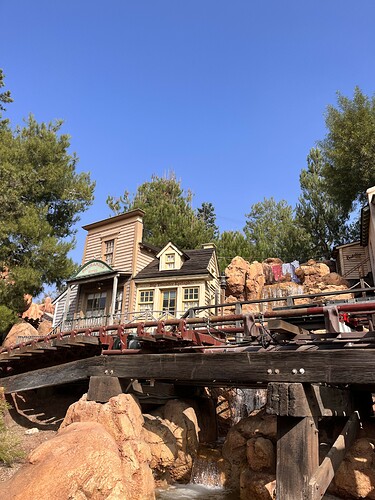 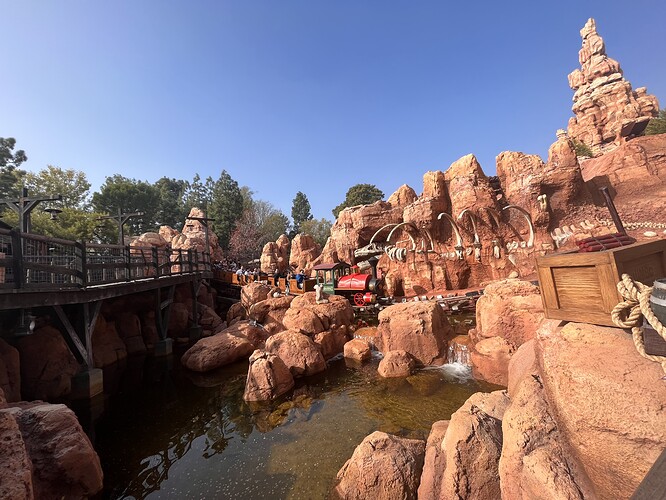 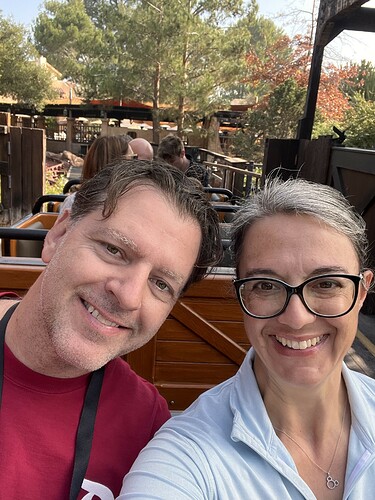 We took a trip almost all the way around on the railroad next, getting on at New Orleans Square and off at Main Street. I did not take any photos but the magic time tunnel was super cool and well worth the trip. I hope we didn’t miss much between Main Street and New Orleans Square, but we never did get back on so if we did we’ll have to catch that section next time.

We visited the Fire Station and looked for Walt’s lamp, but it appears it is a Christmas tree at this time. 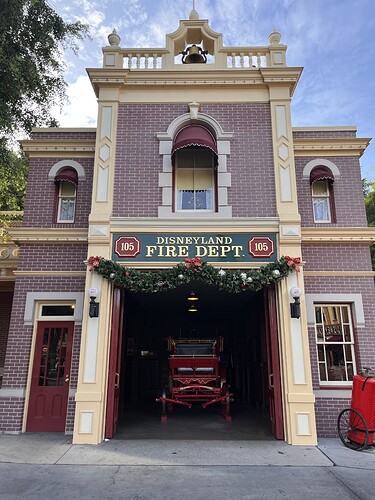 We caught the Dapper Dans, 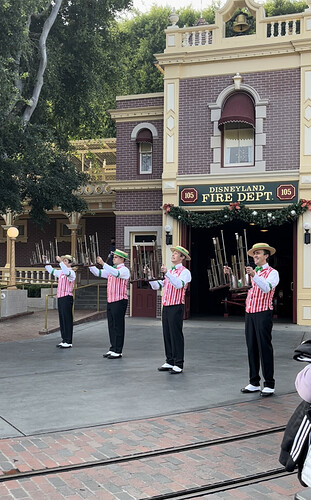 did a little shopping, grabbed snacks at Gibson Girl (him) and Starbucks (me – where I also picked up my DL mug from the Been There series) grabbed a few pics by the entrance, and headed into DCA. 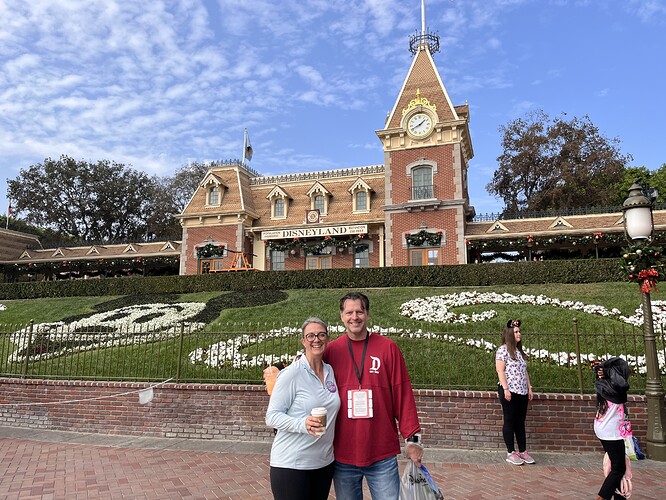 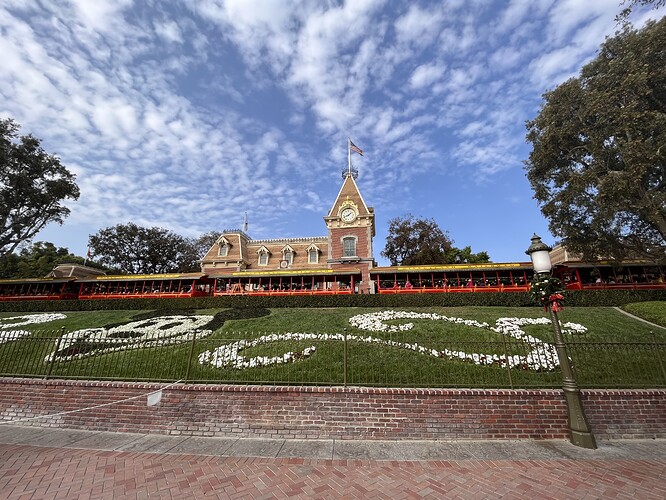 We were just snacking for lunch today, avoiding filling up on heavy stuff before our dinner tonight at Napa Rose. We had still each 3 tabs to use from our Sip and Savor pass, so we made our way to our chosen booths. Today he had the Impossible Chorizo Queso Fundido from Brews & Bites. He enjoyed this more than the Ruben tots he had yesterday and said it had good flavor and a good kick. As I write this I’m realizing why we kept having a hard time finding it on the menu, having pointed it out when we first saw the booth on Friday: it’s Impossible meat, so my eyes kept going over it mentally thinking that couldn’t be it because he won’t eat that stuff. Haha! He did and he LIKED it!

I got the Chana Masala from Favorite Things. The masala itself was good; the naan was lacking. I would pass on this one if I had it to do over. Not bad, just didn’t blow me away at all. I maybe have had too much Sanaa to be satisfied by much else in terms of Indian food

We headed back to the room for a nap. I didn’t think I would be able to fall asleep, but I was forcing myself to lay there for the hour regardless because I had 7 miles to do and needed to rest first. I fell asleep in a blink!

There’s really nothing. Just some forested area behind Jungle Cruise.

So we got the good stuff then

@bebe80 – look! They have a tee shirt featuring all SIX Oga’s coasters!

Hope you’re having a great trip!

Oh shoot now you got me. I can’t flip the top one around!

I hope we didn’t miss much between Main Street and New Orleans Square,

This is the segment that is okay to miss, for sure. Nothing that special between Main St. and New Orleans Square. I love the route around Rivers of America, I like going through IASW and seeing the topiaries from that view, and you can’t miss Tomorrowland to Main St. By contrast the section you missed is a disappointment.

When we passed by here the conductor asked us to wave at the CMs. He said they are so sad and miss everyone.

We were sad it was broken, too.

A week after the initial flood, Disneyland's "it's a small world" has remained closed. Is the damage worse than expected?

Could I have told that story in less words? YES

It sure is. Also the dinosaurs? It all fits into that ‘same, but different’ feel between DL and MK.

The wait for Alice was just about 10 minutes. We also really enjoyed this one!

I love Alice. One of my very favorite dark rides. I never considered that it was because of how well it tells the story, but you are right. I alsoove how stylized it is. And being next to those teacups just expands the themeing.

We checked out Roger Rabbit next. It was a cute ride, but I could skip it and be fine with that.

I hated this ride for some reason. I think my back was hurting and the jerkiness made it worse.

Together your opinions lead me to believe I must try Pinocchio!

I love all the random characters at DLR. They are just so dang charming!