No changes yet but maybe something to watch? 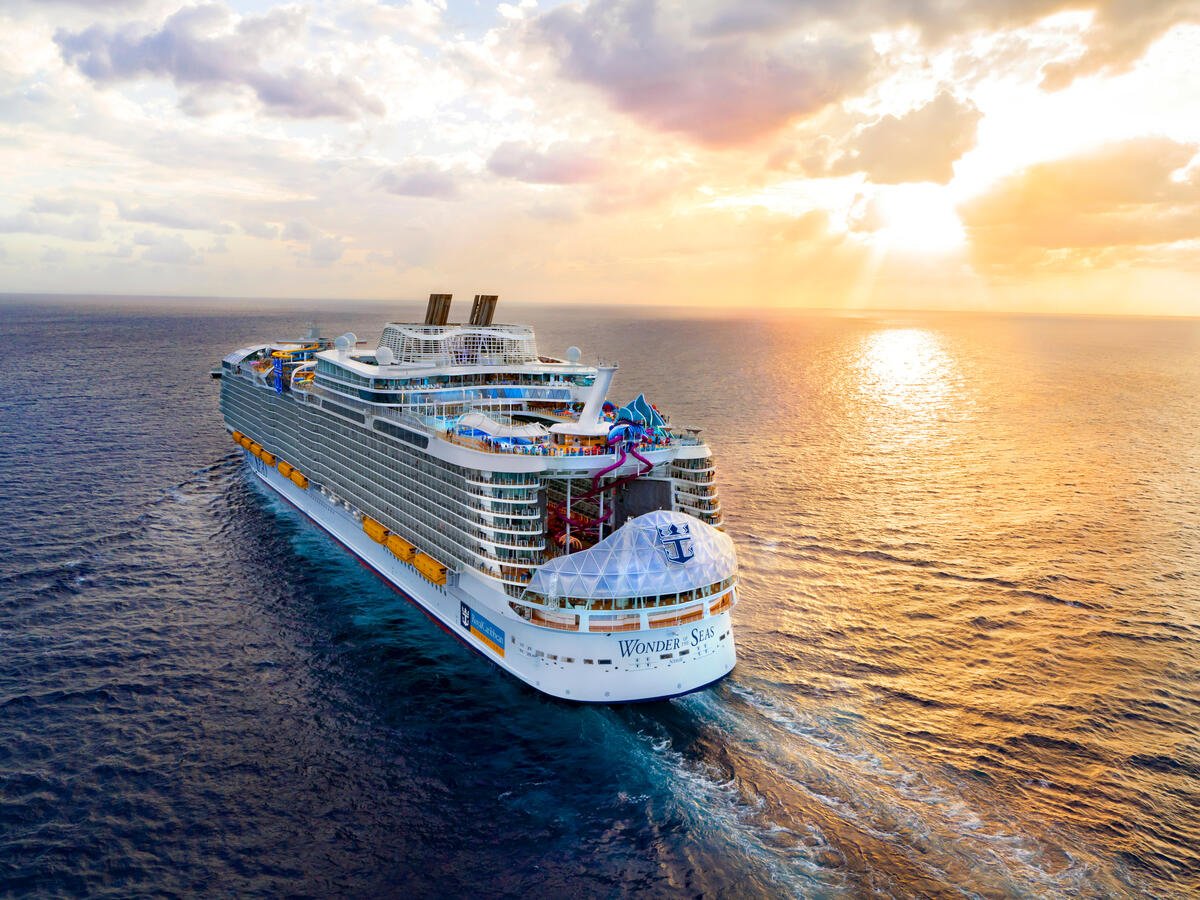 We aren’t planning to go on our first cruise until January 2024, so I figured these things would have been dropped by the for sure…but surprised they are doing so now.

At the same time, there are a lot of people who are finding cruising to be a stressful endeavor because of the hoops the passengers have to face before boarding. I suspect, based on what some cruise lines have already been done for cruises not involving the U.S., is just have a vaccine mandate, which seems reasonable.

So, there will be an influx of folks who have been waiting for this to happen…but I also expect some folks who likely felt safer with the strict rules for cruising might decide against for a while, depending on the current state of COVID spread.

Very interesting, though! Anxious to see what the cruise lines do in response, and how quickly.

Nothing has changed yet but I think since it is line dependent now, there could be big differences depending on the cruise line, especially in the beginning?

Apprehensively holding back tears of joy.

Oh. Please. Please get me back on a ship.

Thank you for posting this. I only look for cruise news every few days and just did this weekend. I could have missed this for another few days.

I hope this is almost over.

We just got back from an Alaskan cruise and probably half the ship was visibly ill when we got off, despite vaccinations and negative tests required to board. My in-laws tested positive during the cruise and we’re quarantined both on-board and in a hotel after. We tested positive shortly after disembarkation.

The cruise boards I’m on are all reporting the same thing.

I do not view this as a positive development.

do not view this as a positive development.

Although, it shows that the current precautions aren’t actually working.

Doesn’t your experience suggest that all the hoops didn’t really help anyway? Asking in a gentle way. Not a snotty way. It’s hard online.

I have issues with how all the visible illness was handled online - it was obvious people were avoiding being tested to avoid quarantine.

So, if the current procedures (which weren’t that good and not enforced in terms of masking) don’t work - we should just give up?

Cruises are a Petri dish in the best of times, when a pandemic virus is going around that is getting more transmissible and evasive of immunity…dropping safety requirements is questionable at best.

I avoid the COVID threads on here for a reason, so I’ll probably duck out of this one too.

Not only do I want to cruise again, but I want to see cruise lines thriving again. I feel like that one mode of travel has had more hoops maintained than others. And it hasn’t helped a ton it seems.

At the same time, there are a lot of people who are finding cruising to be a stressful endeavor because of the hoops the passengers have to face before boarding.

I’ll say this: I was incredibly anxious over how the whole process would work for getting cleared to sail on my cruise next week (that came up so suddenly OMG). But DCL anyway makes it smooth like buttah. I am mega impressed.

At the same time, it will be good for these things to go away, too

I have issues with how all the visible illness was handled online - it was obvious people were avoiding being tested to avoid quarantine.

So, if the current procedures (which weren’t that good and not enforced in terms of masking) don’t work - we should just give up?

I think this raises a good point.

I’ve always felt that rules need to work WITH human nature, not try to control it, as much as possible.

So, you have people who have possibly spent THOUSANDS, and waited a year or more for a cruise…so the chances they will just happily go, “Oh, I’m feeling a bit down, let’s risk being quarantined in my tiny stateroom for the next several day!” I can understand why people wouldn’t want to do that, even if it is the “right thing” to do.

Then comes the question of…how DO you handle it? That’s the tricky question. Requiring vaccinations ahead of the trip is a no brainer, because it is easy, and ensures greater safety/likelihood against serious illness for those on board. But it certainly isn’t enough to prevent it from spreading once on board. Testing just before boarding doesn’t help much, either, because it is the act of traveling to get TO the ship to begin where they might catch it, but tests would be negative still.

So, we can only ASSUME COVID is getting on the ships, no matter what. Clearly, those boarding the ships would know this and accept this risk if the rules are dropped. With the rules in place, you kind of have this mix of people who think it will be safe, and those who don’t care one way or the other. Masks have been shown, other than with N95 or similar, to not really help much in containing spread with Omicron, unlike with Delta and previous variants. So having a mask requirement probably isn’t terribly helpful overall.

It still leads to the question of how to handle those who are sick on board.

I think an appeal to guests that won’t force them to risk ruining their whole trip by being forced to quarantined would help…that is, that there is a strong suggestion that anyone feeling ill to avoid inside spaces apart from their state rooms, mask up when inside, and otherwise try to stay in outside areas of the ship. Beyond that…I have no idea what would be a good way to handle it.

Such a hot button topic, and you say it best with “no idea what would be a good way to handle it”.

I’m all for no testing before boarding, for the reasons you outline.

How was the transparency/communication from the cruise line about the number of cases?

Those that book a cruise know the elevated risk of getting a sickness on a ship. Pretty much everyone on the ship has either had covid (repeat infections aren’t as severe as the first) or been vaxed to prevent severe illness because that haven’t had covid yet. In these cases, covid is just another cold and should be treated as such.

Trying to prevent spread of a very contagious virus on a ship is pretty much impossible.

How was the transparency/communication from the cruise line about the number of cases?

Zero communication about number of cases onboard (and it would have been severely undercount anyway).

Lots of posters/screens onboard encouraging masking, saying to go to medical if you don’t feel well. But that was the only communication.

Even communication with the quarantined (my in-laws) on what was happening/would happen was terrible.

Those that book a cruise know the elevated risk of getting a sickness on a ship.

Personally I think I settled on the fact that cruise ships could have the same issues as WDW and even schools. I am sure many people would disagree but I think the numbers are higher on cruise ships because more people are tested.

My DW will never go on a cruise. She has had a fear of getting the stomach bug on a ship.

But yet other big crowded events are fine.

Given the amount of crew on DCL who have contracted it, I will be shocked if much changes.

The protocols in place were technically voluntary by the lines anyway.

And the vaccine requirements are largely because of requirements of the countries being visited. If the cruises aren’t sailing with vaccine mandates, they aren’t allowed in port (yes, even “private” islands which are still part of other countries - I’m most cases it is just an extended lease anyway). And because of US regulations, that cannot just sail around and not port. So as long as other countries are requiring vaccines, those are going to be required.