I kind of like to pair my vacations with thematic reading choices. Last tripto WDW I got Apocalypticon, the audiobook. A) I recommend it with some caveats. Its post apocalyptic and silly. So silly that when I tried to listen a second time with a family member they said it was the stupidist thing they ever heard. Clearly I disagree. But if you have a low tolerance for silly this is not for you.
B) I’m looking for other books set at Disney for adults. Any suggestions?

I LOVE silly! Thanks for the recommendation!

Last tripto WDW I got Apocalypticon, the audiobook.

This is funny, because I own this book, and have not read it yet. I bought this back when Communicore Weekly was still an active podcast, it was one of their book reviews and recommendations. I will now have to pick this up soon and read it. Thanks for the excellent reminder, @debbborra.

My tolerance for silly is pretty high. I read The Truth About Happily Ever After by Karole Cozzo a while back. It’s a YA / new adult with a fair dollop of romance set at Not!Disney - the main character is a theme park princess - and is relatively fun fluff (though not terribly memorable) if that is your sort of read. 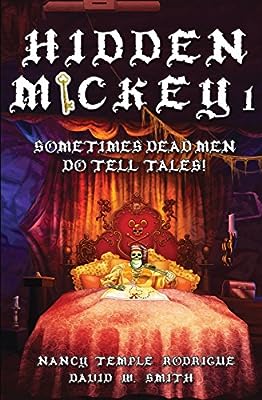 This is a 5-book series, and although it takes place primarily in DL, it’s still a great read for any Disneyholic. The first book has 2 present day young adults getting caught up in a “scavenger hunt” - that just might possibly be real. As the series progresses more and more fantasy elements are introduced. It jumps to the past and to the future, involves historical trivia, and even has Walt as a character in places. Read books 1-4.5. “Book 5” was written by Nancy’s coauthor of the first few book, and it’s really bad; the basic premise is stupid, and the execution is nothing but a retread of things that happened in the other book, but with different characters.

And if you enjoy these, she wrote a whole second set of 5 books collectively called “Hidden Mickey Adventures”. She claims that these are aimed at the “young adult” audience, but I found them equally as enjoyable as the first series, and they are a direct continuation of the first series with many of the same characters.

These must be read in numerical order; it’s one continuous story arc from book 1 to book 10 (although if you stop after book 4.5, pretty much all of the story lines are nicely tied up.

I’ve never read anything set in Disney or anything (although I’m kind of, sort of currently writing one here).

But there are a couple brief scenes set in an abandoned amusement park in the book series by Scott Westerfeld. Uglies. (That’s the first book in the trilogy. And to be clear, there are actually four books in the trilogy! Uglies. Pretties. Specials. Extras.) I really enjoyed the series a lot. It is YA. 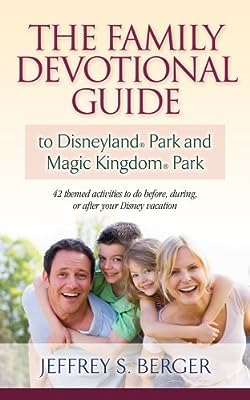 The Family Devotional Guide to Disneyland Park and Magic Kingdom Park: 42 Themed Activities to Do Before, During, or After Your Disney Vacation

Sometimes we do after.

I do this same thing on our vacations. And I do the same for my kids.

For our last trip, I picked up a Walt Disney biography. There are a lot of them out there. I read “The Animated Man,” by Michael Barrier. It was ok. Focused more on Disney’s work. And it wasn’t quite as long as some of the others.

We leave for WDW in a couple weeks and our nine-year old twins will be getting “Who Was Walt Disney?” and “Where is Walt Disney World?”

Did you see that there’s a sequel, Post-Apocalypticon? From the Amazon description: “Ben Fogelvee isn’t having his best apocalypse.”

Read that last month and loved it. Clayton Smith is a rock star.