Best To Go Dinner in MK?

DH and I will be leaving MK and hopping to AK around 6 pm for a 7 pm close. We might have time to grab food at AK if we aren’t running behind, before getting in line for FOP at 6:50. But I’d rather grab something at MK to take with us. Any suggestion for portable dinners other than mickey pretzels?

I like QS options at CHH and Sleepy Hollow

Spring rolls is also a great option but won’t really fill you up like dinner-ish. Though if you wanted snackages at AK that could work out

Turkey legs. I tuck a 2 gallon ziploc in my bag to transport them.

Watch it. They also multi-purpose to whack deserving people upside the head.

On your way out, you pass by Casey’s Corner, so you could grab corn dogs if you are into those.

I mean… i’m not sure what other purpose they serve OTHER than to whack “deserving people” upside the head. … cause it sure isn’t for eatin’

–
The Starbucks offers wraps too. Not…ideal (or very “disney” but…y’know, in a pinch…)

When we were munching on them while holding our place for MK fireworks, we had soooooo many envious people ask us where we got them. (The stand had closed hours earlier, but I’d popped them into a ziplock to stash them in my backpack.)

They are a solid option given the limited decent choices at MK. I mean, we’re offering up corn dogs as an alternative?

Hmm. I detect a bit of passive aggression in that “we”.

we had soooooo many envious people ask us where we got them.

I mean, we’re offering up corn dogs as an alternative?

Nuh uh… I ain’t offering corn dogs as an alternative. @Cgerres hasn’t done anything to me, no need to suggest that kinda punishment.

That’s why I said Starbucks wraps (and also mentioned they’re not ideal).

But I will admit… for mobile food, MK – or really almost ALL of disney – is SERIOUSLY sparse.

The stand had closed hours earlier, but I’d popped them into a ziplock to stash them in my backpack

How many hours earlier?

Any suggestion for portable dinners other than mickey pretzels?

I agree with those who offered Sleepy Hollow. The corn dogs and spicy chicken waffles are relatively portable, although you may have to stash the bag of chips or whatever they come with.

How many hours earlier?

Meh…USDA recommends 2 hours, it may have been close to that when we started eating them?

IIRC, the stand closed at 7pm so we probably went by around 6, this is how far we’d gotten at 8pm…they are a project… 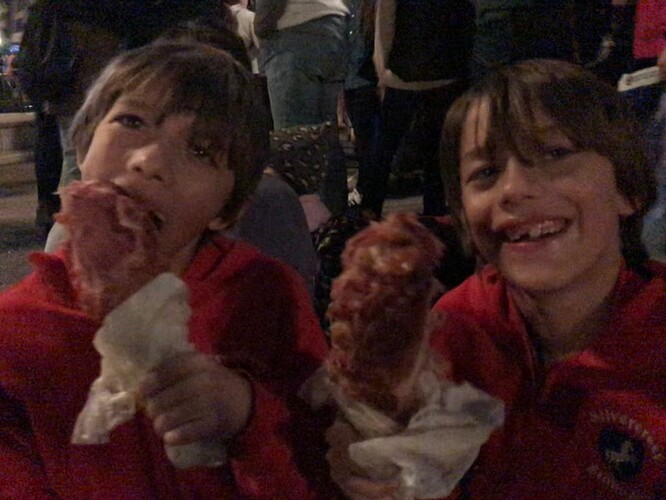 They sell the “Walking Tacos” 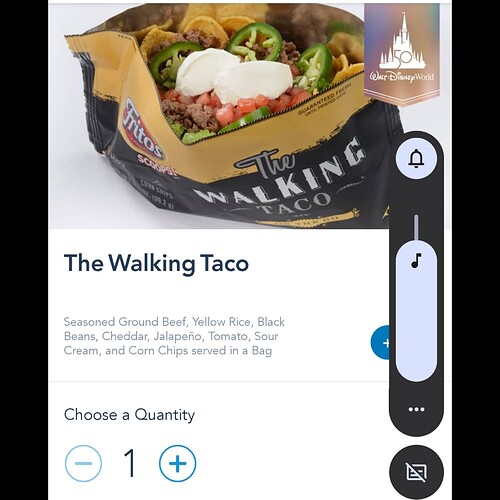 it may have been close to that when we started eating them?

That’s why you make the kids eat them first - just in case.

They kept a lot better than the spring rolls, anyway! They were pretty blah at room temp.

There is so much salt in those turkey legs, I think you’d have to try real hard to find a microbe that could grow on them.