For all of us that’s going first half of December, I’m watching that weather. Looks like a bit cooler than before (was high of mid 70’s, now low 70’s). I was hoping for a bit cooler but not too much more! How does everyone dress in Disney for low 70’s? Never been this time of year. Thinking about how the early morning and evening will be compared to the high. Around here, the difference is usually negligible so I don’t know what to expect!

Shouldn’t get below 50 degrees in the early AM. Shorts every day. T-shirt underneath. Long sleeve t-shirt or sweatshirt over top for the morning and evening. Watch the wind speed predictions, you may need a light jacket on windy/cloudy days.

I’ve been thinking about this, too. I get cold easily, so I will probably wear jeans and a t-shirt and bring a sweatshirt. I will probably bring my lightweight but warm puffer jacket, gloves, and head wrap.

70s should be good with shorts and T-shirt. Maybe sweatshirt for the a.m. and evening.

Depends on whether you’re hot or cold natured, really. I would wear capris and a light t-shirt in that kind of weather, but I’m extremely hot natured. My daughter would wear her hoodie.

Watch the wind speed predictions, you may need a light jacket on windy/cloudy days.

I will need long sleeves and sweaters, just trying to plan for DH

thank you! Its that much different in morning/ evening vs mid day? Man we vary 5-8 degrees at most, with a few exceptions.

This will be me! Trying to pack light, could buy a heavier jacket if needed.

70s should be good with shorts

Thinking shorts for DH, jeans for me definitely. Just wonder about his shirt situation, lol. He doesnt want a jacket but if he get cold it will be a bunch of complaining.

No hoodie. Im cold easily, DH is different. Just dont want to lug around unneeded gear. Previously I thought shorts and t shirt for him and tag along a long sleeve undershirt if he gets cold. Just wondering if thats enough. Like how drastic is the change from night to day in FL? Hes ok in cooler weather (im already planning to bring sweaters for me

It’s about a 20 degree temperature swing.

DH should wear a button up thin long sleeve type. Unbutton during the transitional period.

It’s about a 20 degree temperature swing.

DH should wear a button up

Button up is his “nice clothes”, no chance but this does help so I know what to expect.

I say that because I work outdoors and always wear flannels. They are very adjustable depending on temps.

Do watch the weather for several days before you go. I like nws - national weather service, and reading their discussion about long term. Meaning to say, the next week.

I’ve been at WDW the first half of December when the high did not get over 55 degrees. Not saying this is normal; if there is an odd dip in the temperature, it’s better to be prepared for it.

I leave in 7 days, I hope the forecast is right but I know here it never is! Lol

The only day it hits 70 now is our day of arrival, Nov. 30. Rest of the time highs range from 59 to 69. This means I have to rethink my wardrobe. Was planning to bring a couple long sleeves for the evenings, after dark. Now I will need long sleeves every day.

I think short sleeves w/ a light jacket/sweater is a good option. Heck, buy one of those Disney spirit jerseys when you get here

you know the ones that @Dreamer and her daughters are sporting

Here’s the weather station I watch… they have 10 day forecast if you scroll down. 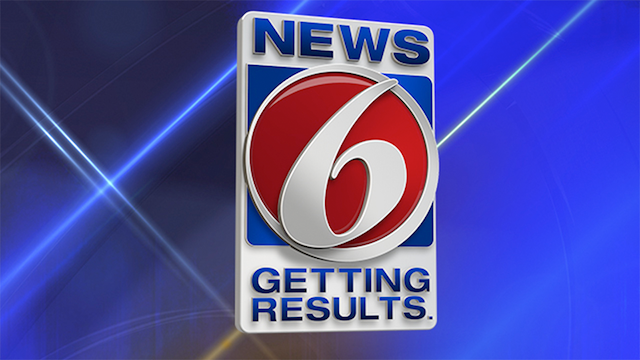 From Melbourn NWS, here’s some discussion - as long range as there is currently.

“Model guidance has come into better agreement showing a cut-off upper low over the SW US pushing eastward this weekend then phasing with the northern stream over the eastern US, resulting in a large cut-off upper low over the TN/OH valleys early next week. In the low levels, a surface low will develop along the central/western Gulf coast Sunday and lift quickly NE toward the eastern Great Lakes while deepening rapidly. A strong cold front is forecast to push across the area on Monday preceded by a band of showers/storms. Wind fields suggest a threat for strong to isolated severe stormes as the convection pushes rapidly across the area. There are some timing differences with the ECMWF [weather model] now being slightly faster (after midnight Sunday) and the slower GFS [another weather model] on Monday. Have increased PoPs - precip chances - and added thunder to northern sections late Sunday night but maintain highest PoPs for Monday at 50 percent. Both models show strong cold advection behind the front Monday night and Tuesday. The ECMWF may be too cold as air parcel trajectories will be off the Gulf of Mexico which should allow some airmass modification. Nonetheless, much cooler air will overspread the area with low temps Tue in the 50s, except 40s north of Orlando.”

Maybe the strong cold front won’t hang around long. And the 50% rain on Monday means half the locations could see precip. As was mentioned, the wind is key. A good windbreaker helps immensely. As well as something to cover ears. I like an ear band.

Our main question for winter visit packing is how many of each - shorts/tees vs pants/sweatshirts - do we bring. That we’re bringing both is a given.
Having access to laundry makes for lighter packing.

We went a few years back in Dec and the temps were forcasted in the 70s all week. I am someone who is always cold so prefers it to be above 80 to not wear pants and even then it could depend. The temp while we were there was all over the place. Some days 70 and drizzly, some days 80s and super sunny. I found that in the 70s j was good with capris and a tshirt with a light swaeter or ling sleve t wrapped aroumd my waste. The sun is still hot so even in the 70s if the sunbis shinning I was wishing I had a tank underneath. There were other days I wore a sweatshirt all day when the sun was not shinning. My suggestion is wear pants and layers on top that you can add or remove easily as the weather dictates throughout the day. On the other hand My husband wore shorts and tshirt all week with no complaints and my kids were wishing they had shorts some days

Here is the forecast for the days we will be there as of today. Could change…but so far, temps keep dropping. 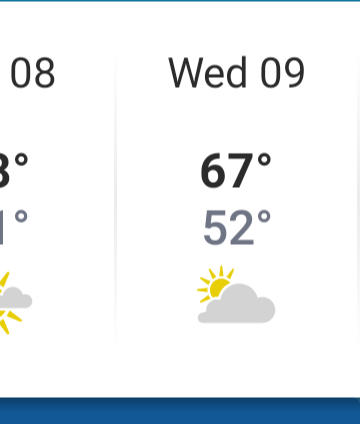