For those of you who have recently returned. Is there still an opportunity to meet Baymax at Epcot and, if so, where?
I know originally the plan was for the M&G to suspend temporarily in September but then i read a couple of trip reports that stated he was still there after the announced suspension date.
I’m seriously hoping he’s still somewhere on the premises - it would make my 4 yr old’s day. Last time we were there we didn’t meet baymax as my DD was 5 and not interested and DS was only 1. But between then and now he has come to love the movie and it would be awesome if he could meet him.
Let me know.

I believe both @terp05 and @qwerty6 visited BayMax on a recent and current trip, respectively.

I also would like to know for my upcoming trip in December, so thanks for asking! 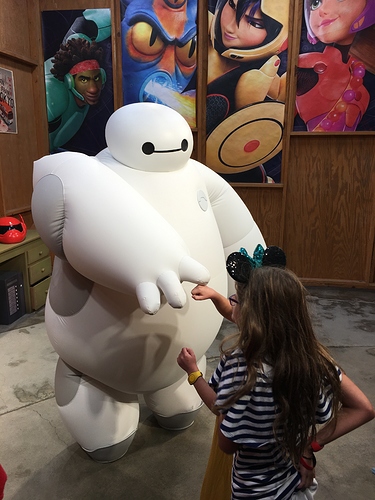 @qwerty6 beat me to the punch, but yep still in the same spot as always. 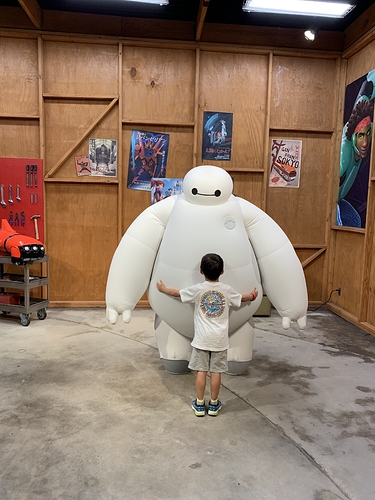 in the same spot as always

In the little breezeway near where the Starbucks used to be, across from the old character spot, next to the FPP computers.

I like how @terp05 (baymax) directs to self. Lol

I wish I was directing to self. Epcot is much more fun than Maryland!

Innoventions west. Door on the south side.

Me either!!! I was COMMITTED to figuring it out today. I loathe the set up for Epcot and it’s maps… inherently bad IMO. Upside down!

@terp05, @qwerty6 thanks SOOOOO much! I was hoping he was still there but definitely puts me at ease to get confirmation.

@DumboRunner thanks for pointing me in the right direction!

Y’all are awesome and sooo helpful!

Baymax experts, with all the construction around Epcot is Baymax still meeting?

Baymax … and Sadness (but not Joy for whatever random reason) were set to stop meeting sometime soon.

He was still there when I was last there in October, during the construction and well after the published departure date of early September.

Did you see him there when you were just there @OBNurseNH? Or maybe @DumboRunner @Wahoohokie or @MouseGirl42 (who is there now) may know?

I saw something yesterday on one of the blogs that Joy has a new meeting area, Sadness and Baymax are no longer meeting. He’s also no longer listed on the Character Locator.

I didn’t try to see him.

Yes it seems that the baymax character meet webpage has also disappeared. All I get is the Stitch error “somebody ate the page”.